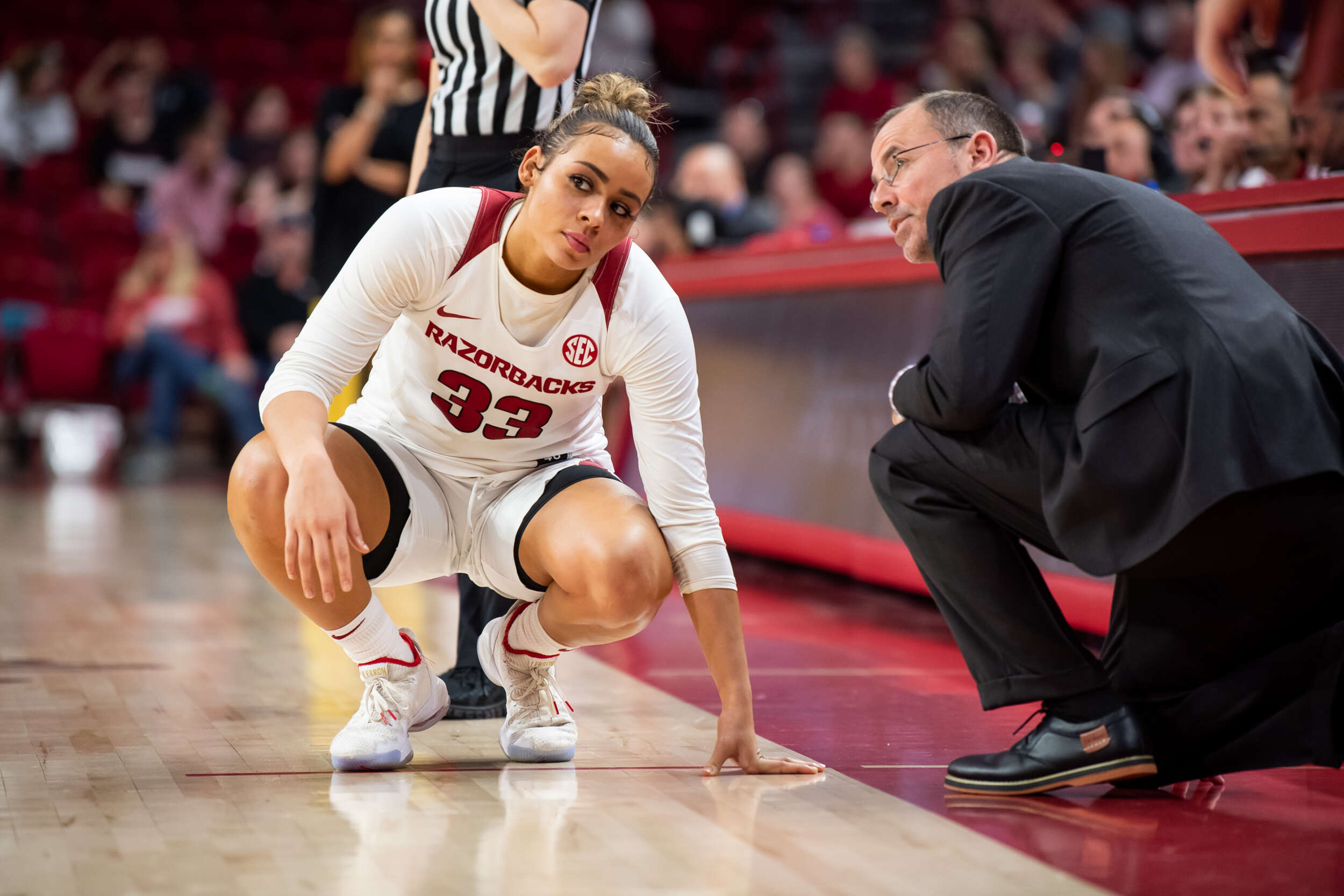 FAYETTEVILLE, Ark. – Alabama women’s basketball dropped its regular-season finale, 94-76, at No. 16 Arkansas on Sunday in Bud Walton Arena. With the loss, the Crimson Tide heads into the postseason at 15-8 overall and finishes the Southeastern Conference season at 8-8 for the second straight year.

Ariyah Copeland led Alabama in scoring and rebounding with 18 points and a game-high 13 rebounds, while Jordan Lewis chipped in 15 points and Jasmine Walker finished with 12 points and nine boards. Destiny Rice rounded out the UA players in double figures with 11 off the bench.

As a team, the Tide outrebounded the Razorbacks by 10, 41-31, and had 42 points in the paint compared to 16 for Arkansas, however the Razorbacks were on fire from three-point range, hitting 19 in the game.

Moody Gets Second SEC Freshman of the Week Honors

Hogs only missing fans in run at titles