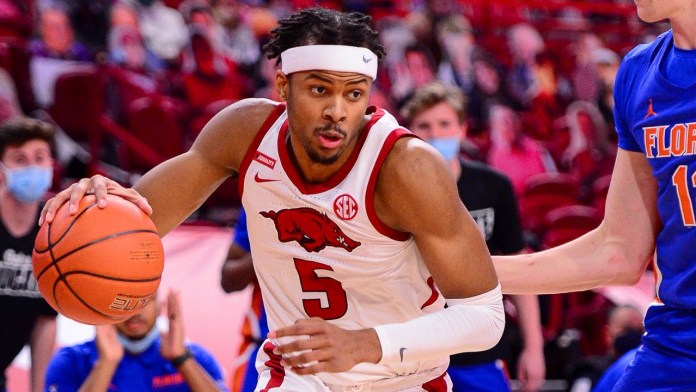 FAYETTEVILLE, Ark.– After wins over the top two teams in the SEC last week, Arkansas guard Moses Moody was named the SEC Freshman of the Week, the league announced today.

This is the second time Moody has earned SEC Freshman of the Week honors this season. He has also been named the overall SEC Player of the Week twice this season by College Sports Madness.

Women’s Basketball Falls at No. 16 Arkansas to End Regular Season