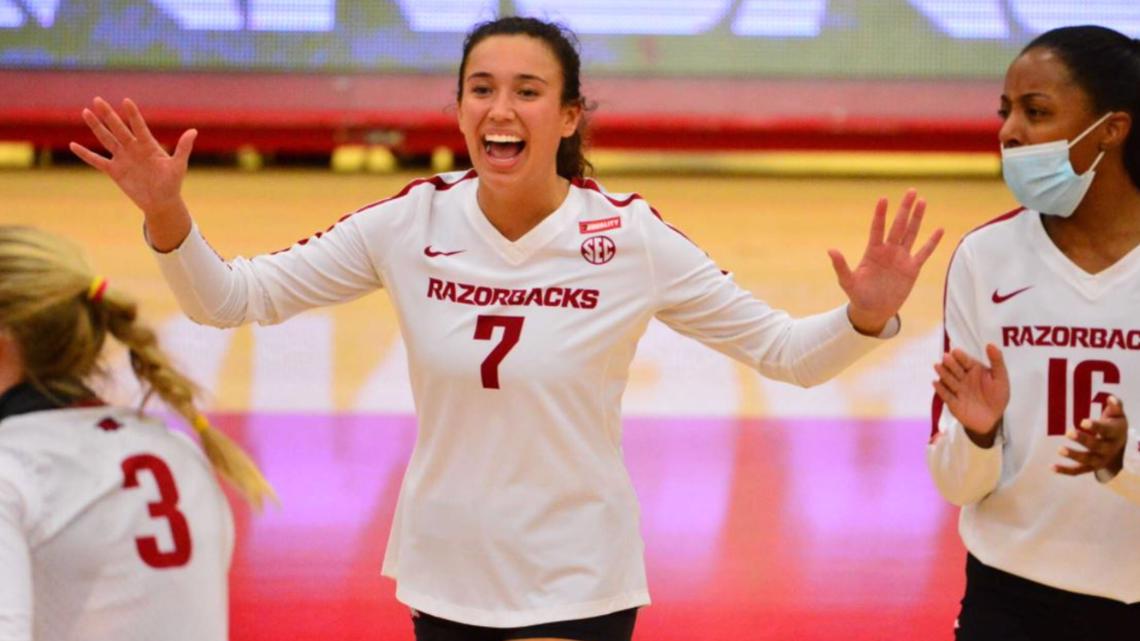 FAYETTEVILLE, Ark. — Fifth-year head volleyball coach Jason Watson was honored on Sunday with his first-ever SEC Coach of the Year award. Sophomore Jillian Gillen was named SEC Scholar-Athlete of the Year and freshman Taylor Head was named SEC Freshman of the Year. Gillen and Head also each earned a spot on the All-SEC team and All-SEC Freshman Team respectively.

Watson led the Razorbacks to 14 conference wins over the split-season, the most for Arkansas since 2003. The Hogs averaged an impressive 1.58 service aces per set, good for second in the SEC and the fourth-best in program history. Arkansas’ maintained strong performances on both the offensive and defensive side of the ball, recording 14.57 digs and 12.95 kills per set this season.

A native of Winter Garden, Florida, freshman Taylor Head has been an unstoppable force on the court for the Razorbacks this season. As the only freshman in division I ranked in the top-20 for kills and digs per set, Head has cemented her spot on both offense and defense in all six rotations.

Of her 22 appearances, Head recorded a league-best 13 double-doubles. She posted a season-best 20 digs at Mississippi State on Oct. 18 and then registered a season-high 18 kills against South Carolina on March 19.

This season, Head led Arkansas to six, weekend sweeps of conference opponents, including the Hogs exhilarating sweep of then-No. 14 Texas A&M in the fall. She finished her rookie campaign as a three-time SEC Freshman of the Week honoree for her performances.

Gillen, a sophomore from Stilwell, Kansas is currently double majoring in communications and marketing. Through the 2020-21 academic year, in which so many restrictions and limitations were put upon student-athletes across the nation, Gillen managed to earn a 4.0 GPA this fall and land herself on the 2020 Fall SEC Academic Honor Roll. She is on track to finish her sophomore year with a 3.833 cumulative GPA. Since arriving on campus in the fall of 2019, Gillen has been named to the Athletic Director’s List and the Dean’s List in all three semesters.