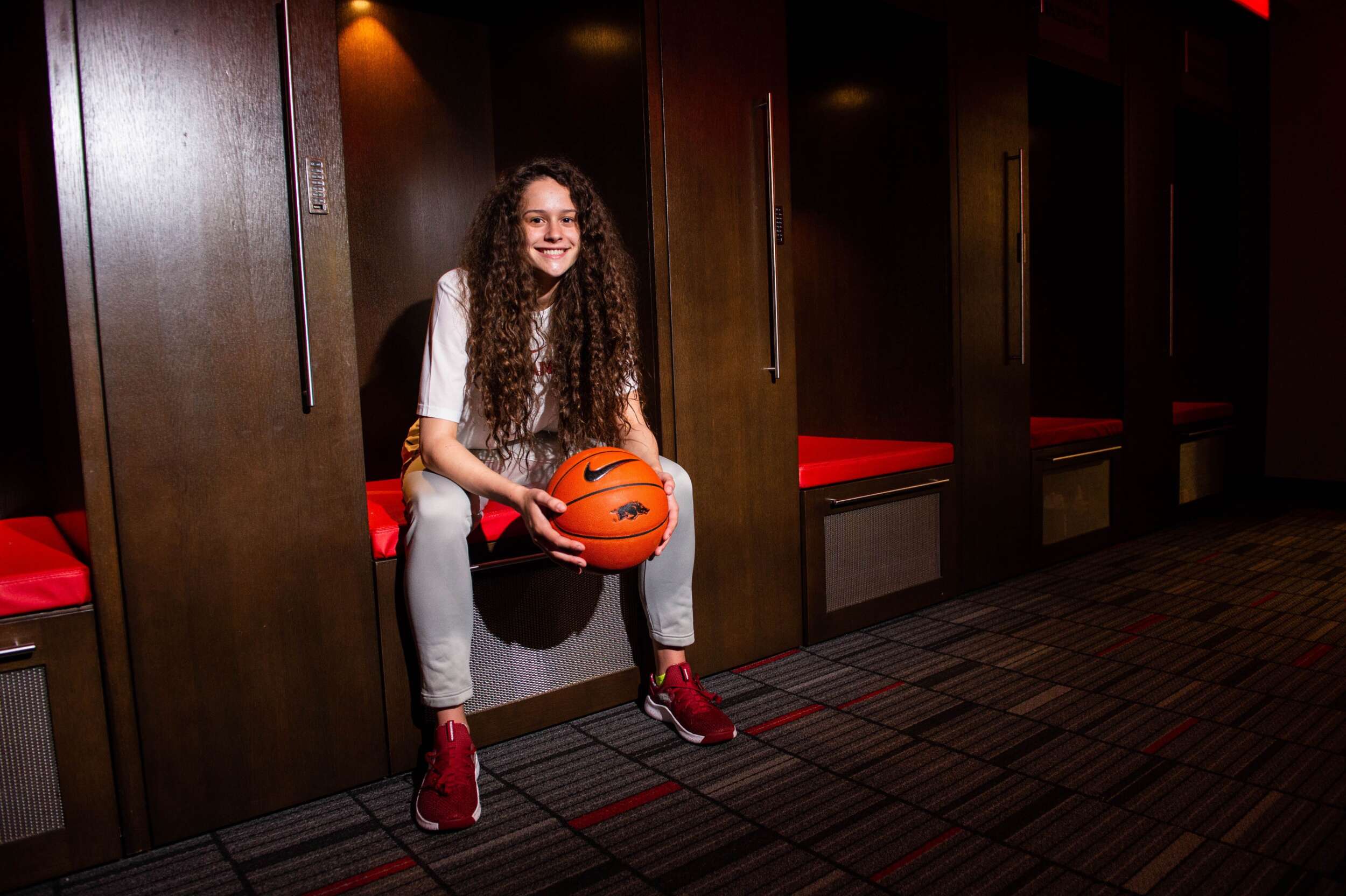 “The bright future of our program just got brighter with Sasha Goforth coming home to Fayetteville,” Neighbors said. “She returns to the very place we all watched her lead the ‘Purple Dogs’ right across the street from Bud Walton. Sasha had an amazing year, earning All Pac-12 freshman team honors, and gained irreplaceable experience competing out west. That experience will be critical, as she joins our returning core of Makayla Daniels, Marquesha Davis, Amber Ramirez and Erynn Barnum. She will be a great leader for our incoming freshman class. Lastly, she and Elauna Eaton will finally get to wear the same uniform as the two most decorated players from our great in-state high school programs.”

Goforth is coming off of a standout freshman season at Oregon State, as the 6-foot-1 guard started every game this season, averaging 11.6 points and 3.6 rebounds per game. Goforth ranked third in scoring behind Aleah Goodman and Taylor Jones for OSU. Goforth brought her multidimensional game to Corvallis, as she tallied 34 assists and shot 36 percent from beyond the three-point arc, but was also good defensively, tallying 19 blocked shots and 15 steals. As a result of those numbers, Goforth earned Pac-12 All-Freshman honors for the 2020-21 season.

During her freshman season, Goforth had several big games, including two 20+ point performances, and a double-double against Utah. Goforth also has a knack for blocking shots, as she had 19 of them in 20 games played at OSU. That mark would have been the third-best mark on Arkansas’ roster last year despite the Hogs playing in eight more games.

A highly touted high school recruit, who played her high school ball at Fayetteville High School under Vic Rimmer and her club ball for Nate Sadler, Lee Shannon and Brian Morgan with the Arkansas Banshees, Goforth was rated as the No. 7 player in the nation according to Blue Star Basketball at the time of her signing. She also finished as ESPN’s No. 21 overall player in the class of 2020. She came into college well decorated, as Goforth was a three-time All-Arkansas honoree and was the Arkansas Gatorade Player of the Year in 2019. She was one of six girls in the nation to earn an invite to the exclusive boys Under Armour SC30 Select Camp, while also making the state All-Tournament Team twice.

For more information about Arkansas Women’s Basketball, follow us on Twitter and Instagram at @RazorbackWBB and on Facebook at Facebook.com/RazorbackWBB. Be sure to subscribe to our YouTube Channel, “Kickin’ It In The Neighborhood” for an inside look at the Razorback women’s basketball program and check out The Neighborhood podcasts at CoachNeighbors.com.