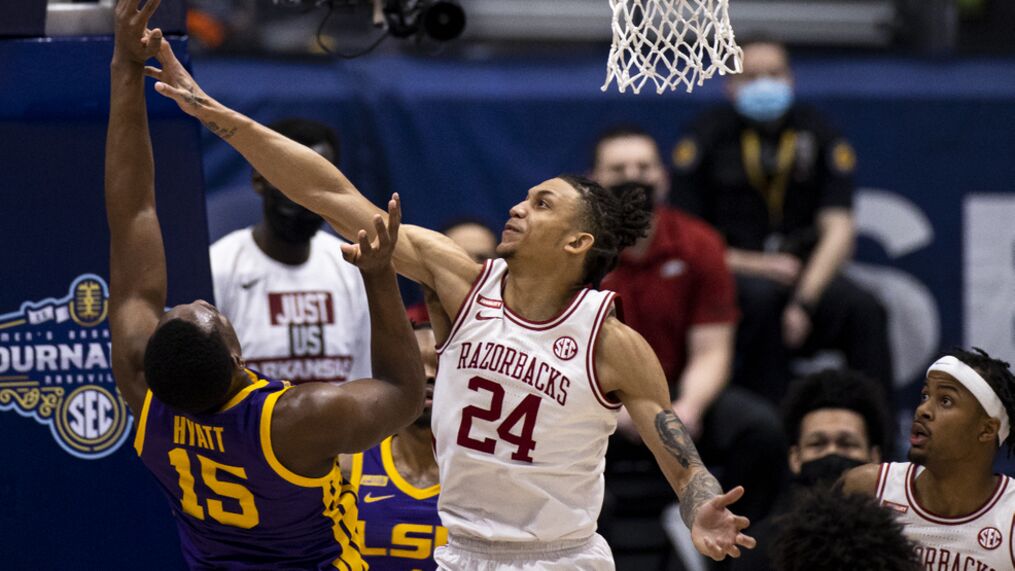 The junior forward announced his decision via his Instagram page Wednesday afternoon.

Henderson, out of Parkview Magnet in Little Rock, appeared in 18 games this year, averaging 1.2 points and 1.3 rebounds in 6.1 minutes per game.

In his post, Henderson said that “being a Razorback for the past 3 years has been an unbelievable opportunity. Being able to play for my home state is an experience I will always remember.” He also thanked both former Arkansas head coach, Mike Anderson, and current head coach Eric Musselman, finishing his post by saying “LOVE RAZORBACK NATION”.

Henderson is the second player to transfer out of the program since the Razorbacks’ season came to an end in a loss to Baylor in the Elite Eight on March 29.