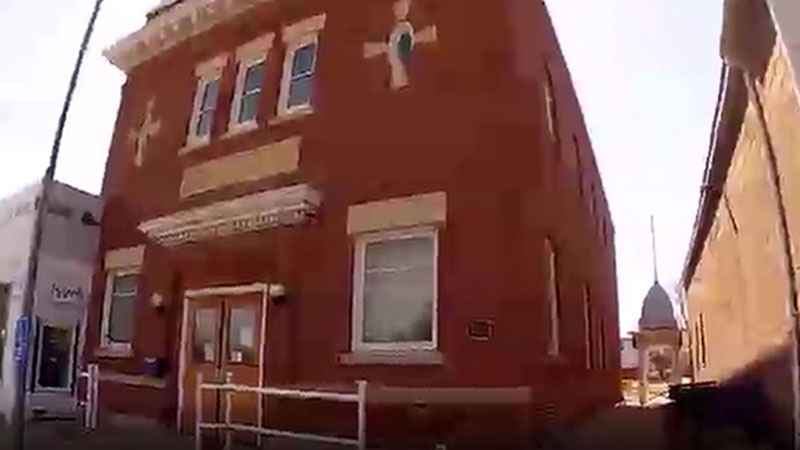 FAYETTEVILLE, Ark. — Washington County justices of the peace on Tuesday recommended spending more than $332,000 in covid-19 relief money on building renovations and remodeling aimed at limiting the spread of the virus.

The Quorum Court’s Finance and Budget Committee on Tuesday sent a proposal on to the full Quorum Court to cover the cost of installing “touchless” plumbing fixtures in county buildings at a cost of about $14,000, remodeling the courtroom used by Circuit Judge Mark Lindsey and installing “needlepoint bipolar ionizers” in the ventilation systems of several county buildings.

Justice of the Peace Shawndra Washington, representing District 8 in Fayetteville, asked the proposal be delayed so justices of the peace could gather more information. Washington was particularly concerned about the ionizers, saying she read of potential hazards from ozone. Washington said her reading indicated most of the information about the ionizers came from lab settings and asked if the county looked into other technologies. The cost of installing the ionizers was put at about $187,706.

Information from the federal Environmental Protection Agency offered some support for Washington’s concerns.

Bipolar ionization (also called needlepoint bipolar ionization) is a technology used in HVAC systems or portable air cleaners to generate positively and negatively charged particles, according to the EPA.

According to an EPA website, “This is an emerging technology, and little research is available that evaluates it outside of lab conditions. As typical of newer technologies, the evidence for safety and effectiveness is less documented than for more established ones, such as filtration. Bipolar ionization has the potential to generate ozone and other potentially harmful by-products indoors, unless specific precautions are taken in the product design and maintenance.”

The EPA website said “there are many air cleaning devices that do not use bipolar ionization.”

Some justices of the peace also questioned why the projects in the proposal hadn’t been bid out.

Eva Madison, justice of the peace for District 9 in Fayetteville, also questioned why only one of the county’s eight circuit courtrooms was being considered for remodeling now. Madison said the county’s historic courtroom is large enough to hold jury trials with little or no modifications needed and the state Supreme Court hasn’t yet issued guidelines on how the courts should operate.

“Before we spend $88,000 to remodel a single courtroom we ought to know what the requirements will be for all eight courtrooms,” Madison said.

Patrick Deakins, justice of the peace for District 5 in northeastern Washington County, and chairman of the committee, said he relies on elected officials and staff for information on what the county needs to do with regard to county facilities and covid-19 needs. He said the request for the work on one courtroom was brought to the committee because it had been completed.

The committee also moved to the Quorum Court a proposal to spend $219,000 from the CARES Act money on a one-year pilot program with Returning Home, a Springdale-based nonprofit group serving men and women recently released from prison. The program would provide beds for 10 men who have been arrested for “technical” parole or probation violations who might otherwise be returned to prison.

The justices of the peace had a brief discussion on how the county should use the $4.5 million it received in CARES Act funds last year.

The justices of the peace have been discussing how to spend the $4.5 million since December with no decision on how to use the bulk of the money. County Judge Joseph Wood recommended last week the Quorum Court earmark at least some of the money for hunger relief, housing and rental assistance, support for small businesses affected by the pandemic, support for the acquisition of needed personal protective equipment and possible mass vaccination clinics. Wood suggested the county should work with city governments to make use of the money.

Several justices of the peace and members of the public spoke in favor of forming a committee to consider how to spend the remainder of the CARES Act money. The committee took no action on that suggestion.

A vacancy in the district 4 seat on the Washington County Quorum Court has been filled by the appointment of Bill Ussery of Springdale to the position. County Judge Joseph Wood said Gov. Asa Hutchinson appointed Ussery to fill the vacancy created when Judith Yanez resigned from the Quorum Court in March.

Yanez decided not to run for reelection in 2020, saying she needed to devote more time to her job. Voters chose Kenny Arredondo Loyola, another Democrat, over Republican Bill Ussery to replace Yanez at the November general election, but Loyola decided in January not to serve.

State law said Yanez would continue to serve until a replacement was found, and she said in early January she would serve out the term that ends in December 2022. In March she resigned, saying her other work was demanding her time.

Ussery will not be eligible to run in 2022. Justices of the peace serve two-year terms and are paid $200 per diem on days they attend Quorum Court or committee meetings.