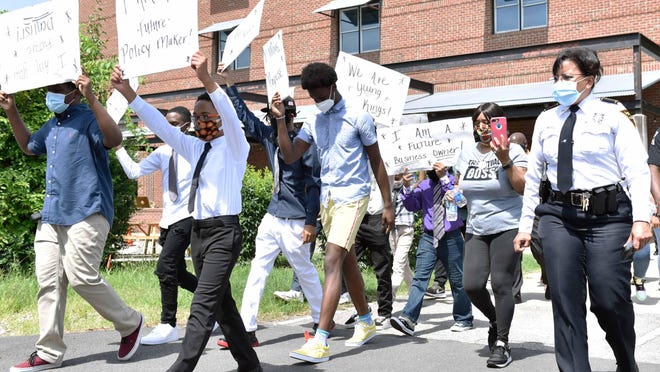 FAYETTEVILLE, Ark.– City employees got a raise for the second time this year.

The City Council voted 8-0 to approve $1.9 million in raises for the rest of this year. The projected annual impact for the raises is $2.6 million. The raises will be reflected on city employee checks April 23.

Mayor Lioneld Jordan traditionally brings a raise package to the council in springtime every year. The amounts for the raises are calculated using reserve money and projected sales-tax revenue growth.

Raises for last year were presented to the council on Jan. 7 because of uncertainty over the covid-19 pandemic. The council approved $1.7 million in raises then. Raises were not implemented retroactively, but rather, were delayed.

The general fund makes up about 30% of the entire city budget, and mostly consists of personnel costs. The adopted budget for this year was $171.8 million. About 60% of the revenue for the general fund comes from sales tax. Half of the city’s 2% sales tax goes to the general fund, and the other half goes to repaying bonds.

Becker said the cost of raises for the rest of this year was based on projected 2.7% growth in sales tax revenue over last year. The city saw 4.7% in sales-tax revenue growth from 2015 to 2019, he said.

The administration analyzed revenue and brought a raise package forward when it felt it was prudent, Becker said.

“I know the mayor is pleased to bring this forward,” he said. “I know it’s a high priority with each and every council member.”

In other business, the council voted 5-3 to hold until April 20 a proposed set of regulations for short-term rentals.

The proposal defines two types of short-term rentals, commonly hosted through websites Airbnb and Vacation Rentals by Owner. Type I rentals are owner-occupied, with the property owner living in the house while a guest stays there. Type II rentals allow guests without a property owner on site.

If enacted, all owners of short-term rental properties would need to get a business license to operate. Type II owners would additionally need a conditional use permit from the Planning Commission to operate in a residentially zoned neighborhood. The proposal also includes certain density caps for Type II rentals. The proposal includes a six-month grace period for existing owners to come into compliance.

Council Member Teresa Turk said she wanted planning staff to more clearly define Type II rentals as business operations, because they tend to cause more issues in neighborhoods than Type I rentals. She also wanted to add a third type of rental for property owners who rent out an accessory dwelling for guests. Her motion to add those directives for staff and revisit the proposal on May 4 failed with a 4-4 vote.

The council ended up passing a motion from Council Member Matthew Petty to revisit the proposal in two weeks and ask staff to look at defining the amount of time a property owner would need to live in the residence to be considered a Type I. Mary McGetrick, the city’s long-range planner, said some cities nationally require property owners to live at the residence for 180 days, for instance. Turk, D’Andre Jones and Mark Kinion voted against Petty’s motion.

The council also agreed to have the ordinance sunset after 20 months once enacted.