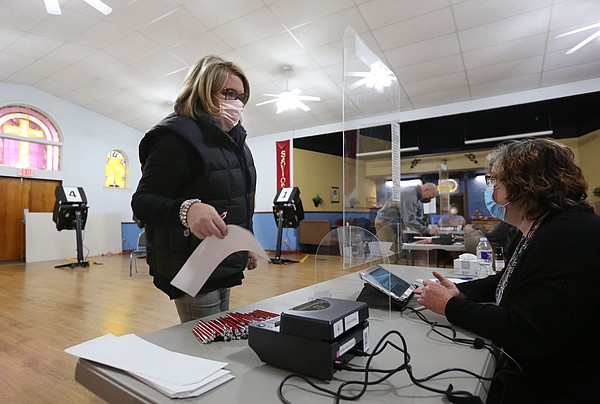 Prairie Grove asked voters to replace two sales taxes — one of 1% and one of 0.75% — with two new taxes of the same amount to pay for a bond issue. The ballot contained nine questions.

The existing taxes were authorized for earlier construction bond issues and would end when those bonds are paid. The tax rate remains the same with voter approval, according to Larry Oelrich, the city’s former public works director.

The taxes would allow the city to pay off bonds and issue new bonds for a range of projects including street and drainage improvements, water and sewer lines, an expansion of the sewer treatment plant, a new fire truck, and park improvements, Oelrich said.

The proposals will authorize bonds up to about $18.3 million, Oelrich said, although the projects are expected to cost about $15.4 million.

On issuing new bonds, 142 (83%) voters approved to 30 against (17%), according to final, but unofficial results from the Washington County Election Commission.

Farmington School District residents were asked to approve a restructuring of bonds to free up money for construction projects.

Voters approved the school property tax rate of 42.4 mills, which is slightly lower than the current 42.6 millage rate. The proposal will pay off bonds issued in 2015 and 2016 and generate $6 million to $7 million for capital improvement projects.