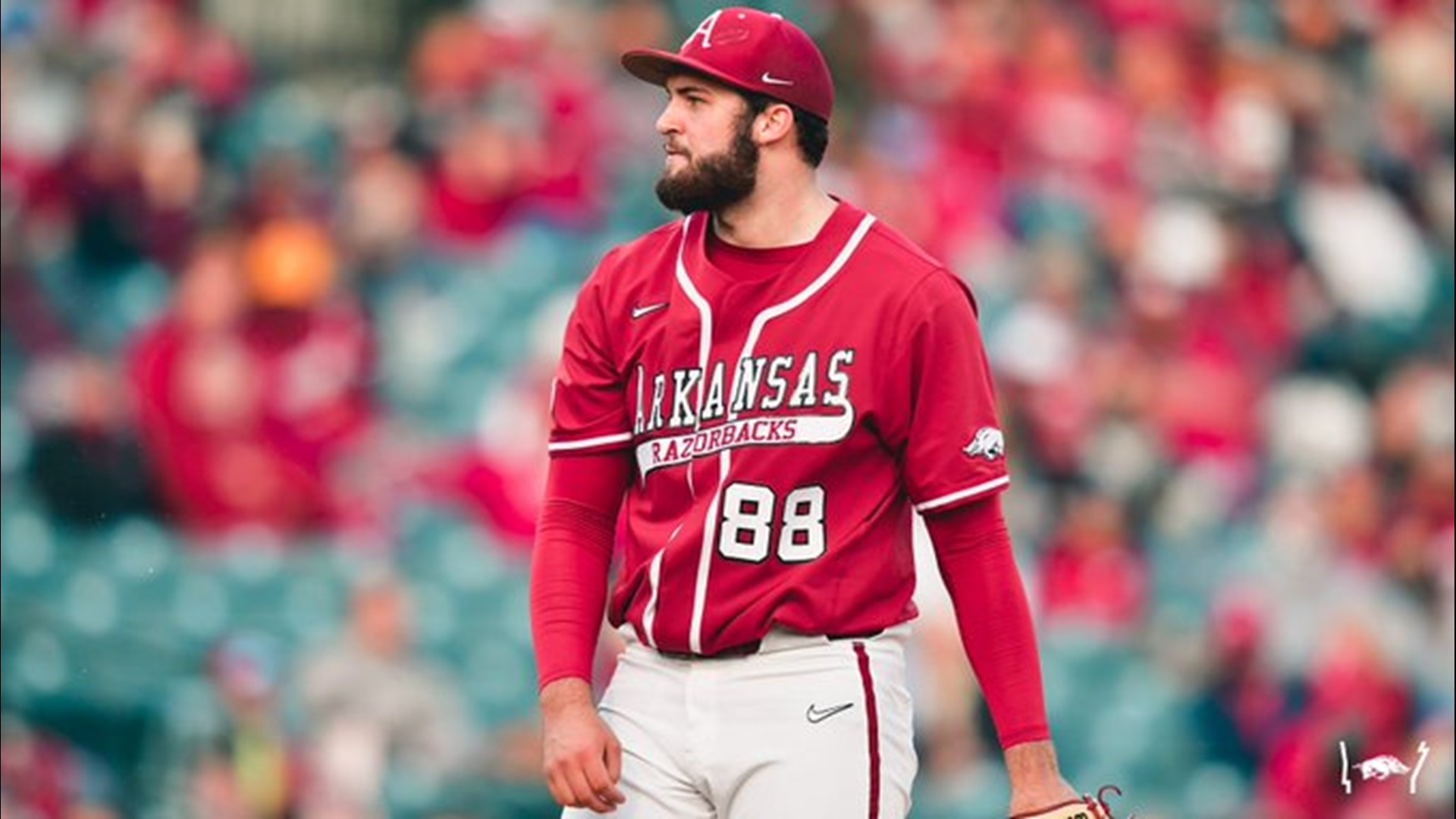 FAYETTEVILLE, Ark. — The Hogs are back on track.

Zebulon Vermillion tossed eight innings of one-hit, one-run ball while striking out four to lift No. 1 Arkansas to a 9-1 win against No. 22 Alabama on Saturday night at Baum-Walker Stadium. The Razorbacks are now 13-3 on the year, stopping a three-game slide with their first SEC win of the season.

The big righty was untouchable through his first five innings of work, retiring 15 of the first 16 Crimson Tide batters he faced. He did not allow a hit until the sixth inning when Alabama’s Jim Jarvis singled to right field before eventually coming around to score on a sacrifice fly.

Arkansas’ bats, meanwhile, came alive after a quiet day at the plate in the first game of the series. The Razorbacks broke out for 12 base knocks, led by Casey Opitz and Cayden Wallace’s three-hit days.

Opitz put the Hogs ahead early, launching his first home run of the year deep to right in the third inning to open a 1-0 lead. Arkansas would score runs in the fourth, fifth, sixth and eighth innings, steadily extending its advantage throughout the ballgame.

The big blow came in the sixth. After Alabama cut its deficit to two, the Razorbacks scored three in the bottom half of the inning to take control. An Opitz single, his second hit of the game, scored one and set the table for Cullen Smith and Jalen Battles to each drive in runs of their own.

Up 6-1 in the eighth, the Hogs tacked on three more to put the game away for good. Opitz collected his third hit of the night in the inning and now has five multi-hit efforts on the year.

Vermillion, meanwhile, was cruising on the mound. After allowing a run in the sixth, the right-hander settled down to retire six of the next seven he faced before departing the ballgame after eight innings of work.

He and reliever Zack Morris, who tossed a scoreless ninth with two strikeouts, combined for Arkansas’ second two-hitter of the season. The Hog pitching staff also did so against nationally ranked TCU earlier this season at the State Farm College Baseball Showdown at Globe Life Field in Arlington, Texas.

Tomorrow’s contest will decide the series. The rubber game is set for 2 p.m. at Baum-Walker Stadium and will broadcast nationally on the SEC Network.

Hogs shut down Tide once again