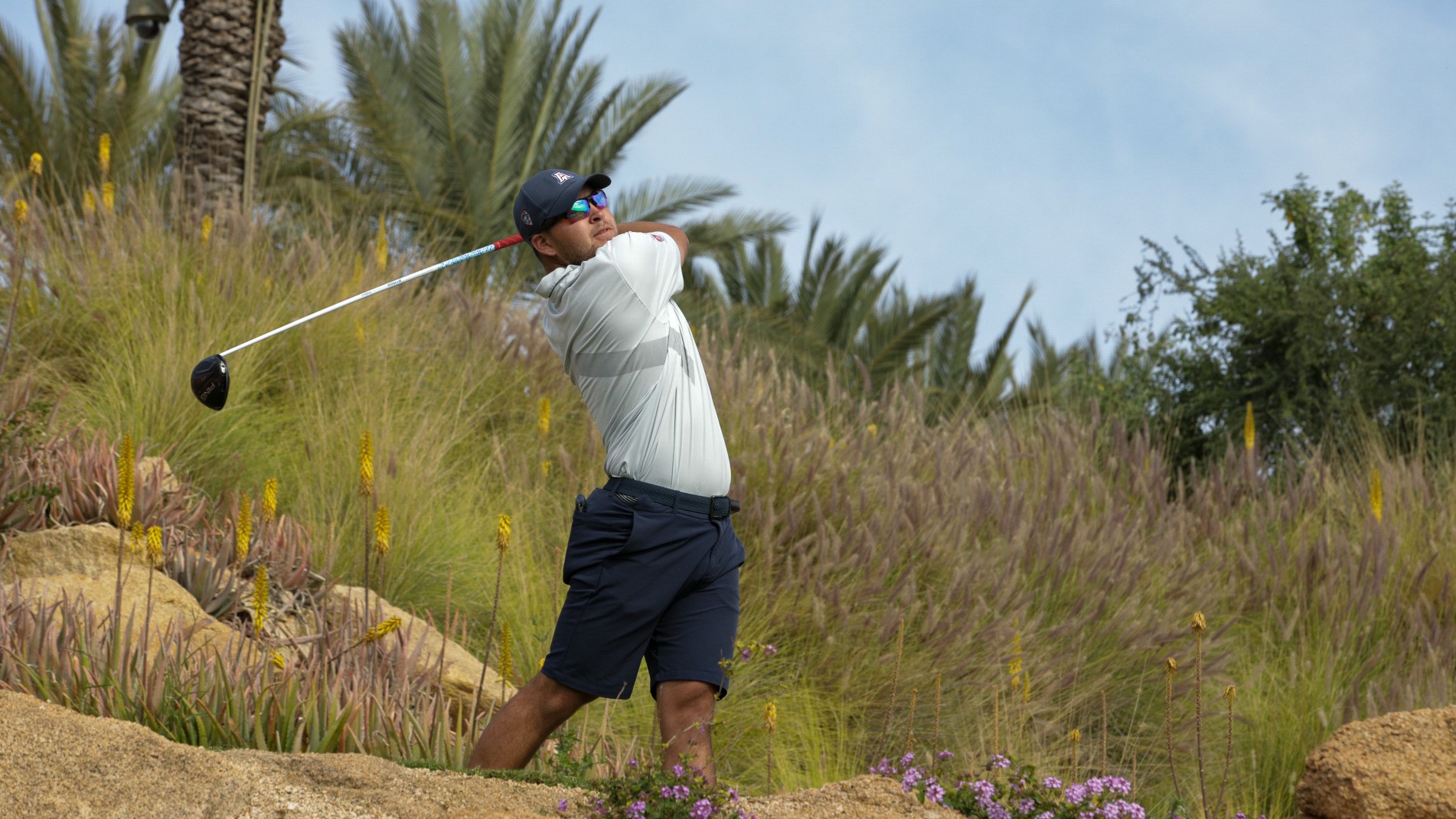 FAYETTEVILLE, Ark. — No collegiate men’s golf tournament between now and the NCAA Championships will be more loaded than the 11th Cabo Collegiate being held today through Wednesday.

The No. 22 University of Arkansas will again host the event, which has been held in Cabo San Lucas, Mexico, the last 10 years, but will take place at TPC San Antonio’s Oaks Course this year due to covid-19 travel restrictions.

The normally strong field was bolstered when a tournament slated for Las Vegas was canceled and top teams from that event, including No. 1 Oklahoma, were picked up by Cabo tournament director B.A. Kline, one of the major sponsors of the event along with her husband Rodger Kline, major UA donors.

“I mean, it’s just ridiculous. It’ll be a good test for us.” The tournament announced on Friday that this week’s medalist will be given an exemption to compete in the Valero Texas Open, the PGA Tour event played at TPC San Antonio and won by former Razorback Andrew Landry in 2018. That event will take place March 29 through April 4.

McMakin said the TPC San Antonio plays as the hardest course on the PGA Tour.

“It’ll be a definite challenge,” McMakin said. “I think it’ll be good for us because we do better on hard golf courses. So I’m looking forward to that. It’s going to be a heck of a tournament. B.A.’s done a great job.” The Razorbacks won the first two editions of the Cabo Collegiate but have not taken the team title since 2011.

McMakin said the Arkansas lineup will consist of graduate seniors Mason Overstreet, Tyson Reeder and William Buhl, who has recently returned from back surgery, and juniors Julian Perico and Segundo Oliva Pinto. UA freshman Manuel Lozada will compete as an individual.

“I’m glad we did this, just because of the fact it will prepare these guys and they’ll be more comfortable when we come to the end,” McMakin said.

Cabo Collegiate At a Glance

WHEN Monday through Wednesday