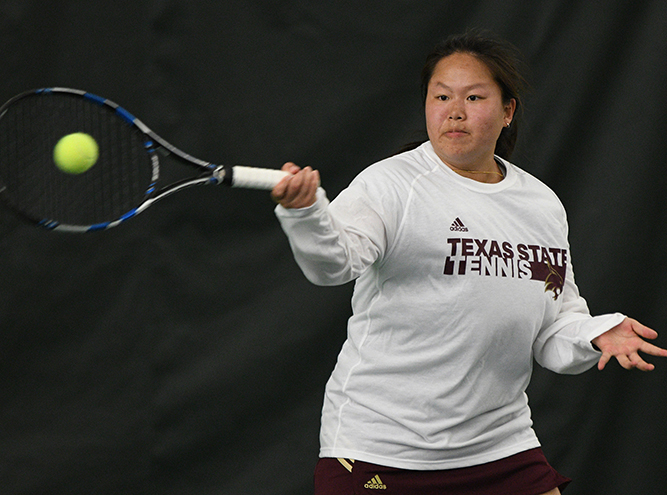 Arkansas– In a contest that was decided in the third set of the final match, the Texas State women’s tennis team suffered a 4-3 loss against Arkansas State Sunday at the Bobcat Tennis Center

This contest began with Texas State jumping out to an early 1-0 lead when the Bobcats earned the doubles point by winning two of the three matches. The day began with Arkansas State’s Shelby King and Jill Morse winning a 6-2 decision over Nikita Pradeep and Chacadyah Israel-Lewis on the No. 2 court.