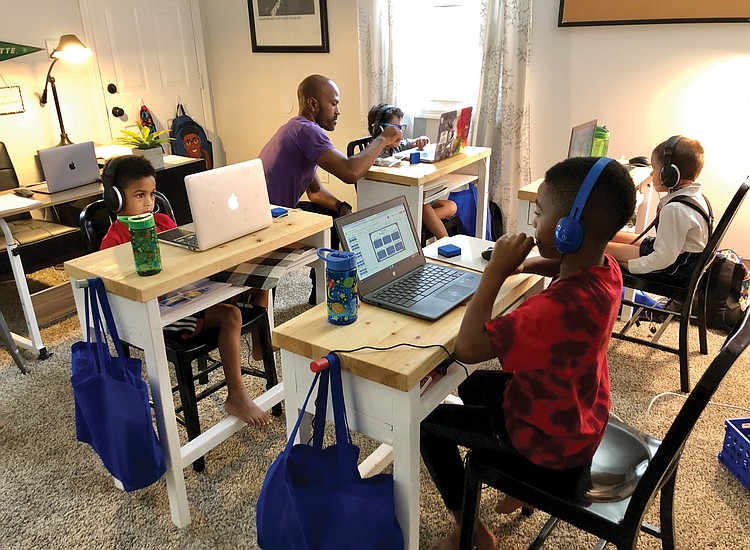 FAYETTEVILLE, Ark. – The Arkansas Board of Education on Thursday postponed decisions on all but one of the first round of applications from school districts that want to operate digital or virtual learning academies in the 2021-22 school year.

Concerns about the number of students per class and the total number of students assigned per teacher in some of the proposed academies were among the issues that gave board members pause in their review of applications from 10 of the state’s school systems, including Springdale, Rogers and Texarkana.

The board did approve a single application — one from the Siloam Springs School District for a kindergarten through eighth grade virtual academy — which had broader waiver requests. That favorable vote came after Superintendent Jody Wiggins, participating in the meeting via the Zoom conferencing platform, answered board member questions about his district’s plans.

The digital academy proposals come after many Arkansas school systems scrambled this current school year to offer students an online instructional program as a way to combat the spread of the contagious and potentially fatal covid-19 virus. Some districts provided a full-time virtual instructional program. Others offered a combination of virtual and on-campus instruction. At the very least, districts were prepared to shift their students to online instruction for a few days at a time in the event of a covid-19 outbreak.

The continued use of digital learning academies is a national issue. A February survey of districts by the EdWeek Research Center showed that almost 70% of districts plan to offer a range of remote instructional options.

More recently, New Jersey Gov. Phil Murphy has said that school districts in his state won’t be allowed to offer virtual learning next year —even for parents who want that option.

The 10 digital academy applications presented to the Arkansas board Thursday are the initial group from a total of 150 applications that have been submitted by districts to the state Division of Elementary and Secondary Education. Each of the dozens of proposals requires waivers of some state rules and laws, which require Education Board approval under Act 1240 of 2015.

Arkansas Education Secretary Johnny Key ultimately proposed that the board invite representatives of some of the first 10 districts to a board workshop “to talk through” or answer questions about their digital academy plans. The workshop will be at 9 a.m. May 20 before the board holds a special meeting May 27 to act on as many as half of all the applications.

Most of the proposals ask for five-year waivers of some state rules and laws, the length of which was a concern among board members who asked if one- or two-year waivers would allow for a quicker evaluation of program success.

“My concern is the huge numbers we saw in some of these plans — the big teaching load and the larger class sizes,” said Education Board member Ouida Newton of Leola, who acted as the board chairperson Thursday. “I would be hesitant to approve those without hearing from the districts on how they are going to ensure that every student is going to be engaged and whether every teacher will be listened to and not have too much put on them.

“This year for teachers has been very stressful, very hard. We don’t want to do anything to continue that for teachers,” Newton added.

Board member Adrienne Woods of Rogers also asked that the board be able to hear explanations from district representatives about the digital academy plans.

Generally, a secondary school teacher in a traditional school has a 150-student cap with exceptions for courses such as physical education, band and Junior Reserve Officers Training Corps.

Board member Sarah Moore of Stuttgart questioned the value of having digital learning academies in kindergarten-through-eighth grades when it is not being forced by a pandemic or other conditions. She noted that there are already existing digital learning options available.

“My disgruntlement, when I get to the root of it, is more with digital learning,” Moore said, adding that she believes it can be done well but not always.

In January, the Education Board gave the state Division of Elementary and Secondary Education staff the authority to streamline a process for accepting and reviewing school district applications for digital academies — including waivers of some state laws and rules — to ultimately be approved by the state board.

For the coming 2021-22 school year, the state agency has provided a guide to districts to help with the planning.

The instructional plan, for example, has to take into account how students and teachers will interact, and the delivery of instruction — be it live instruction or recorded for later viewing or a combination of the two.

Additionally a district’s remote instruction plan has to address teacher support and student support, including food security, physical and mental health, state education leaders said. The plans have to describe how special services will be delivered, such as special education, gifted education and education for students who are not native English-language speakers.

Districts also have to have policies for attendance, discipline and grading, and they must show that stakeholders were involved in the planning of the digital academies and that the school board approved requests for waivers.

Stacy Smith, deputy education commissioner, and Kiffany Pride, the assistant commissioner for learning services, were among the agency staff that explained on Thursday the academy application process and how those applications were reviewed.

Smith said that a team of 17 agency leaders reviewed the plan components and that the applicants had to meet a high bar. A level of risk is assigned to each of the components of a district’s plan as a way to ensure its adequate oversight.

Wiggins, the Siloam Springs superintendent, who received a 6-0 board vote of approval for his district’s kindergarten-through-eighth grade digital academy — including a waiver of generally required elementary art and music teachers — said that the process was the most rigorous and frustrating his district has experienced in working with the state agency. The district submitted and resubmitted its plan three times, he said, as the result of questions from reviewers.

ARDOT confirms earlier evidence of damage on I-40 bridge