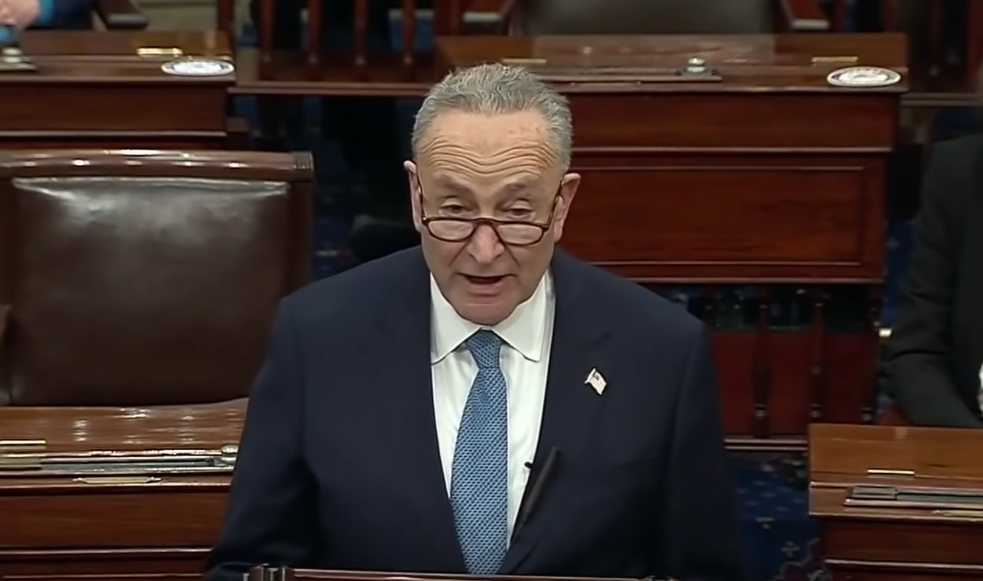 Over the weekend during a speech with New York State assembly member Rebecca Seawright, Democratic Senator Chuck Schumer hammered Trump supporters, wondering how they could possibly vote for such a “vile man.”

“You probably ask yourself the same question I ask myself: How could 74 million people vote for such a despicable human being as Donald Trump,” Schumer said. “He is a vile man. He is dishonest. He is divisive — That’s what he loves to do, just divide people.”

Schumer continued, “He’s a racist and he always appeals to the dark side of human nature, which he’s very good at, unfortunately. How did they vote for him?”

The comments from Schumer are similar to those made by Hillary Clinton when she called Trump supporters “deplorables.”

“You know, to just be grossly generalistic, you could put half of Trump’s supporters into what I call the basket of deplorables. Right?” Clinton said back in 2016. “The racist, sexist, homophobic, xenophobic, Islamaphobic—you name it. And unfortunately there are people like that. And he has lifted them up.”

She said that the rest of Trump’s supporters “feel that the government has let them down” and are “desperate for change.”

“Those are people we have to understand and empathize with as well,” she stated.