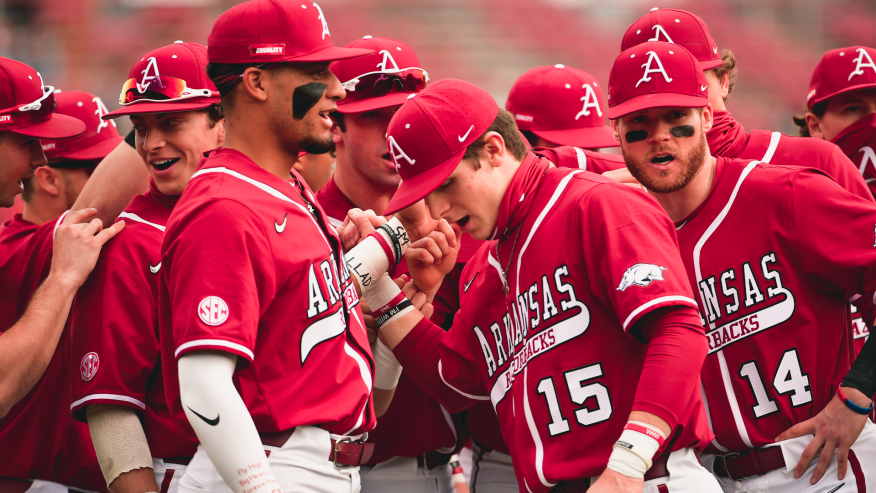 FAYETTEVILLE, Ark. – To once again minimize conflicts for fans attending both the baseball and men’s basketball games, first pitch of the Saturday, March 6, contest between No. 1 Arkansas and Murray State will now be at 1 p.m.

The ballgame was originally scheduled for 2 p.m. The change in time will allow fans to more easily attend the Razorback men’s basketball game against Texas A&M, which is slated to tip off at 4 p.m. at Bud Walton Arena.

Hogs only missing fans in run at titles

Behind the Boxscore: Arkansas