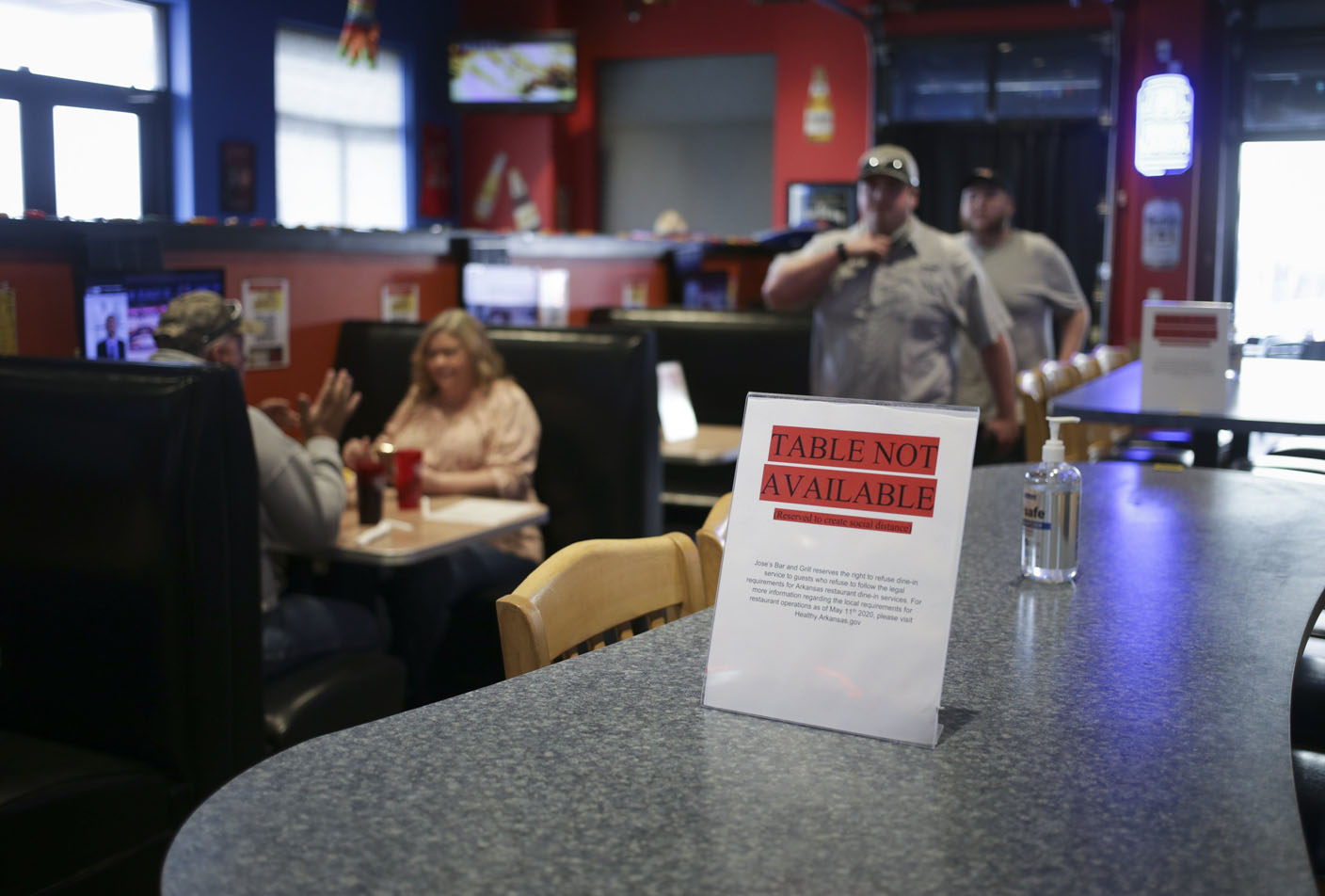 FAYETTEVILLE, Ark. — Sales tax revenue has continued to grow in Northwest Arkansas during the covid-19 pandemic.

Sales tax revenue was up for both Benton and Washington counties and for Fayetteville, Springdale, Rogers and Bentonville, according to reports from local governments in February. The February sales tax revenue reports show revenue from sales made in December.

Washington County Treasurer Bobby Hill said the revenue from those December sales set a record for the county.

Hill said internet sales have shown growth during the pandemic as restrictions on many businesses limited the number of people they could serve.

“People may have been staying home, but they were still spending money,” he said.

Some businesses have fared worse than others.

Bars, restaurants and other businesses that depend on in-person customers have suffered, according to Doug Allen, co-owner of Jose’s Bar & Grill in Tontitown. Allen said the covid-19 restrictions forced him to find alternatives to keep the restaurant afloat.

“Obviously, we were throttled down to 66% of our business,” Allen said. “It might as well have been down to 50% with the social distancing, having to keep 6 feet between tables. A lot of my friends who own bars or restaurants, they’re down as well.”

Allen said he managed to pivot his business model, selling groceries and then selling masks and other personal protective equipment to supplement the reduced restaurant business. He said he was encouraged, but cautious, when he heard Gov. Asa Hutchinson’s announcement Friday that the covid-19 mandates are now guidelines and the health emergency might be lifted by the end of March.

“I’m optimistic, but I’m also a realist,” Allen said. “It is the government, and they could easily change their mind and go another direction. But you have to be optimistic. We pay attention, and we’re hopeful.”

Casey Wilhelm, finance director for Rogers, said the city’s sales tax revenue, while up for the year, was slower in 2020 than it was for the other three larger cities. Wilhelm said Rogers’ tax revenue is more dependant on travel, dining, entertainment and “discretionary” spending. She said the growth in internet spending is another indication that people were staying home more.

“We didn’t travel as much last year,” Wilhelm said. “If you don’t travel, you’re going to spend more locally. I think the other cities did well, at least in part, because people didn’t come to Rogers to dine and shop.”

Wyman Morgan, Springdale’s finance director, said spending on staples and general merchandise has been strong and steady throughout the pandemic, with construction projects giving the city’s revenue an added boost. Morgan said he also thinks people may be ready to get back to normal.