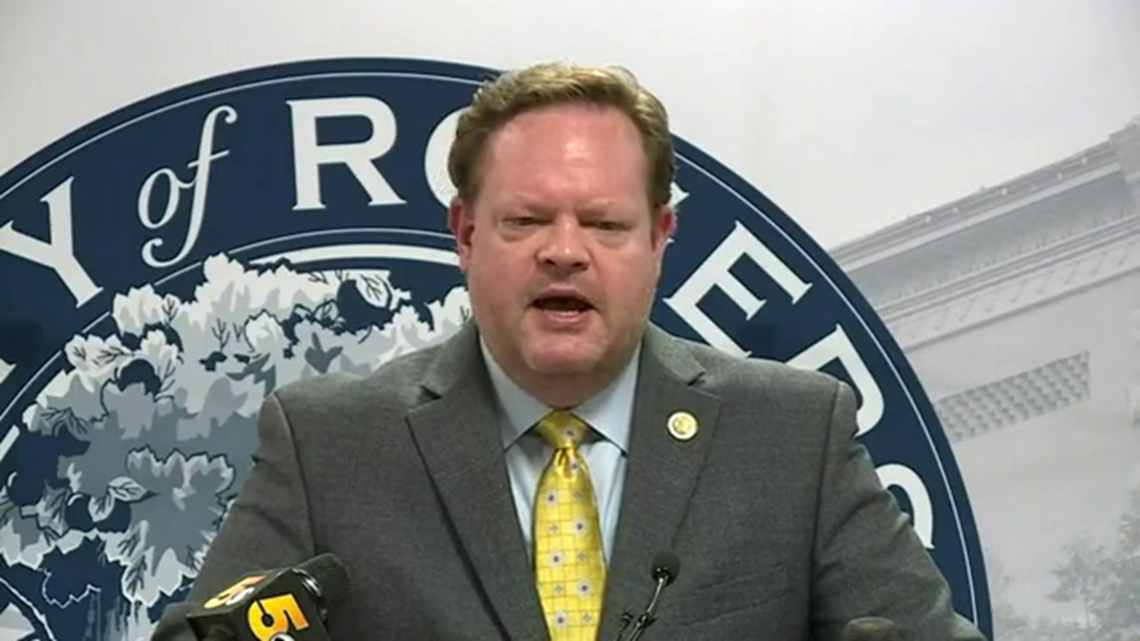 ROGERS, Ark. — Mayor Greg Hines plans to continue with the city’s strategy of giving people time to decide on getting a covid-19 vaccine before lifting safety protocols that include masks.

Hines spoke Thursday at an online meeting of city boards and commissions.

He said he believes by the end of May, everyone who wants to receive the vaccine will have had the opportunity.

“There’s a point where it’s appropriate for the government to step back and say this is now an individual decision,” Hines said. “I believe it’s at that point when folks have been able to make the reasonable decision.”

All city employees have been offered the opportunity to be vaccinated and he expects the ones that chose to will be fully vaccinated by the first part of May, he said.

Getting employees an opportunity for the vaccine played into the city’s strategy, Hines said.

Some seniors were the first group to be vaccinated, and they didn’t understand why they couldn’t reengage at the city’s Adult Wellness Center, Hines said.

Hines said he had to explain it’s great they got vaccinated, but until the center’s employees could get the shots, he wouldn’t risk exposing them to the virus.

“There’s nothing you could do prepandemic as far as going out and moving around in the community that you can’t do now,” Hines said. “The AMP is going to come back on board, and the water park is going to open this summer. We are reengaging, and things are becoming what will be the new normal for a while.”

Hines said when the protocols are lifted, he strongly believes people should follow the guidelines. Hines, who has been vaccinated, said he still carries his mask everywhere.

“It’s time to be smart and not let up,” Hines said.

He said the center will not be open on holidays to avoid crowds. The center will be open noon to 6 p.m. each day at half capacity, which is a maximum of 500 people, White said.

White said the center will not have parties or lessons because they draw large groups. The pavilions will not be rented, but can be used for shade. He said limited concessions with prepackaged items will be offered.

John McCurdy, the city’s director of community development, said the Farmer’s Market will begin May 1 and there are already up to 40 vendors.

He also announced the city will start its Railyard Live Concert series June 5 on the Butterfield Stage at Railyard Park. The series will end in September, McCurdy said.

Lesli Ossenfort, director of the Adult Wellness Center, said employees are preparing to open the facility. She didn’t have a date for opening. The center has 9,000 members and served 1,500 people daily, she said.