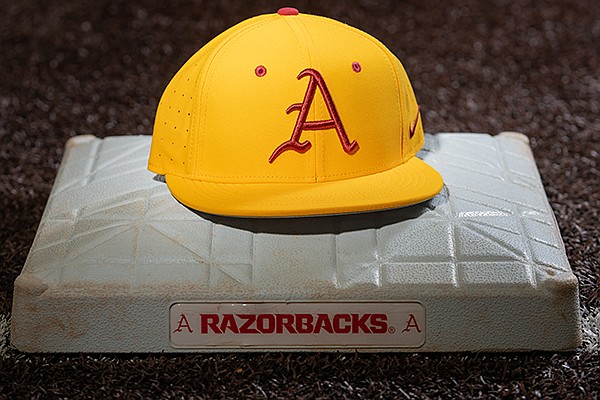 The hats, which include red trim and the Razorbacks’ ‘A’ logo, were unveiled last year and have been sold by the university and its vendors. Arkansas planned to wear the hats during a baseball game last year before the covid-19 pandemic shut down the 2020 season after four weeks.

“One of the greatest obstacles in this fight to end childhood cancer is lack of awareness,” the Razorbacks’ baseball account tweeted Tuesday. “Tonight, we wear gold caps to signify the importance of research and raise awareness for the thousands of children and their families battling this diagnosis each and every year.”

Jimmy Sanchez, director of marketing for the Razorbacks, said the baseball team has relationships with multiple children who are battling cancer and terminal illnesses. An 8-year-old boy who is undergoing treatment for leukemia will throw out the first pitch prior to Tuesday’s game.

Sanchez said the hats are not affiliated with Shriners International — a common misconception since the hats were unveiled just before the Razorbacks’ appearance in the 2020 Shriners College Classic in Houston. The colors are similar to hats worn by The Shriners.

It will be the second time in three games Arkansas’ players have worn specialty hats during a game. The Razorbacks wore camouflage hats for a game against Georgia last weekend as part of a military appreciation day.