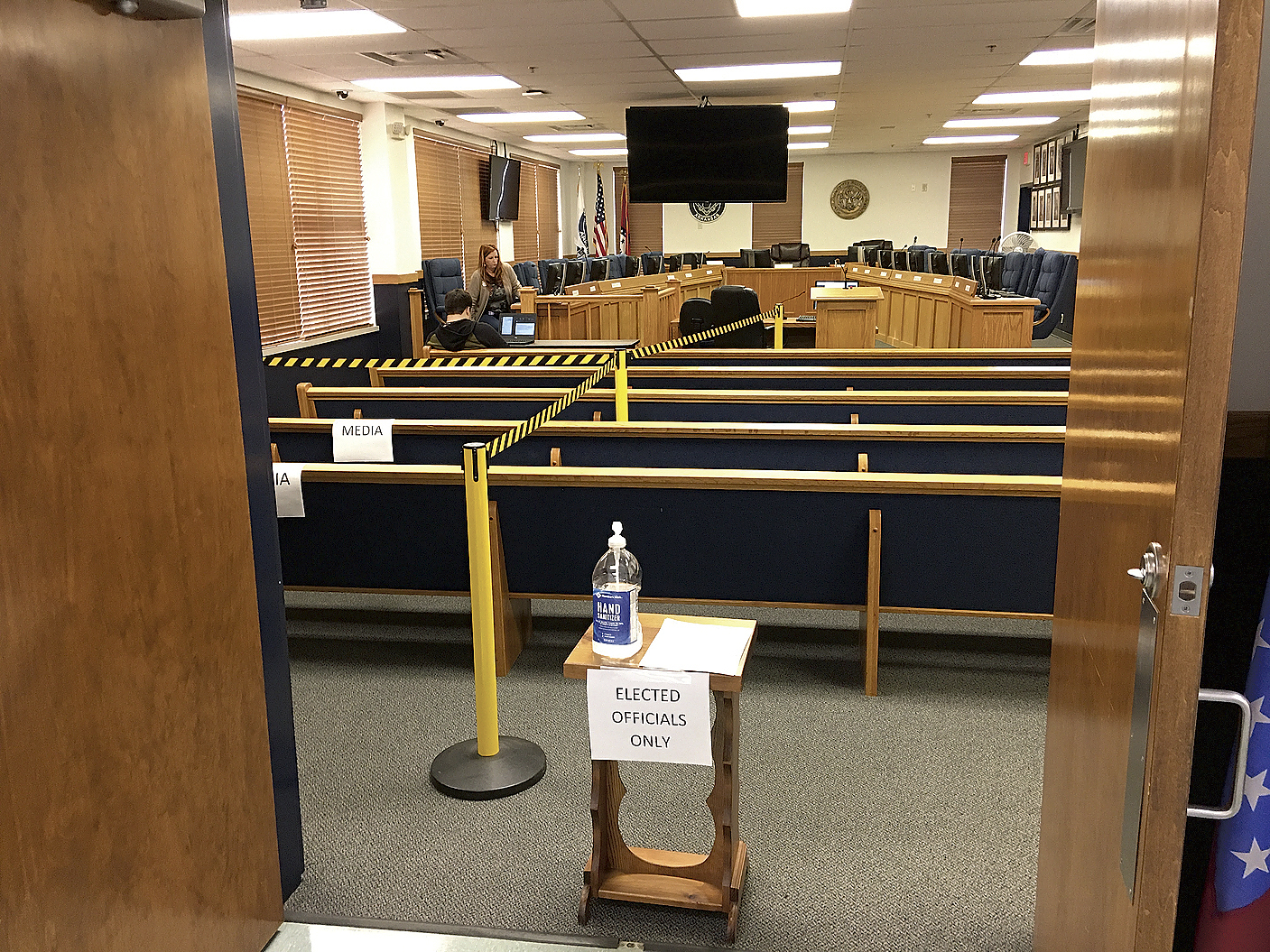 FAYETTEVILLE, Ark. — An expansion of the Hunt-Rogers quarry operation on North Parsons Road east of Springdale was approved Thursday by Washington County’s justices of the peace.

A permit for the quarry expansion was approved in February by the Planning Board. That decision was appealed to the Quorum Court by neighboring property owners who have opposed the expansion. The justices of the peace approved the permit, 13-2.

The Hunt-Rogers Quarry is on the east side of North Parsons Road. The mining operation is north of Friendship Creek, which flows into Beaver Lake. The proposed expansion will add about 150 acres to the mining area and another 29 acres for stockpiling material from the quarry operation. The entire parcel is about 238.5 acres, according to information from the planning office.

According to information presented by the planning office, the quarry began operating in 2003, before the county adopted planning and zoning requirements in 2006. A permit for the operation was approved in 2012.

The Hunt-Rogers group has been seeking approval of plans to expand the quarry operation for some time. The initial request was tabled in January 2020, after neighbors objected to the plans, citing damage to their homes and declining property value if the expansion was approved.

The neighbors also raised concerns about noise, dust, heavy truck traffic on the narrow roads in the area and possible pollution of Beaver Lake. Those complaints were repeated Thursday.

Andrew Effinger, assistant general counsel for Hunt-Rogers, repeated assurances given at previous meetings the group is willing to set aside an area as a preservation easement and to establishing a buffer of trees on ridges between the quarry and the residential area to the east. Effinger said the nature of the mining operation makes it difficult to say when mining may need to shift from one area to another so any rigid phasing isn’t feasible.

Effinger also said the group is willing to have some kind of monitoring as part of the permit and agreed to setting up an ombudsman program so there’ll be someone designated to hear and investigate complaints or concerns of neighbors.

The Planning Board placed 33 conditions on the permit, including incorporating the agreements for the conservation easement and buffer area and a monitoring program using an ombudsman. Other conditions include providing neighbors with notice of planned blasting at the quarry, evaluating noise levels and implementing measures to reduce noise from the operation, adjusting the hours of operation to a schedule mutually agreeable to the quarry operation and the neighbors, and working with Benton and Washington counties on a “patch and repair” program for Parsons Road.

Also Thursday, the Quorum Court approved a permit for the Orthodox Farmhouse Brewery on 4.5 acres at 15656 Ball Road near Goshen. The permit was approved by the Planning Board at its April 1 meeting.

Jesse and Ashlyn Gagnon, owners of the property, plan to use one building on the property as a brewery and gathering space. They also live on the site and a barn on the property isn’t included in the permit request. The Gagnons said they will operate the business themselves and may have from one to three additional employees. Guest capacity will be limited to about 20 people, according to information submitted to the county planning department.

Heard and Dismuke Win 2021 Board of Advocates Negotiations Competition