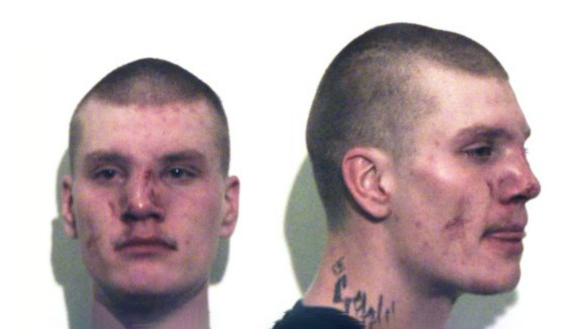 A prisoner at a jail in Washington state has had 25 years added to his sentence after he beat his cellmate to death after learning he had raped his sister. He was sentenced this week after he beat to death his 70-year-old cellmate and convicted child sex offender Robert.

Robert Munger was reportedly serving a 43-year prison sentence for his child sex crimes. Shane Goldsby discovered the convicted child rapist had molested a number of victims, including his sister. The inmate said he snapped after Munger began teasing him with details of the rape, which later proved true.

The 26-year-old attacked Munger in the communal area at the Airway Heights Corrections Center, hitting him “in the face and head area about 14 times, (stomped) on his head at least four times and (kicked) a couple more times before walking away,” court documents read.

“I had so much stuff going on in my head,” he said. “I wasn’t stable at that point. I wasn’t. I was getting to that point, because (Munger) kept wanting to give me details about what happened, what he did – about the photos and the videos of him doing this stuff. It was building up.”

Goldsby said he had requested a new cellmate from the Washington Department of Corrections, which has a policy preventing such prison living arrangements.

Following an investigation, the state’s Department of Corrections said it had no knowledge of the pair’s relationship when they were housed together. During sentencing on Tuesday, Goldsby apologized to the 70-year-old’s family in a statement that his attorney had to read as he was too upset.

“I cannot imagine what it would be like to lose a loved one in this kind of way,” the statement read. “To his wife and his whole family I apologize. I am so sorry and I hope you are able to heal from what I caused.”

Goldsby was in jail for stealing a police cruiser and leading officers on a prolonged pursuit which caused injury to an officer.

Local resident has been arrested on multiple charges, including terroristic threatening, rape, aggravated assault and arson