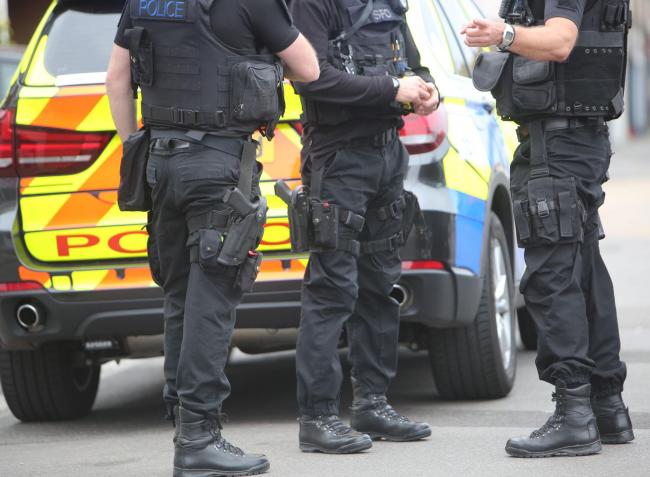 FAYETTEVILLE — Police used victims’ descriptions and surveillance video of a vehicle to make an arrest in a series of armed robberies in Washington and Benton counties.

Quintton Allen, 29, of 745 S. Seven Hills Court, No. 2, in Fayetteville was arrested Thursday morning at 1320 N. College Ave. Allen was booked into the Washington County Detention Center on Thursday in connection with aggravated robbery. He was being held Friday on $25,000 bond.

Fayetteville police were investigating two reports of women being robbed at gunpoint while they were sitting in their vehicles, according to a preliminary report.

The women said a man approached their vehicle and pointed a silver and black handgun at them. The women said the man racked the slide of the gun and demanded money.

In the first robbery, the man left on foot.

In the second, the woman said the man left in an older white car.

Video surveillance from the area showed a silver Chevrolet Impala leaving the area at a high speed. The driver of the Impala matched the description given by the woman who reported the robbery.

Police said they learned of similar robberies in Springdale and Rogers, with victims giving similar descriptions of the man and the vehicle, including the detail that the front left corner of the Impala appeared to be darker then the rest of the car.

Records linked Allen to a 2003 Chevrolet Impala, and the car was found at 745 S. Seven Hills Court. A silver and black BB pistol was found in the car.

During an interview, police said in the report, Allen said he committed the robberies because he needed money, according to the report.