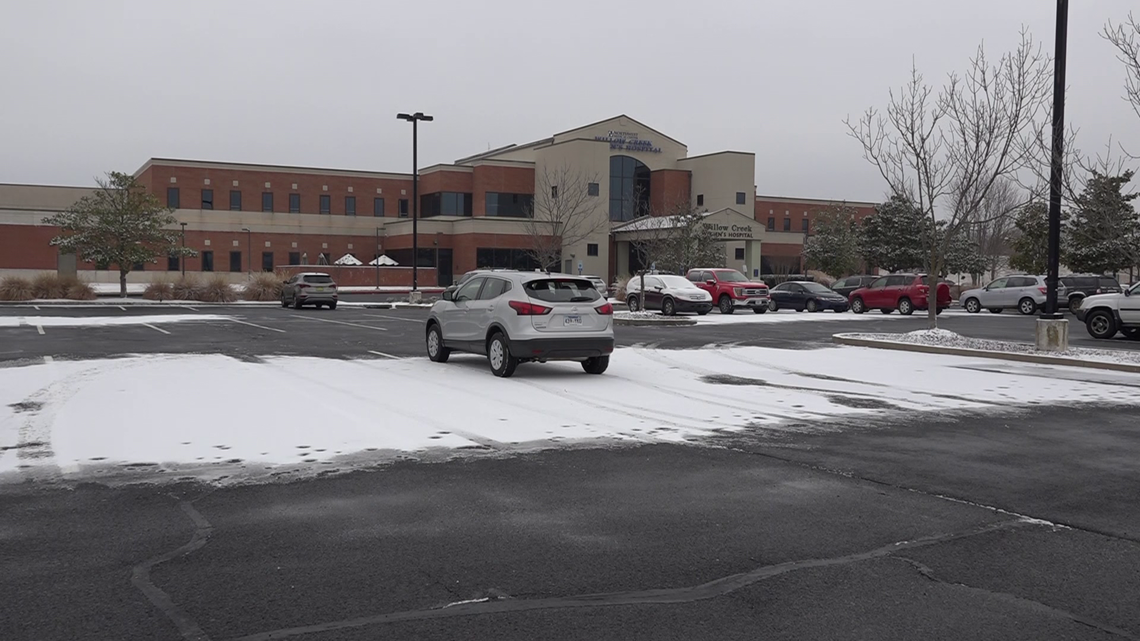 FAYETTEVILLE, Ark. — Snow, sleet or ice won’t stop a group of local volunteers from driving healthcare heroes to and from work.

NWA Angels on Ice has been giving rides to dozens of healthcare workers this week like Amber Conklin, who is a respiratory therapist in the NICU at Willow Creek Women’s Hospital in Johnson.

“It’s real hard for us to not be at work right now and I can’t imagine all those people missing work, especially with everything going on,” Conklin said.

On Wednesday morning she got stuck in her neighbor’s ditch while trying to get to work. Her husband’s vehicle also got stuck, so that’s when she called the Angels on Ice for help. She says she’s very thankful for the volunteers.

“We really need to be here for our patients. We need to be here at work every day that we are here. I just feel like that’s a very good and wonderful service that they offer us,” Conklin said.

Tim Janacek used to run Angels on Ice but still volunteers. He says he realized the importance of what they are doing while his wife was having surgery.

“I finally had to say I can’t do it anymore because I’ve got to take care of my wife and that’s when it really hit home that we needed the nurses there, so that’s when everybody was helping out and it’s nice to know that we can get nurses in when it’s needed,” Janacek said.

NWA Angels on Ice was started by Congressman Steve Womack two decades ago when he was the Mayor of Rogers. He was at the dispatch center when he realized officers were driving healthcare workers to their shifts, so he decided he would start driving them himself. The program grew from there.

Womack says whenever we see a hardship, we all want to do something and he was in a position to see the need and step in and help.

“Once it was shared with other people, including Tim and his team you are just amazed at how many community-spirited volunteers are ready to go to work when they see a need,” Womack said.

Courtyard art installation to be installed at Gearhart Hall