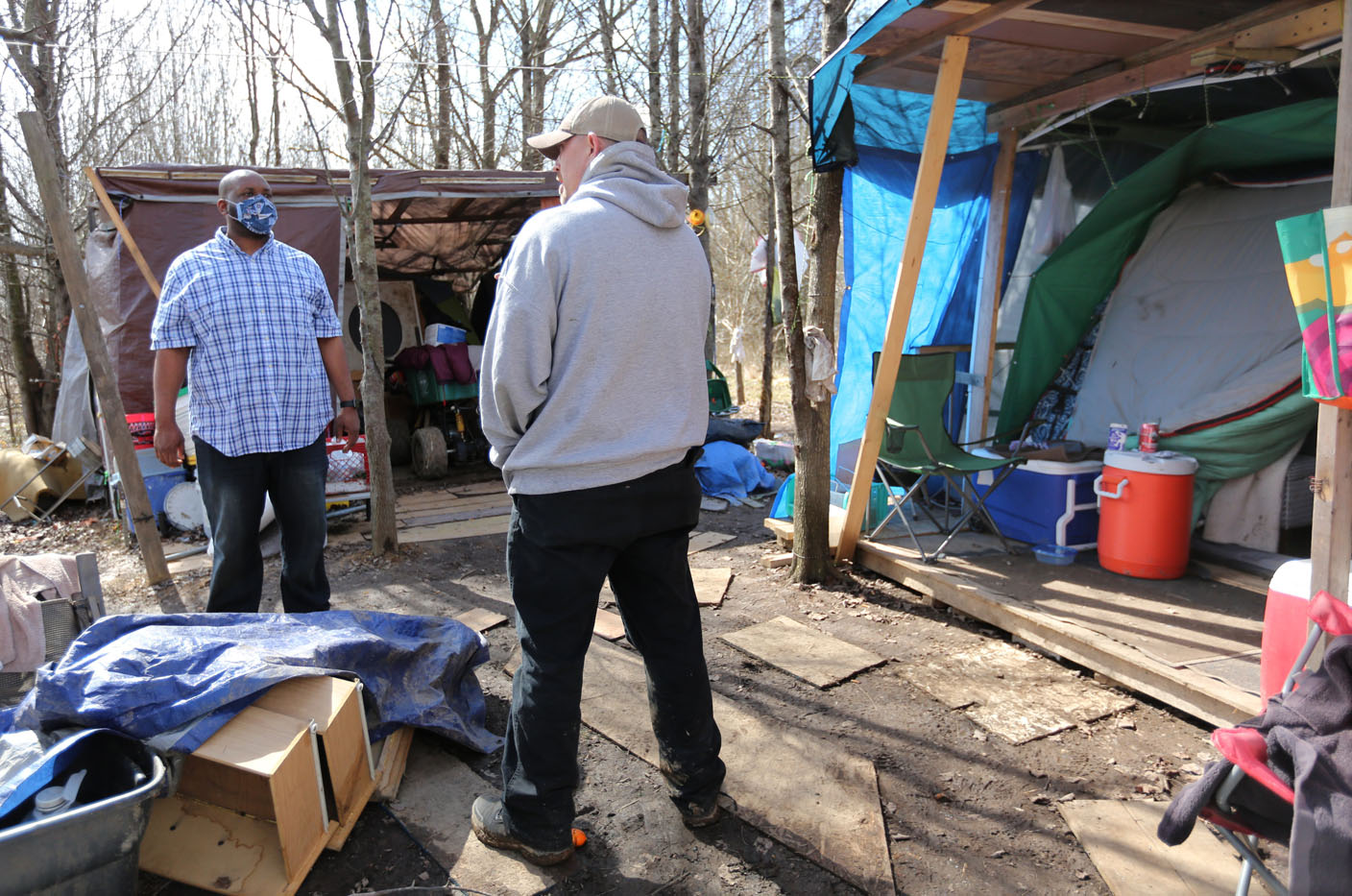 FAYETTEVILLE, Ark. — A combination of grant money and community donations helped keep more than 200 people safe when snow and record low temperatures battered the region more than a week ago.

The city earlier this month received federal approval to allocate $50,000 from its federal Community Development Block Grant program to use for a cold weather response to serve people experiencing homelessness.

As temperatures began to drop about two weeks ago to dangerous levels, 7 Hills Homeless Center posted a community fundraising effort on Facebook to aid in the response. It raised $51,805 over the course of about a week.

Jessica Andrews, chief executive officer of 7 Hills, said the community money enabled staff and volunteers to act more effectively. For instance, $22,500 was allocated for placing people at hotels in Fayetteville, Bentonville and Rogers.

It became apparent within the first few days of the cold spell the money would run out quickly, Andrews said. The need and cost exceeded expectations, so having the donated money became a lifesaver, she said.

“It made everything move more smoothly,” she said. “I just felt like I could make decisions on the fly without having to worry about whether we had the money to cover it.”

7 Hills oversaw all the money for the effort while staff and volunteers with the Salvation Army, New Beginnings and Northwest Arkansas Continuum of Care took on outreach at camps and got people sheltered.

In addition to hotels, people stayed at the Salvation Army’s shelters — open 24 hours a day, seven days a week — in Fayetteville and Bentonville. Food and transportation to and from the hotels and shelters was provided.

The center counted 103 people placed in Fayetteville hotels, with more than 90 hours of outreach at camps, more than 200 bags of food delivered and 40 rides from Feb. 12 to Tuesday. Another handful of people was placed in hotels in Bentonville and Rogers. Some also stayed with friends or family.

All told, the entire $50,000 in federal money was spent and about half of the community donation money, Andrews said.

Capacity at the Salvation Army’s warming centers and overnight shelters in Fayetteville and Bentonville reached 134 people, according to an organization spokesman. Capt. Josh Robinett said the organization was able to safely house people with adequate space to follow covid-19 protocols. He said it appears there was no spread of the disease.

“The response we had as a team, I think, was a covid-approved method of making sure people were out of the weather,” Robinett said.

Robinett said he saw news stories in which people experiencing homelessness in other cities died from the cold, but that was not the case locally.

“I think we were committed to not have that same narrative in Northwest Arkansas,” he said.

The leftover money from community donations will go toward any winter responses needed for the rest of this year or next, Andrews said. The goal is to keep money set aside to handle future inclement weather events, and to assign roles to staff, volunteers and organizations so a response can get going as quickly and efficiently as possible, she said.

More money is always needed to help win the battle against homelessness, Andrews and Robinett agreed. Having enough affordable places for people to live is another issue, they said.

7 Hills has its HOPE program, which provides rental assistance paid to a landlord on behalf of a tenant. The program serves 60 to 80 households annually, according to the organization’s website.

“We’ve kind of maxed out our affordable units in Fayetteville at least, and truthfully, across Northwest Arkansas as well,” Andrews said. “Until we expand our affordable units, we’re going to keep running into, ‘We’ve got people in our program, we’ve got money to house them, but we’ve got no place to put them.'”

People who live unsheltered are in crisis all the time, not just when the weather gets bad, said Solomon Burchfield, program director with New Beginnings. The New Beginnings project will bring 20 prefabricated houses with 160 square feet of living space apiece to about 5 acres south of 19th Street at School Avenue, near the 7 Hills office. The project’s goal is to shelter people who have experienced long-term homelessness or face barriers to regaining housing, according to its website.

Once states, counties and cities commit to ending homelessness and pass budgets to reflect that priority, then agencies can work out how to achieve the goal, Burchfield said. Hotel stays can provide a temporary solution during an emergency, but longer-term programs and strategies are needed.

The New Beginnings project and other existing programs may serve as one part of that larger solution, but the larger solution needs money behind it, he said.

“I don’t think we should ever talk about homelessness without talking about that consensus in America — that housing is both a human right and that our elected leaders should do more to realize that right,” he said. “Once we recognize that, and make that our commitment as a community, then it becomes a non-negotiable. Things don’t have to be this way.”