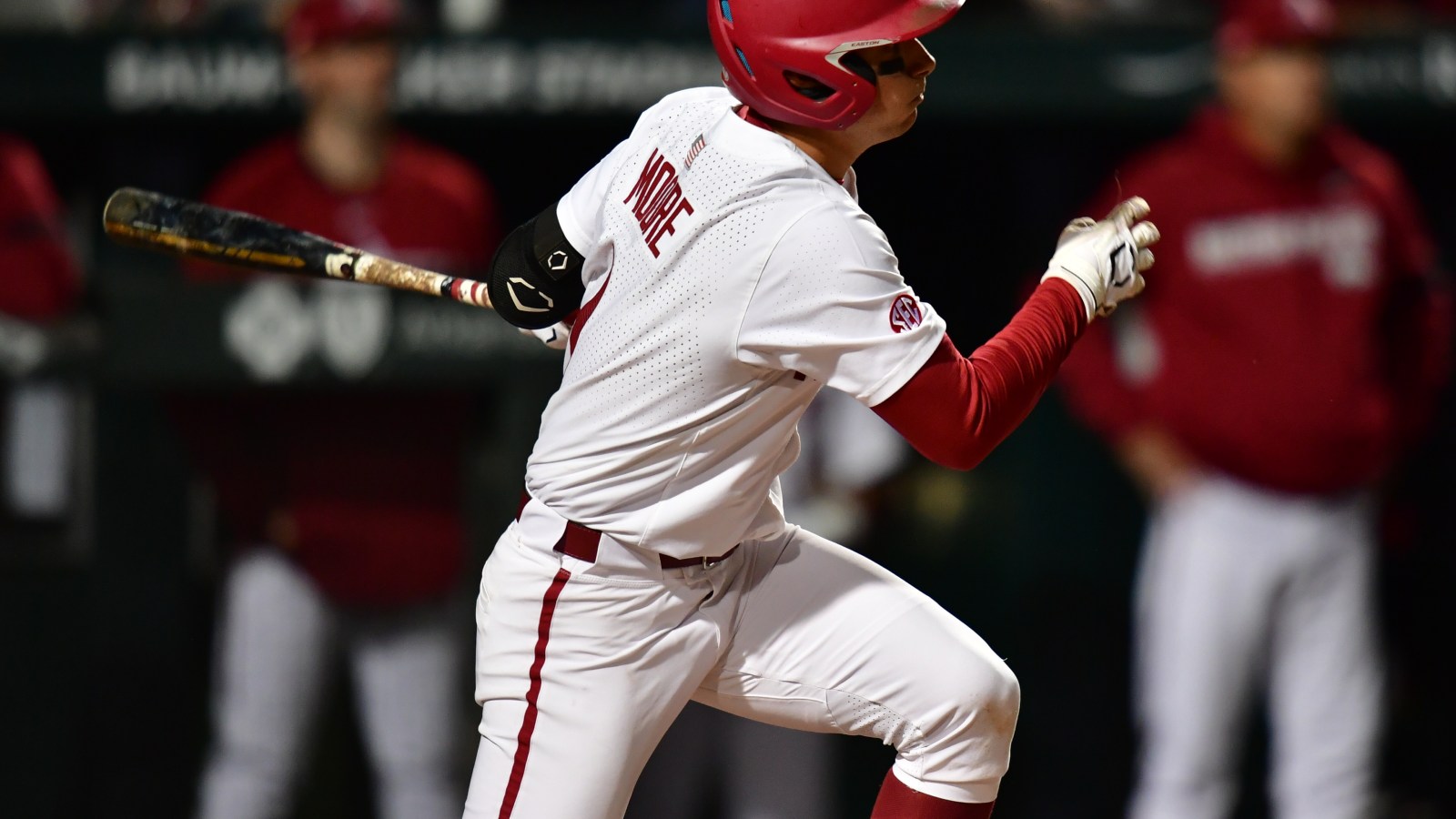 FAYETTEVILLE, Ark. — No. 1 Arkansas got outstanding pitching and timely hits by Casey Opitz and Robert Moore to take a 3-0 win over Georgia in Friday night’s series opener at Baum-Walker Stadium.

Dave Van Horn said this week he would like to see the Hogs score earlier in the game. In the bottom of the second, Robert Moore hit a one-out double. Casey Opitz then followed with a double as well to plate Moore for a 1-0 lead.

Georgia starter Liam Sullivan, a freshman, made his first career start and pitched outstanding. The Hogs just managed the one run off him on three hits. Sullivan fanned 11 Hogs and only walked one. He was replaced to start the seventh by Jack Gowen.

It appeared the Hogs had something going in the bottom off the seventh against Gowen. Christian Franklin and Moore walked. Then Opitz singled to load the bases with no outs. However a pop up to shortstop and then fly out to shallow right field put two outs on Arkansas. Then Franklin tried to score from third on a ball that go by the Georgia catcher but was tagged out to end the threat.

In the bottom of the eighth, Arkansas got to reliever Collin Caldwell for two more runs on a double by Moore. He batted with two outs and the bases loaded. Moore doubled to center field allowing Braydon Webb, pinch running for Charlie Welch, and Cayden Wallace to score with Brady Slavens going to third. Webb stayed in the game in left field for starter Zack Gregory.

Argenal aiming to add banners with Musselman at Arkansas