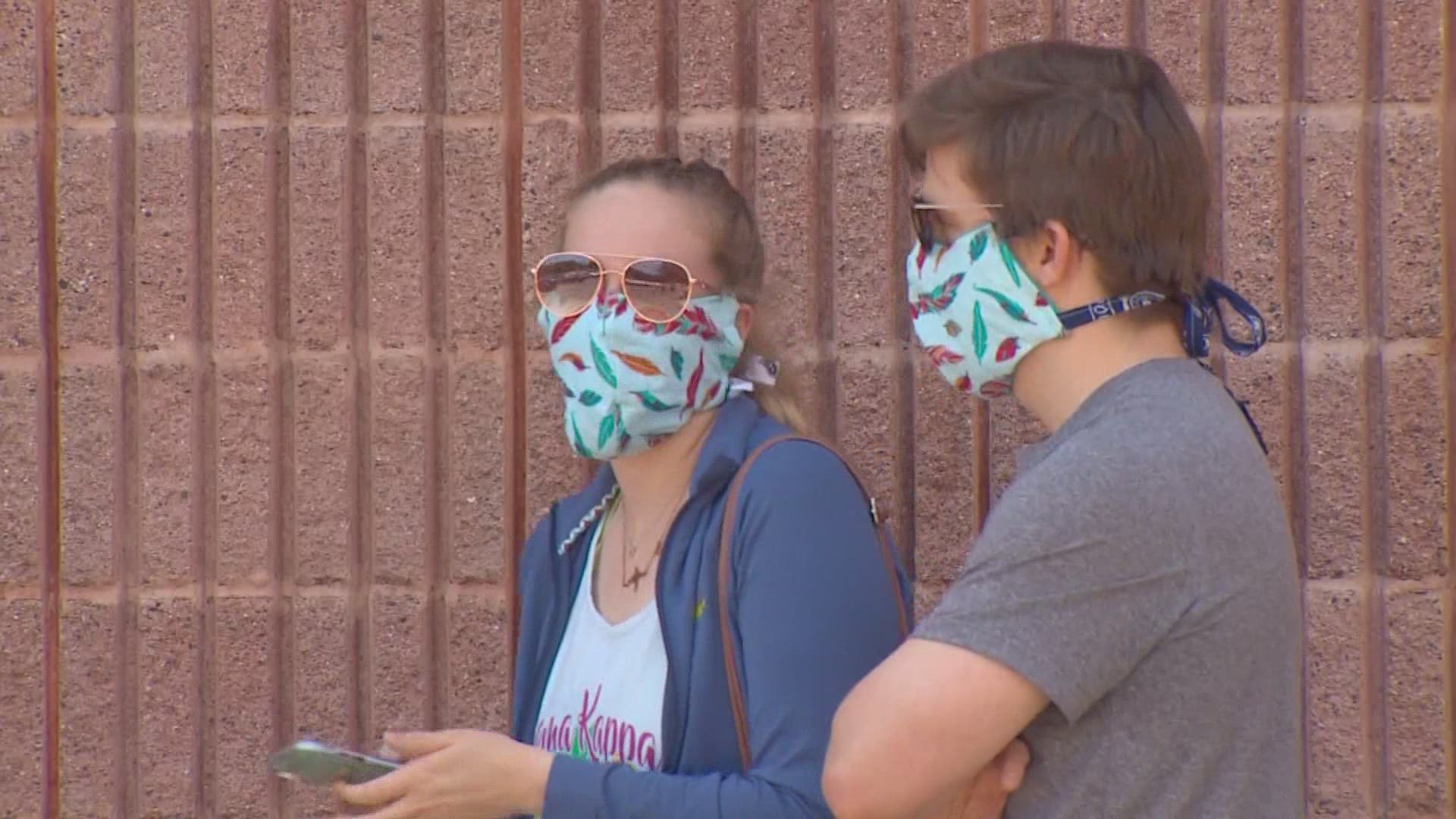 Mills spoke at a faculty-focused virtual panel on the university’s plans for the fall semester given the ongoing pandemic. Mills told employees that the bill is written to keep UA — and cities, as well as most other state agencies and entities — from having their own face covering mandates.

“However, that does not diminish the fact that we would still encourage folks to continue to wear masks to be responsible for their actions and their interactions with other folks,” Mills said. “So while we may not be able to mandate it, if that passes, we would definitely continue to encourage it, especially for those who are not comfortable in the environment they are working in or attending class in.”

UA and most other colleges in the state continue to require face coverings on campus when physical distancing isn’t possible, keeping such requirements in place at least through the spring semester even after the statewide mandate lapsed March 30.

The Arkansas State University System board of trustees at its June meeting will be asked the review current masking policy “based on law and guidance at that time,” Jeff Hankins, an ASU System spokesman, said in an email. The current mask policy will be in place until then, Hankins said.

The bill on face coverings, SB 590, states that a “a state agency or entity, a political subdivision of the state, or a state or local official shall not mandate an individual in this state to use a face mask, face shield, or other face covering,” leaving it up to the state Legislature to enact such measures for those entities. Limited exceptions include state-controlled health care facilities.

Should it become law, the bill would take effect 90 days after the final official day of the ongoing legislative session. An emergency clause that was part of the bill failed to get enough votes to pass.

The U.S. Centers for Disease Control and Prevention has revised its guidelines for those fully vaccinated against covid-19, but it is still recommended for this group to “take precautions in indoor public settings like wearing a well-fitted mask,” according to the CDC’s website.

Huda Sharaf, medical director for UA’s Pat Walker Health Center, said the university does not have any current plans to require vaccination for students, faculty or staff. Mills said there’s no indication from the state Department of Health of any statewide vaccine mandate, and “we don’t anticipate that changing any time in the near future.”

Sharaf said that “the more of us that get vaccinated, the safer the campus will be.”

UA’s faculty senate on April 14 voted to approve a non-binding resolution calling for the current campus face covering requirement to continue indoors “until the CDC declares the wearing of face coverings in public buildings no longer necessary.”

The most recent data from the state Department of Health shows active case ticking downward in public school districts and colleges across the state. The department releases reports twice weekly, typically on Mondays and Thursdays.

Public school district active cases of covid-19 among students and staff fell to 275, according to Monday’s report, down from the 290 active cases listed in Thursday’s report.

The report Monday listed 16 public school districts with five or more active cases, down from 17 listed in Thursday’s report.

Statewide, college active cases of covid-19 dipped to 75 as of Monday, down from 82 active cases listed in Thursday’s report.