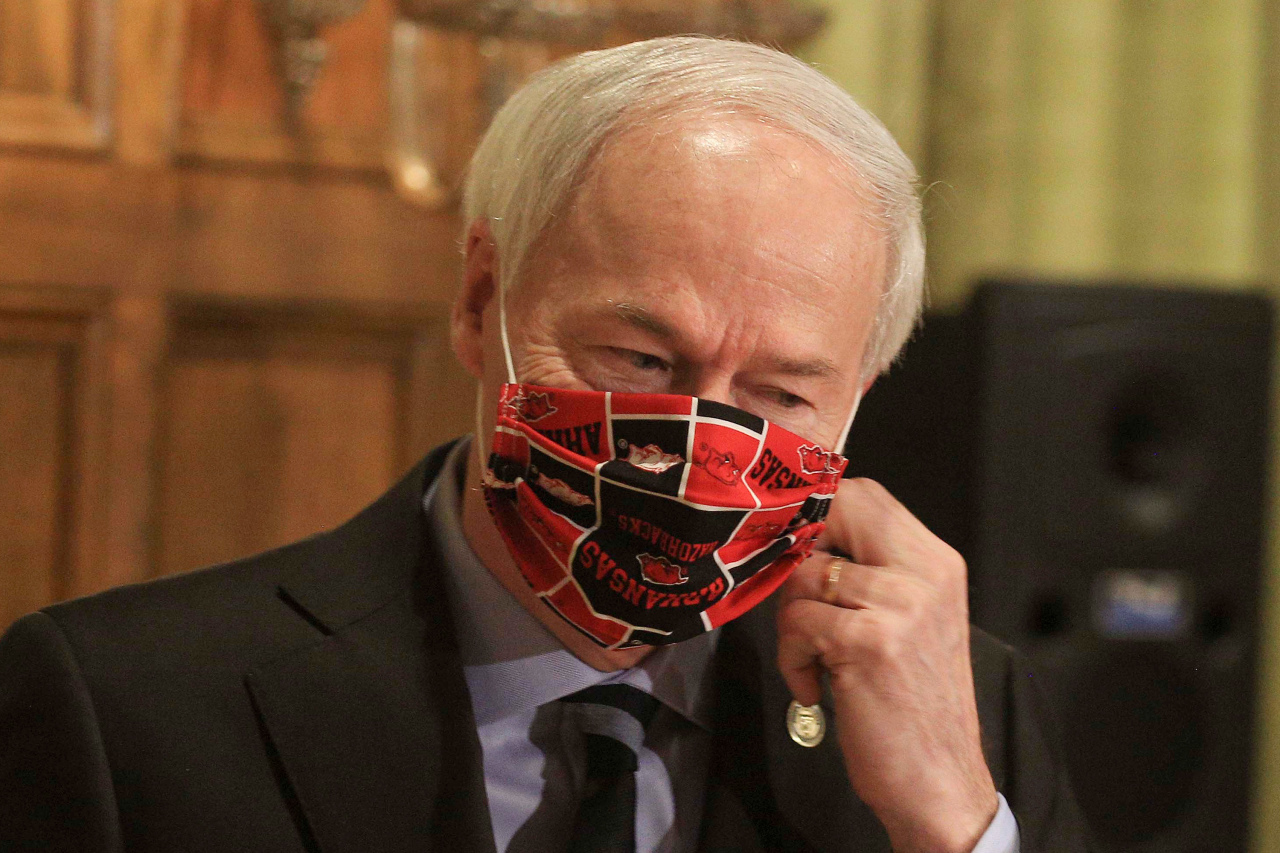 FAYETTEVILLE, Ark. – Gov. Asa Hutchinson signed into law Thursday legislation to ban state or local mask mandates for preventing the spread of the coronavirus, even though the prohibition will not take effect until later this summer.

Hutchinson last month dropped the state’s mandate, but cities including Fayetteville and Little Rock were allowed to keep their requirements in place.

The bill is the latest measure the Republican governor has signed to curb the state’s restrictions because of the pandemic. Hutchinson on Wednesday signed bills prohibiting state and local governments from requiring vaccinations against the virus or “vaccine passports” to access services.

The mask mandate ban does not prevent businesses from imposing their own requirements, unlike an earlier version of the bill Hutchinson had said he would veto. The new law doesn’t take effect until late July at the earliest.

The measure doesn’t apply to state-owned or state-controlled health care facilities, state prisons or facilities operated by the Division of Youth Services.

The bill was signed on the same day in which the state’s count of total cases since March 2020 rose by 240.

The number of people hospitalized in the state with covid-19 rose by one, to 166.

The state’s death toll from the virus, as tracked by the Arkansas Department of Health, rose by nine, to 5,735.

“Our vaccine numbers were lower today than last week,” Hutchinson said in a statement. “We have plenty of doses across the state, and all Arkansans 16 and older are eligible. Check the Department of Health website or call 1-800-985-6030 if you need assistance finding a location to get vaccinated.”

The Health Department reported that the number of vaccine doses that had been administered in the state, including second doses of the Pfizer and Moderna vaccines, grew by 14,774.

That was almost 5,900 doses lower than the increase a week earlier.

Over a rolling seven-day span, the total number of doses that had been administered dipped below 100,000 for the first time since the week ending March 6.

The increase in cases was smaller than the one a day earlier but larger, by 79, than the one the previous Thursday, April 22.