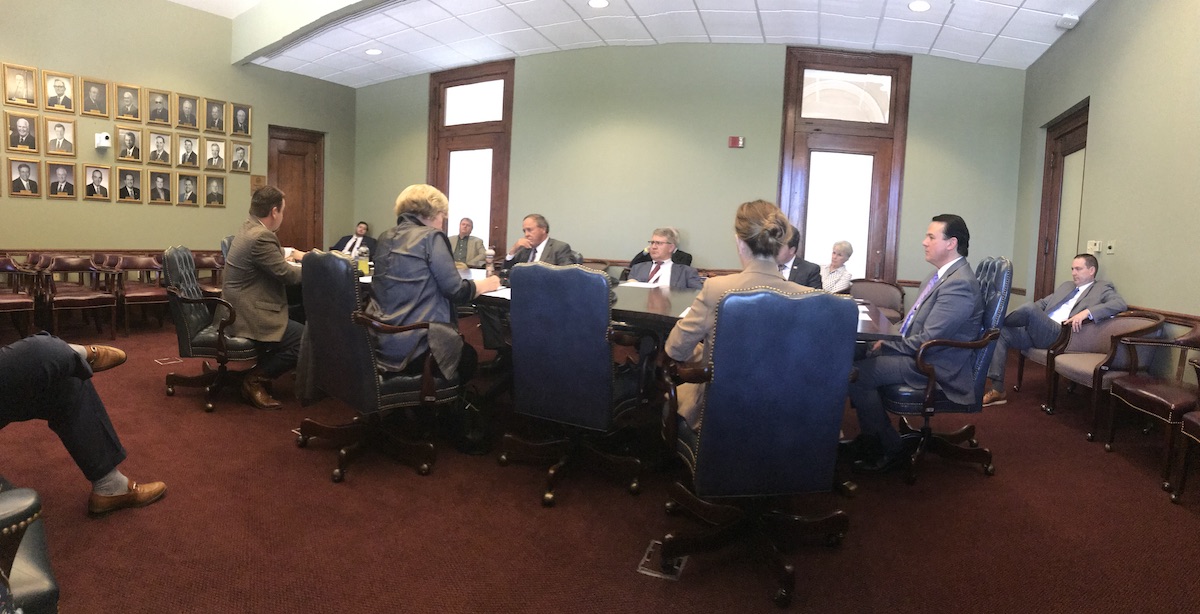 Arkansas – Dr. José Romero holds on as director of the Arkansas Department of Health after an intense vote in the Arkansas state Senate. He needed up votes from 24 of the state’s 35 senators, and got 25.

A number of senators have bristled at Romero’s refusal to show what they consider the appropriate level of deference for senators, and some took issue with Romero’s failure to endorse the use of hydroxychloroquine as a treatment for COVID-19. The National Institutes of Health studied the drug and found it is not effective at treating coronavirus infection.

“Pride goeth before destruction and a haughty spirit before a fall,” Sen. Jason Rapert said as he argued for Romero to be kicked out as director of the Arkansas Department of Health, a post to which he was appointed by Governor Hutchinson last year. Rapert said he took issue with Romero suggesting that he shouldn’t leave the hospital when Rapert was being treated for COVID-19. Rapert likened it to being put under house arrest.

“Why don’t we stand up for civil liberties?” Rapert said. Rapert was also angry about the enforcement of a rule against singing in church to prevent COVID spread. Studies showed that singing spread the virus far more than talking.

But guidelines against singing in church, introduced by the state health department under Romero’s leadership, went too far, singling out churches while big retail stores remained open for business, he said.

“I’m objecting today for every pastor at every church in the state of Arkansas that got one of those calls that asked, ‘Are you singing in church? You can go to Walmart and you can go to Lowes and rub up against each other all day long.”

Sen. Trent Garner (R-El Dorado) reiterated arguments against Romero he had made in a Rules Committee meeting that immediately preceded the Senate session, specifically that vaccine rollout has gone far too slowly.

“Our vaccine rollout has been one of the most anemic in the United States,” Garner said.

Garner criticized Romero for not coming to today’s meetings about his appointment.  But as of this morning, Romero had not been invited to appear, according to Meg Mirivel, communication director for the Arkansas Department of Health.

Romero had defenders in the Senate, as well. Sen. Stephanie Flowers (D-Pine Bluff) said she was glad Romero didn’t push bleach, bright lights and other unproven treatments as COVID cures, despite pressure from the Trump White House to do so. And Sen. Cecile Bledsoe (R-Rogers) said she’s heard from constituents and people in the medical field who appreciated Romero’s leadership and wanted to keep it in place.

Sen. Mark Johnson (R-Little Rock) acknowledged that Thursday’s vote was only partially about Romero’s fitness for the position, and largely about what he called senatorial courtesy. He suggested the governor should have called senators for their opinions before making appointments. “This is really not about, completely about, Dr. Romero,” Johnson said. It’s more about checks and balances and the separation of powers.

Thursday’s vote is the latest in a power struggle between a crew of Arkansas state senators pushing back against powers Hutchinson invokes as governor. Last year 18 Arkansas lawmakers sued the governor over his COVID-19 emergency order, arguing that lawmakers should have an equal say as the governor before emergency measures went into place. A judge dismissed the lawsuit.