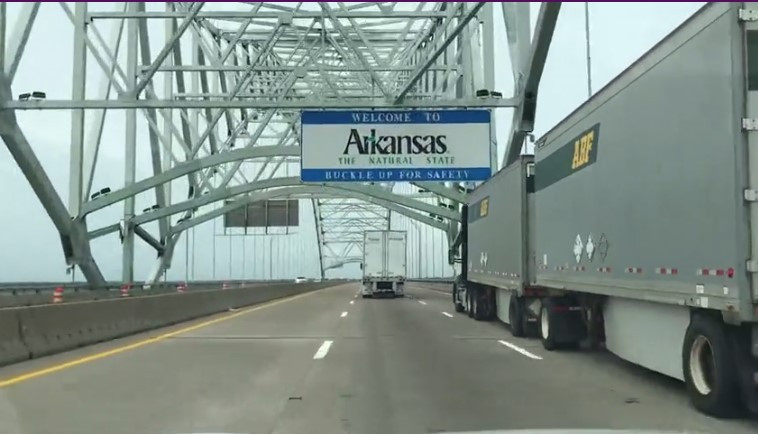 Arkansas — The same week that President Joe Biden recommended states reinstate mask mandates to avoid COVID transmission, all three states in the Memphis area seem to have other plans.

Arkansas in particular is going in the opposite direction, with Gov. Asa Hutchinson moving up his date to end the statewide mask requirement. But some cities are still requiring restrictions.

With plenty of hospital capacity, a COVID rate below 10 percent positivity, and other markers showing improvements in the battle against COVID-19, Arkansas’ governor took a big step in restoring the Natural State back to normal.

“The state-wide mask mandate will be lifted, effective today. I would add that this does not mean that the use of the masks will cease,” Hutchinson said Tuesday.

He suggested masks should still be worn in public and crowded settings, and the state will allow for some flexibility.

Cities will be allowed to set their own safety guidelines and West Memphis plans on emphasizing caution. West Memphis schools will also require masks for the rest of the school year.

“We’re in this tri-state area, so we have to take into account not just what goes on in West Memphis, but what happens in Tennessee and Missisisppi,” West Memphis Mayor Marco McClendon said.

Despite cancelling the state-wide mandate, Hutchinson doesn’t want mask usage to be divisive for Arkansans.

“Many businesses will continue to require it. Be respectful of that,” he said. “If you don’t want to comply with that, you have options to go somewhere else.”

McClendon agrees with that sentiment, though he says he would’ve liked to see masks required for another month or so.

“I think it was too quick,” McClendon said.

Ultimately, he said elected officials are trying to do what’s right for the people that elected them.

“I’m going to do the right thing that I feel is best for the people of West Memphis and for the county of Crittenden,” McClendon said.

Arkansas man sentenced to 40 years for threats against FBI agents, former US attorney