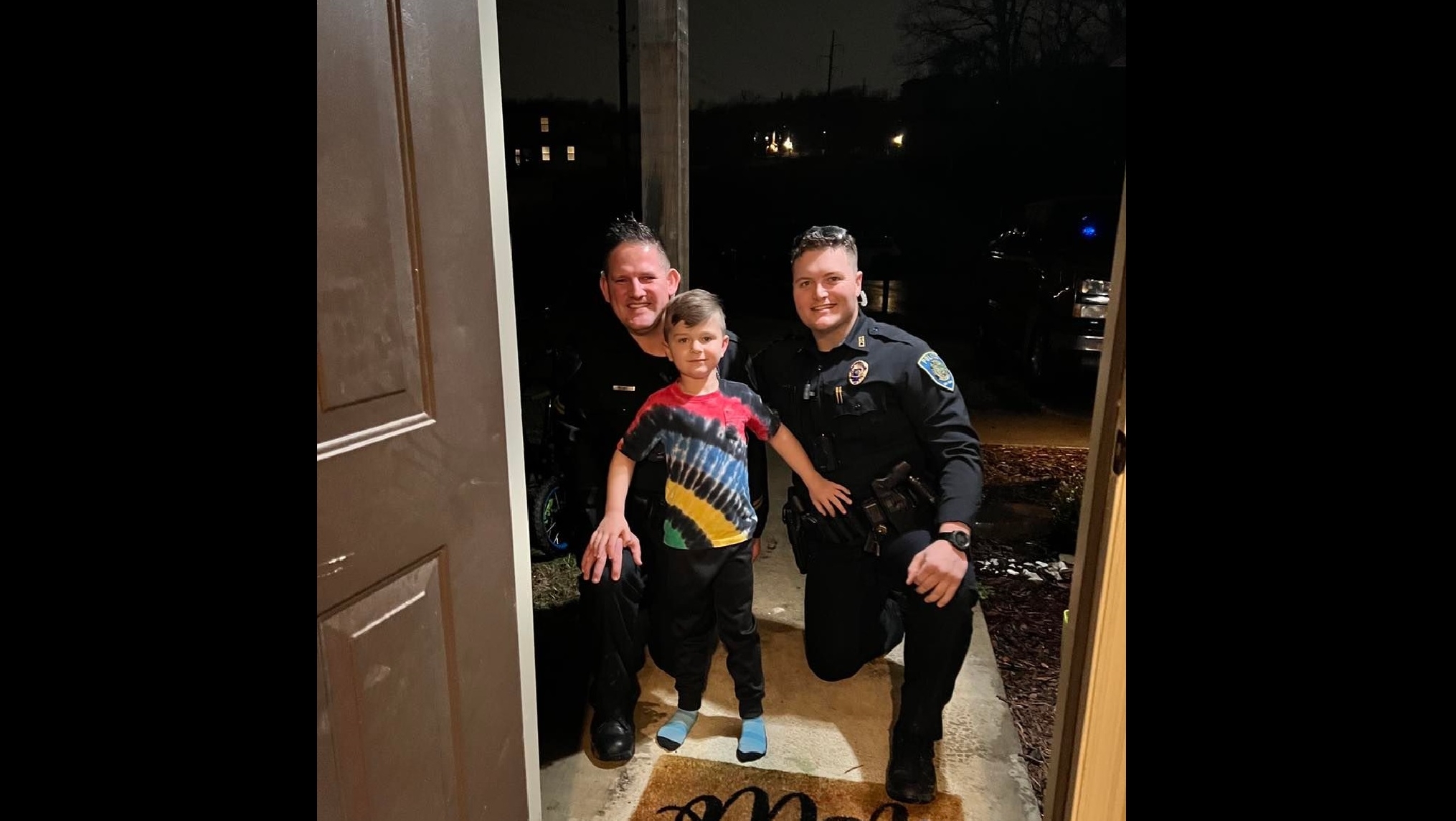 FAYETTEVILLE, AR — The Fayetteville police and firefighters went to the pre-school to thank the five-year-old child for his contribution in saving a missing man with Alzheimer’s disease.

A 65-year-old man was reported missing when he walked away from his home without a phone or a vehicle, and was suffering from Alzheimer’s disease.

“There have been extensive efforts made to locate the gentleman, but we just hadn’t found him yet,” said Lt. Scott Carlton with the Fayetteville Police Department. “Darkness was moving out on us. We had rainfall coming in, and we had done everything we could to put the information out to the public to try to find him.”

When Lt. Carlton and his team went around the neighborhood and started asking questions door to door, the young Ezekiel McCulley told them that he saw a man out in the woods during a break that day.

“I saved someone just off my eyes,” said Ezekiel.

The 5-year-old boy said he was very excited, but also scared when he spoke with the officers, but he is glad that he helped.

“The cops ended up coming back and knocking on our door,” said Ezekiel’s mom, Brittany McCulley. “They told us they found him and that it was due to his tip. They asked if they could take a picture with him, and he has just been so excited since.”

Lt. Carlton said Ezekiel is the hero of the day.

“Everyone wanted to come and meet him, so the police officers and firemen were so excited this morning to come down here and see him,” said Lt. Carlton.

During their visit to the Happy Hollow Pre-K class, they brought along cookies, badges and other items for the students.

Fayetteville police posted the photos with their young hero, and it’s blowing up with praise.

The hero of the day said he would like to become a police officer one day.

Gov. Hutchinson has appointed attorney Kolby Harper as District Judge for the Thirty-Eighth District to replace Judge Tony Yocom, who will retire on July 31, 2022

Victim’s memorial demolished by vandals, family shaken by the act