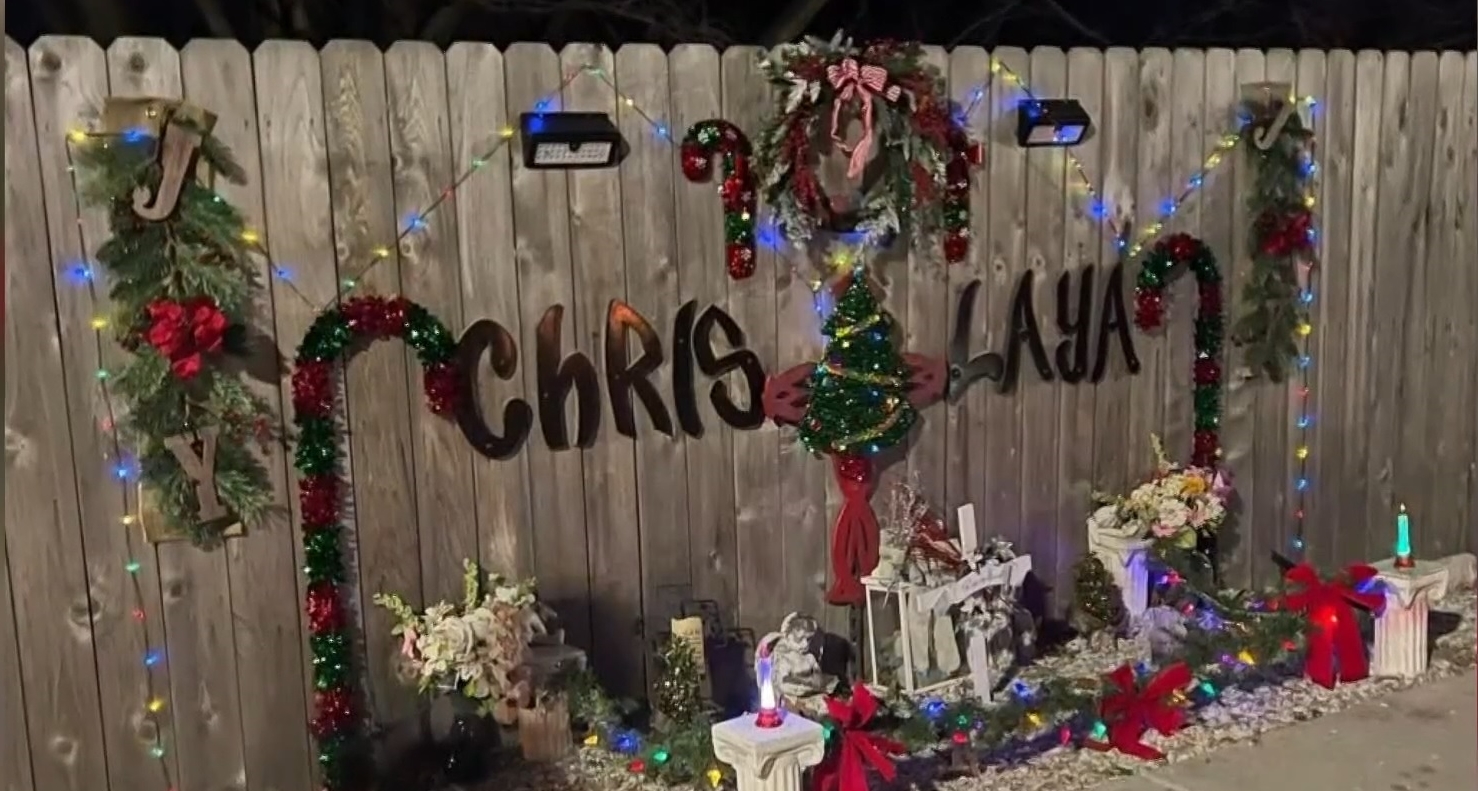 Fayetteville, AR- Vandals wrecked the memorial site that was set for the two teens that died in a car crash in May 2019.

The mother of one of the victims, Natasha Gutierrez, is devastated and could not understand why would someone do such a terrible thing.

“I just don’t get why someone to do something like this,” Gutierrez said. “They were amazing kids, they were happy.”

Her son, 18-year-old Christopher Gutierrez, and his girlfriend, 19-year-old Atalaya Thompson, died in a single-car accident in May 2019, just days before Chris would become a high school graduate.

They had the City of Fayetteville’s approval to place the memorial on Old Wire Road. They were visiting the memorial site and decorating it every holiday season.

Until now, no demolition happened before at the memorial site.

“It’s like rage and heartbroken,” said Lee, describing the emotion he felt seeing the destroyed memorial. “How could somebody do a heinous thing like this.”

“I just couldn’t believe that someone could do something so evil,” Gutierrez said. “Like, whoever did it, did it with rage.”

Gutierrez was mad at first, but now wants to let the vandals know that she forgives them.

There are no working video cameras that cover the area, so there is no way to see and find who wrecked the memorial

The family also  expressed their gratitude for their support and donations to the memorial.

Northbound lanes of College Ave. will be closed due to sewer repair