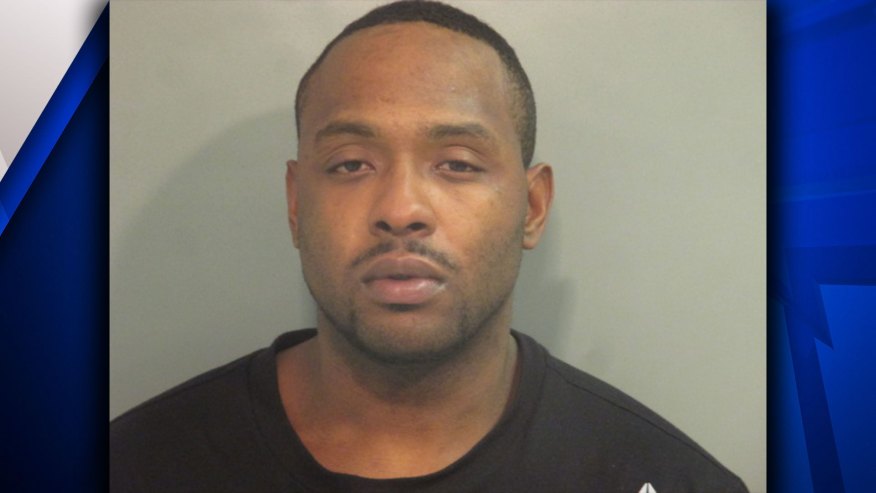 FAYETTEVILLE, Ark. — A Fayetteville man was arrested on two counts of aggravated robbery on Thursday after police say he held up two people at gunpoint while they were sitting in their vehicles.

Quintton Jamond Allen, 29, allegedly admitted to the robberies and said he did it “because he needed money,” according to a preliminary arrest report from the Fayetteville Police Department.

On October 15, a victim reported being robbed at gunpoint while sitting in her vehicle. She said the suspect approached, pointed and racked the slide of a silver-and-black handgun, and demanded that she give him all her money.

The victim handed over a credit card, and the suspect ran away.

On October 23, a woman reported being robbed at gunpoint in a public parking lot Watson Street and Campbell Avenue. The victim gave over her phone and debit card, and the suspect fled in an older, 4-door white car.

In each case, the victims gave a similar description of the suspect, describing him as a black male with a shaved head and white shirt.

Upon reviewing video surveillance of the area, officers observed a silver, older Chevrolet Impala leaving the area at a “high rate of speed” traveling south on West Avenue. The driver appeared to be a black male wearing a white t-shirt.

The victim’s property was later found in the street on West Avenue.

In the following days, aggravated robberies were also reported in Springdale and Rogers, with victims giving similar descriptions of the suspect and vehicle.

Video surveillance from a Rogers robbery was reviewed, showing the suspect leaving in a silver Chevrolet Impala. The front-left corner panel of the Impala appeared to be darker than the rest of the vehicle, according to the preliminary report.

Police records showed Allen was associated with a 2013 silver Impala, and, when police located it at 745 S. Seven Hills Court, its left-front was dark grey and contrasted with the rest of the vehicle, according to the report.

Allen drove away in the vehicle and was stopped by police.

He was arrested for driving with a suspended license and no insurance. A black-and-silver “realistic” bb pistol was located in the vehicle, and Allen was brought to the police department and interviewed.

According to the report, Allen said he “did commit the robbery and others in Fayetteville, Springdale, and Rogers.”

Allen said he committed the robberies because he “needed the money.”

Police investigate shots fired near U of A Division of Agriculture