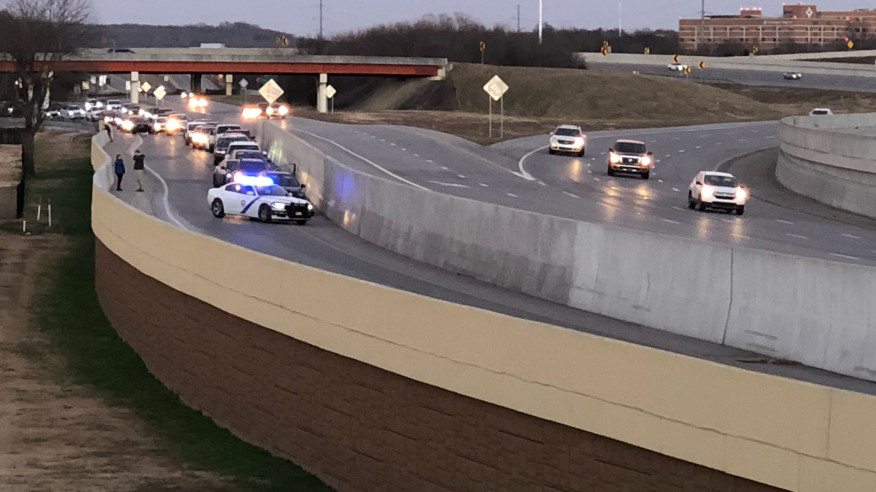 FAYETTEVILLE, Ark. — A man from Fayetteville was arrested following a shooting that killed a woman on Interstate 49 on Saturday, December 26.

Lazarus Reaves, 29, is facing charges of capital murder, possession of a firearm by certain persons, and tampering with physical evidence.

According to a preliminary report, on December 26 around 4 p.m., Arkansas State Police was called for a woman’s body lying in the roadway on the southbound 67A exit ramp on I-49.  The woman was taken to Washington Regional where she was pronounced dead.

Troopers located a .40 Caliber shell casing at the crime scene along with the body.

A Fayetteville Police Officer located a BMW matching the description of the reported car and followed it into the Village Lake apartment complex. The officer ran the license plate of the vehicle and it returned as being registered to a Kia Soul with the victim as the registered owner.

On Sunday, December 27, a search warrant was executed on the black BMW. During the search, they found multiple items belong to Reaves, including check stubs and a debit card with his name and photo.

When police searched the apartment where Reaves was staying, officers located .40 Caliber ammunition in the bedroom.

On Monday, December 28, officers located a .40 caliber FN handgun in a dumpster from the apartment complex that was in close proximity to the BMW and the suspect’s apartment.

Surveillance video and cell phone images were located that shows the suspect with the victim shortly before she was found on the highway.