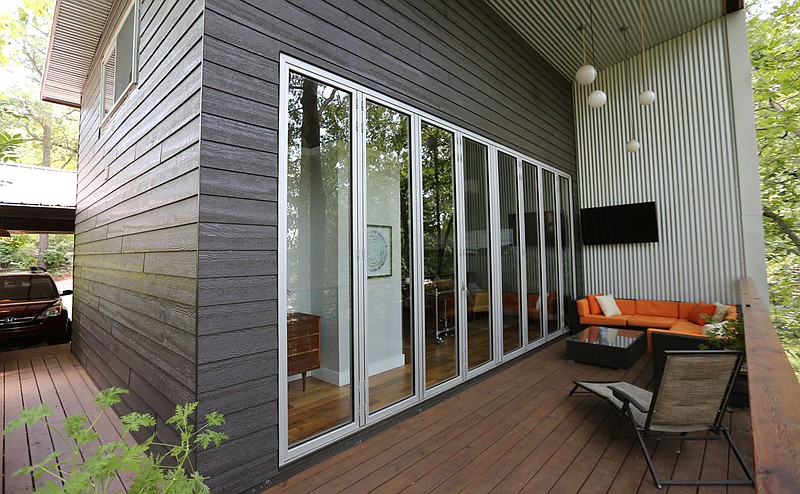 FAYETTEVILLE, Ark. — A proposal to regulate short-term rentals operating in the city was passed for the second time to a review committee and tabled for a month.

The City Council on Thursday agreed the proposal needed more time, with members saying constituents and rental operators had reached out because of confusion over the language. Council members also had their own ideas for changes.

The council’s Ordinance Review Committee will review the proposal at an upcoming meeting. A date wasn’t set Thursday.

The item won’t come back to the full City Council until March 16. It’s on its second of three readings. All of the city’s meetings are being held online on Zoom because of the pandemic.

Right now, short-term rentals are technically illegal in the city. However, city staff estimates there are about 500 in operation.

There are two types outlined in the proposal. Type I rentals are when someone lives at a home and leases out a room, or the entire home when the family is gone. Type II rentals are full-time lodging with no permanent occupants.

The regulations would allow short-term rentals in all zoning districts allowing residential and hotel uses. A maximum of two people per bedroom plus two would be allowed to stay. The property owner would have to get a business license and a basic building inspection.

Included in the proposal is a six-month grace period, upon enactment of the ordinance, for operators of short-term rentals to seek a business license and inspection. After that, any operators of Type II rentals, new or existing, would also need to get a conditional use permit from the Planning Commission. Those who registered within the six-month grace period would not have to get a permit from the commission.

Six people spoke on the item during public comment. All expressed support for bringing it back to committee review. The item was the subject of a committee meeting last month as well.

In other business, the council voted 8-0 to support of a hate crimes bill making its way through the state Legislature.

Council Member Teresa Turk sponsored the resolution, saying it asks legislators to follow through on creating a law to better protect people from criminal harm because of personal attributes.

The bill proposes enhanced sentences for crimes committed against someone because of their race, color, religion, ethnicity, ancestry, national origin, homelessness, gender identity, sexual orientation, sex, disability or military service. It is being held at the committee level currently.

Also on Thursday’s agenda was a contract dealing with land for a planned parking deck at the northwest corner of Dickson Street and West Avenue. The deck will replace the 290 spaces lost once the parking lot west of the Walton Arts Center becomes the civic green space of the cultural arts corridor downtown.

Under the deal, the city would pay landowners Ted Belden and Greg House $250,000 and the Bank of Fayetteville $100,000 for about a half an acre. In turn, the city would build a five-story parking deck with 300 spaces for the public. Terms would allow private development of a sixth and seventh floors.

Mayor Lioneld Jordan last month asked the council for more time to negotiate a deal. Chief of Staff Susan Norton said the city was still waiting on a signature from the bank on the deal, but Belden and House agreed to the terms.

Discussion on the item was still ongoing at 7:30 p.m.

A rezoning and annexation proposal for more than 80 acres east of Zion and Crossover roads also was on Thursday’s agenda. The development proposal for Chandler Crossing is for 370 lots with homes ranging from single-family to quadplexes and cottage houses sharing a green space area. A commercial area is proposed next to Crossover Road on the west side of the property. All of the development would lie south of Hilton Creek, according to plans submitted to the city.