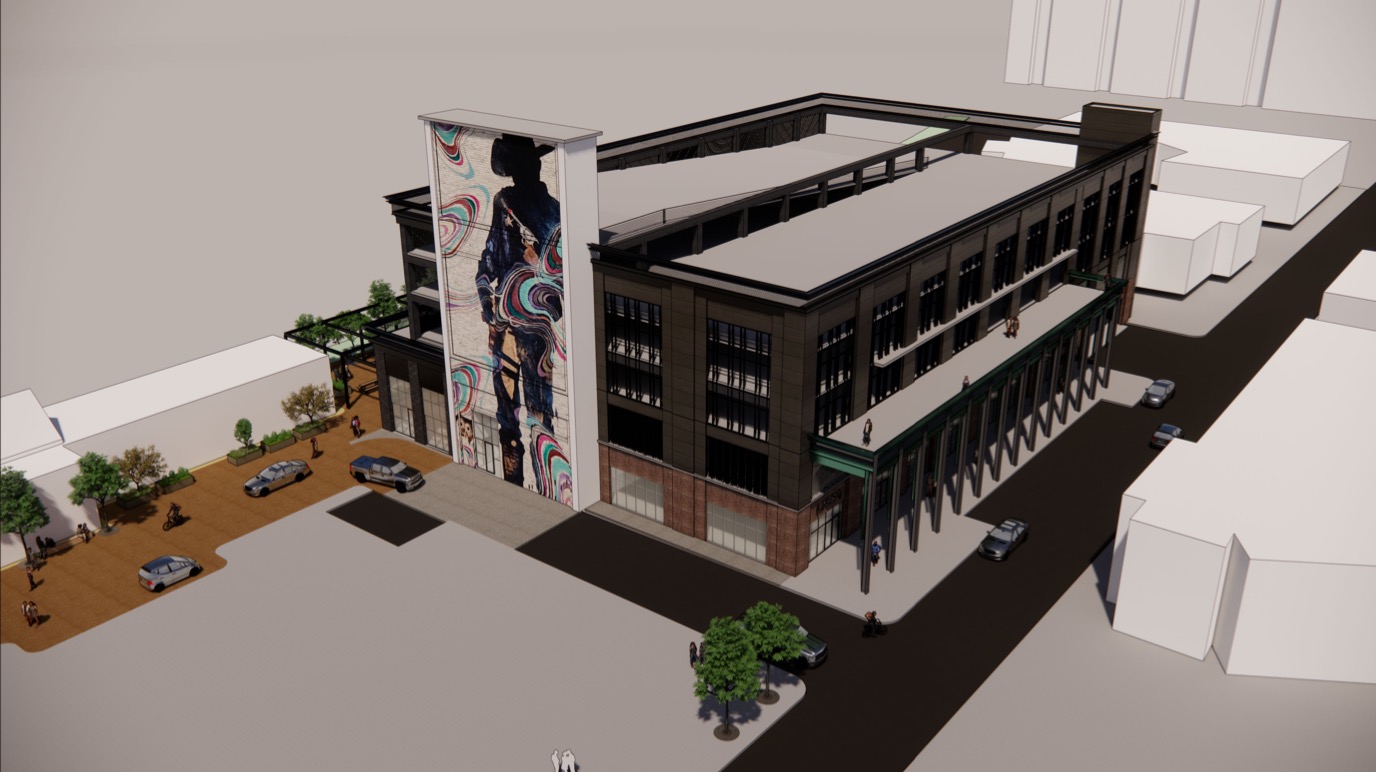 FAYETTEVILLE, Ark. – Fayetteville City Council members next month will continue discussing a contract to build a parking deck off Dickson Street to replace the parking lot that’s set to be redeveloped as part of the Cultural Arts Corridor project.

For several months, the council has brought up the issue and tabled it while city officials negotiate the details of the project. The item is set to return to the agenda on March 2.

Fayetteville voters in 2019 approved a $31.6 million bond package for the arts corridor that includes $10 million for the a parking deck that will replace the large lot across from the Walton Arts Center where an outdoor park and civic plaza are planned. The bond measure stipulated that redevelopment of the lot could not begin until all of the lot’s 290 parking spaces are replaced and ready for use.

What’s currently proposes is a contract to purchase about one-half acre of what’s known as the Depot Lot, which is the lot across Dickson Street at the northwest corner of West Avenue where the Bank of Fayetteville’s train bank and Arsaga’s at the Depot are located.

As part of the contract, the city would pay $250,000 to Greg House and Ted Belden and $100,000 to Bank of Fayetteville for the land needed to build a five-story parking deck with 330 spaces.

As part of the agreement, House and Belden would be allowed to use most of the ground floor of the deck as commercial space, with the remainder reserved for a city police substation. They would also retain an option to build up to two additional stories on top of the deck for their own use at their own expense.

A lease-to-own agreement for a fifth of an acre at the north end of the current WAC lot would come with the proposal, so that House and Belden could build what officials are calling the Fayetteville Food Hall, a four-story building that’s envisioned to house multiple culinary experiences, including options for morning, lunch, evening and after-hours dining. The lease would be forgiven if the building is built to the city’s satisfaction and in a timely manner.

As of last week, House and Belden had signed the agreement, but bank officials were waiting for approval from their board.

Council members Mark Kinion and Teresa Turk have both said they think the city might be overcomplicating the project since all that’s really needed is a parking structure.

Kinion said he likes the idea of having more than just a parking deck, but he’s having a hard time justifying the risks of the more complicated plan, which reminds him of the city’s failed attempt at a public-private partnership at the site of the former Mountain Inn at College Avenue and Center Street.

The hotel was closed in 1998, and sat empty for several years until two local developers proposed building an 18-story hotel called Renaissance Tower on the property.

In a 2005 effort to get the hotel built, the City Council formed the state’s first TIF (tax-increment financing) district, a taxpayer-backed financing mechanism that borrowed against anticipated property tax growth in the district in order to pay for the demolition of a portion of the old hotel. In return, the developers agreed to build a new hotel by late 2007.

Once the structure was demolished, however, the hotel never got off the ground. A construction crane towered over a gaping, fenced-in hole for about two years before a parking lot was finally built over the site. The project was ultimately abandoned due to lack of financing, resulting in the developers paying $300,000 in damages to the city for not fulfilling their commitment.

Mayor Lioneld Jordan said he understands the risk, but he’d rather focus on the possibilities of what the current proposal offers.

“I truly believe that this gets us something more than just a parking deck,” said Jordan. “It gets us more of a gathering place and that’s what this arts corridor has been about the whole time.”

Kinion said he loves the mayor’s vision but asked if he could play devil’s advocate for a moment.

Kinion said he still likes the idea of building a simple deck on the city-owned lot next to Kingfish on School Avenue. City officials have long considered that location as a backup option if the Dickson Street negotiations fall through.

“I don’t mean to be throwing a wet blanket on this, but I think there is an alternative vision that still has to be considered,” said Kinion.

Chief of Staff Susan Norton said there are some key differences between this proposal and the TIF district idea, particularly in that there are some built-in safeguards to ensure the basic amenities are still completed in the event of a fallout.

“In the worst case scenario, we still come away with a deck in the location that we want with the West Avenue enhancements that we want,” said Norton. “And we might not have commercial space activated as quickly as we want, but we’ll still have our police headquarters.”

Kinion said the vision is admirable, but he’s still not yet sold.

Jordan said he’s thought a lot about the city’s history with public-private partnerships and Kinion’s concerns are indeed valid.

“You are right, I was here when we did the TIF district and it did not work out,” said Jordan. “And that’s why I’ve brought this to you to decide either we do this or do we go with Plan B.”

Fayetteville recycling and trash services suspended due to winter weather