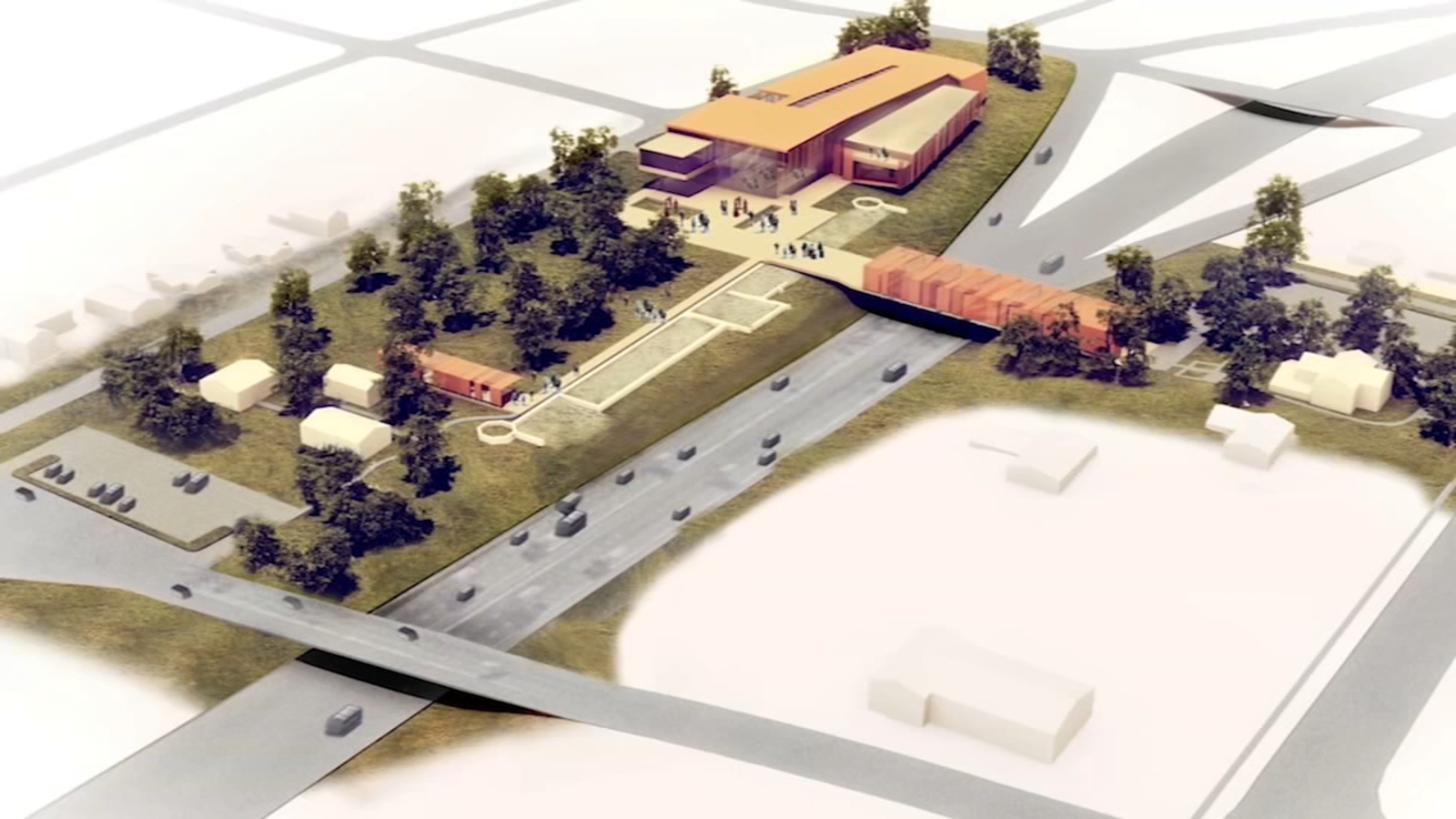 FAYETTEVILLE, Ark.— Some people in Fayetteville are worried about the land that used to serve as a cemetery is being developed into an industrial park.

A piece of land near Combs Chapel Cemetery is being used as part of the Fayetteville Industrial Park. But ancestors of some of Fayetteville’s first residents believe there could be more unmarked graves in the area.

They are hoping to pause the development until they can know for sure.

“It seems like a desecration of a cemetery to me and I was hoping that someone else would feel that same way that I feel,” Fayetteville resident Libby Combs said.

We reached out to the city attorney for comment, but he was not available today.

The property at the northwest corner of Leeper Drive and Pump Station Road in the commerce park is being developed. (1st image, see overall map below. Property under development in light blue). To the west of this site is Combs Cemetery, which is delineated and is a protected burial property. A much smaller cemetery, but also recognized, is located along with Leeper and surrounded on three sides by the property being developed. Both are generally shown in the screenshot below in dark blue.

When this came up in late December and early January, staff vetted the assertion that the property under development is protected as a cemetery. Available documents indicate that the property is not classified as a cemetery and has been assessed for taxation purposes for at least 13 years. Taxation suggests that neither the state nor county consider it a cemetery since burial sites are exempt from property taxes.

That said, if human remains are discovered, they are protected by state law which dictates that all work must cease and consultation sought from the Division of Arkansas Heritage. Eric Mills, a State of Arkansas archeologist, describes the statutes, penalties, and procedures for this situation in the attached email. I shared this and the community concerns with the project’s engineer in January.