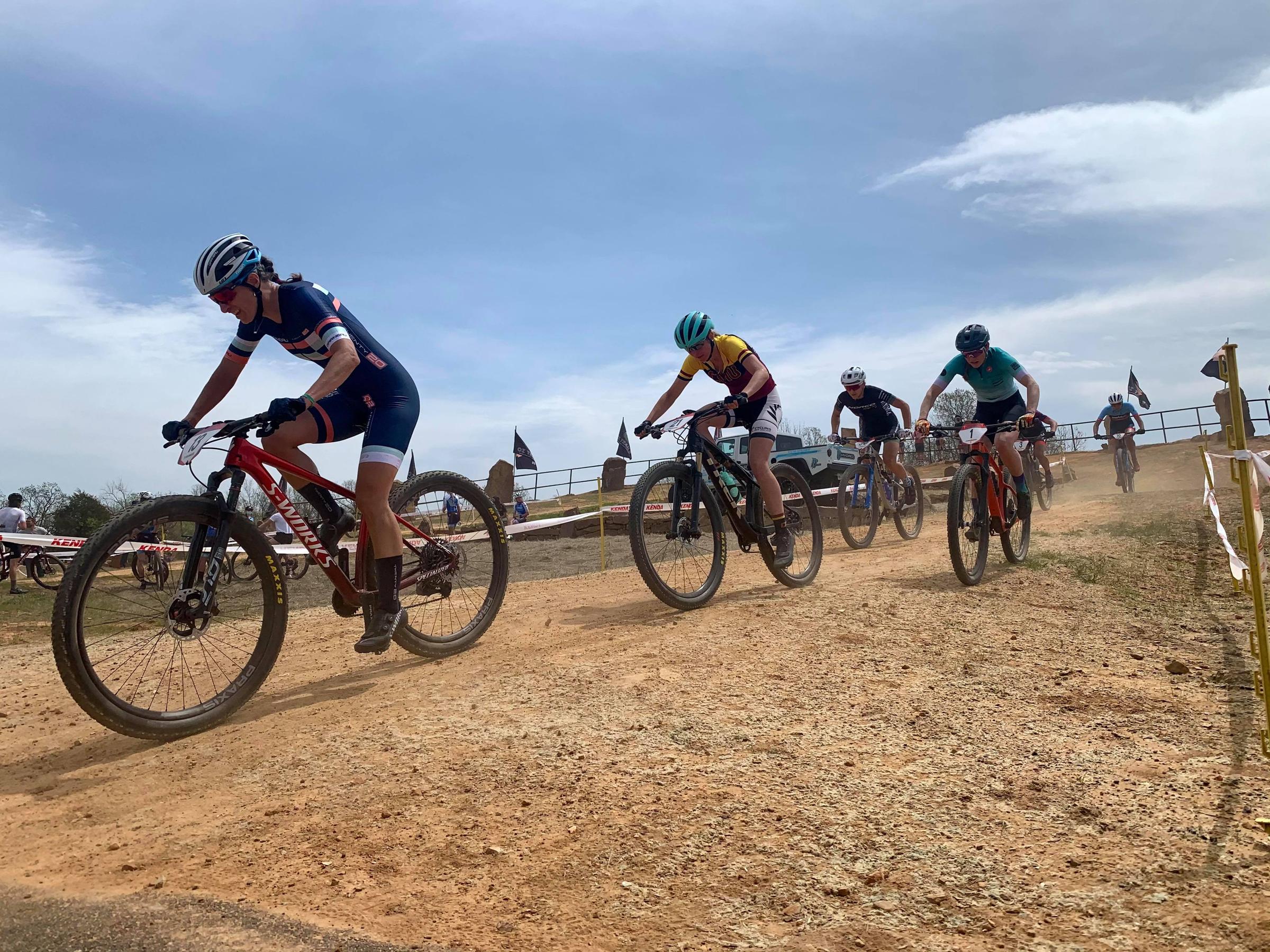 FAYETTEVILLE, Ark. — The tourism bureau in Fayetteville ended a contract with the production company it hired in 2019 to run a series of cyclocross events, including next year’s world championship.

Experience Fayetteville, the city’s tourism bureau, had a contract with Brook Watts and his Parkven Productions in Colorado to organize three cyclocross races. The Advertising and Promotion Commission, which governs the tourism bureau, approved the contract in August 2019.

Cyclocross is akin to mountain biking, involving short courses with obstacles, hills, steps and rough terrain that prompts riders to get off their bikes and run for certain parts before getting back on.

A first event, FayetteCross, happened in October 2019 at Centennial Park. A second event was scheduled for last year but was postponed because of the covid-19 pandemic.

The two remaining events will go on as planned, Rawn told the commission during its meeting held online Monday. Union Cycliste Internationale is scheduled to hold an Oct. 13 cyclocross event. The organization’s World Championships event is scheduled for Jan. 29-30. Both events will be held at Centennial Park.

Rawn said she appreciated Parkven’s past work, including its input on the design of Centennial Park, but that it was no longer beneficial for Experience Fayetteville to continue working with the group. Rawn requested an end to the contract with Parkven Productions in a March 31 email to Watts and his business partner, Kristin Diamond.

“I believe this is a good point of transition, from the current relationship to an improved situation, and I’d like you to consider the prospects of a mutual termination of the parties’ contract and orderly wind-down now, and in advance of the scheduled expiration in April 2022,” Rawn stated. “We can discuss the reasons for my request, although I doubt they will be a surprise (as we have communicated candidly these past 19 months).”

The $320,000 contract with Parkven Productions included a quarterly payment schedule. Parkven received the full amount included in the contract and was released from its organizational duties, Rawn said. Money paid to Parkven came from a $2.3 million grant from the Walton Family Foundation Personal Philanthropy Group, awarded to Experience Fayetteville in July 2019 to put on the three cyclocross events.

Emails sent before 5 p.m. Monday to Watts and representatives of Union Cycliste Internationale seeking comment were not answered.

Watts posted a statement Wednesday on Twitter saying he would no longer be participating as the race organizer for the cyclocross events in Fayetteville.

“The situation in Arkansas remains problematic and unfortunately, I don’t see any satisfactory resolution,” Watts stated. “I have sincerely, but unsuccessfully, attempted to work out my concerns and differences with constituents. However, regrettably, we were not successful.”

On March 26, Watts posted a statement on Twitter denouncing the state Legislature’s passage of a bill deterring schools from allowing transgender athletes to participate on girls’ and women’s sports teams. Gov. Asa Hutchinson signed the measure into law March 25.

“I usually keep my political views to myself but I cannot keep silent about what’s going on in Arkansas,” Watts stated. “The decision made by Gov. Hutchinson to sign SB354, a bill that bans transgender women and girls from participating in sports consistent with their gender identity is discriminatory and awful.”

Rawn said the bureau’s decision to end the contract with Parkven had nothing to do with Watts’ statements. Experience Fayetteville posted a statement to Twitter on March 31 denouncing the legislation, describing it as discriminatory and harmful to the state’s LGBTQ community. The statement also warned of a potential negative effect on tourism revenue from boycotts of high-profile sporting events.

“We are alarmed by the string of policy targeting LGBTQ people in Arkansas,” Walton stated. “This trend is harmful and sends the wrong message to those willing to invest in or visit our state.”

Rawn said the city’s tourism bureau will bring the Advertising and Promotion Commission a contract with a new race organizer as soon as possible. The commission’s next meeting is scheduled for May 24, but a special meeting may be needed before then if negotiations with another firm make headway, she said.