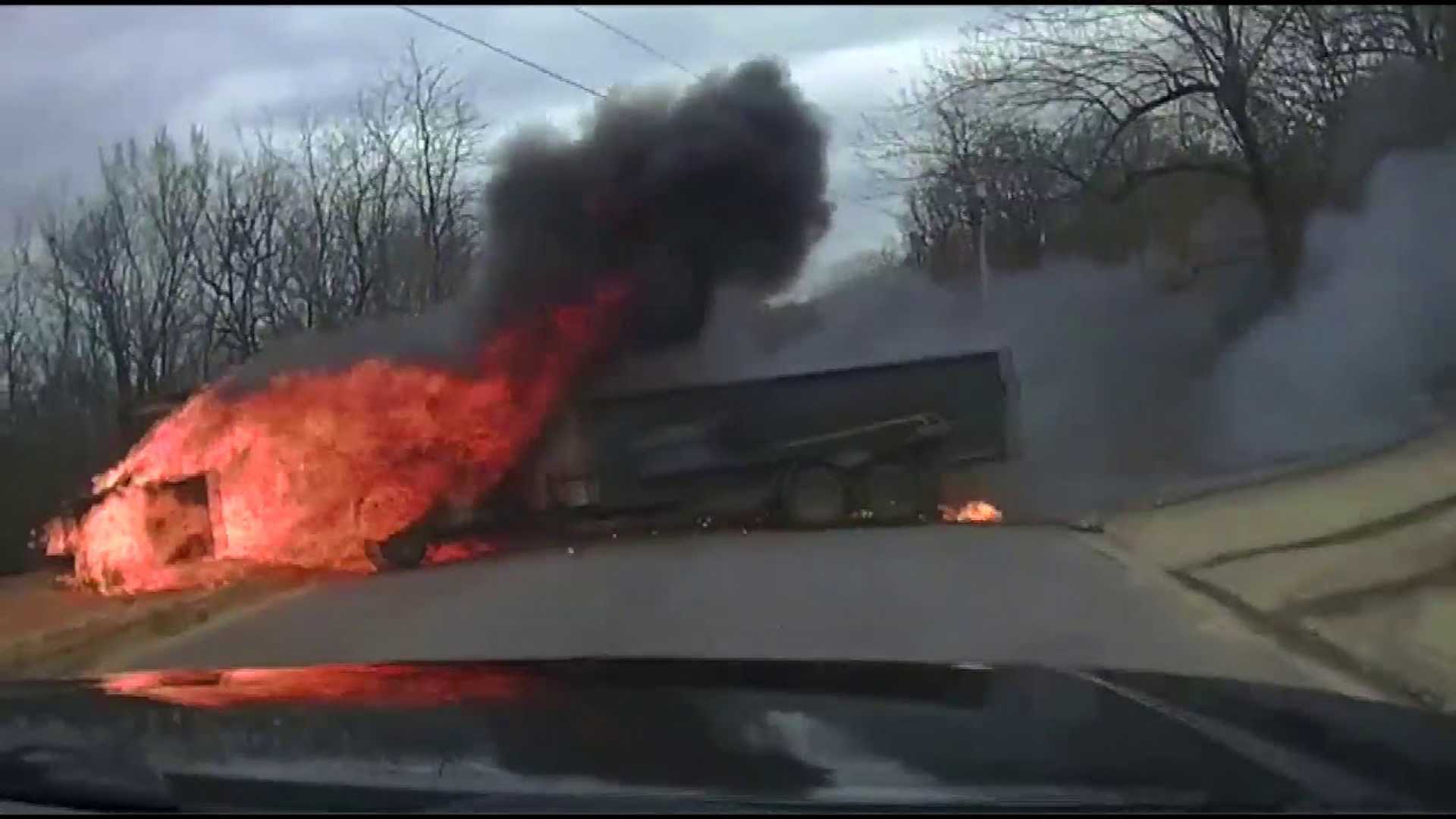 FAYETTEVILLE, Ark. – A police officer’s dashcam recently captured one of the craziest vehicle fires we’ve seen yet. Patrolling the streets of Fayetteville, Arkansas, Officer Harris caught a flaming van rolling down a public road, ending its journey in a ditch at the end of the street. While it may sound like a scene from a Michael Bay film, this was unfortunately a very real incident.

Luckily the FPD officer arrived on the scene quickly and kept a passerby out of harm’s way – who was almost taken out by the flaming vehicle. The footage from the dashcam reveals a van that had apparently exploded and proceeded to roll away at an alarmingly fast rate of speed.

To add to the shock and awe of the scene, Officer Harris was on his own until the Fayetteville Fire Department arrived. As such, there is additional footage of him grabbing a fire extinguisher from the back of his patrol vehicle and jumping into action. Thankfully it didn’t take long for emergency crews to arrive and swiftly put the fire out.

“It was a windy day, so it could’ve been really bad, and until the fire department arrived, Harris was a one-man-show,” said Sgt. Murphy, FPD Public Information Officer. “I’m just happy our units responded so quickly so they could put those flames out. Firefighters need hero’s and I think Officer Harris was probably their hero that day.”

5NEWS reports that the Fayetteville Fire Department believes that the blaze was started by the van overheating. Contrary to the spectacle of such a terrifying sight, nobody was hurt, and the damage wasn’t nearly as bad as it could’ve been. Therefore, next time you roll up to a stop sign, add flaming vehicles to your list of things to look out for.