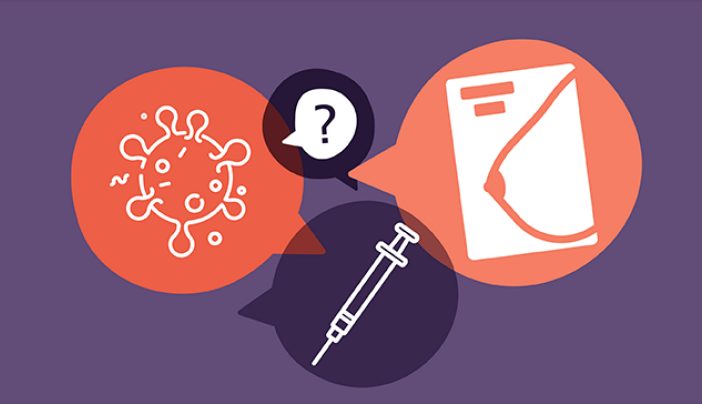 LITTLE ROCK, Ark. — As women get their yearly mammograms, doctors have noticed something impacting results: the presence of swollen lymph nodes, a common side effect of the COVID-19 vaccine.

Dr. Stacy Smith Foley, Medical Director of The Breast Center at CARTI, said the swollen lymph nodes after a vaccine are not something to panic about.

“The swollen lymph nodes are the body’s natural response to being exposed to the vaccine,” she said.

However, for some women, it has been a cause of concern. Dr. Smith-Foley said the issue is that swollen lymph nodes are also a sign of potential cancer.

“A small fraction of breast cancer patients have swollen lymph nodes as a first sign they have cancer on their mammogram,” she said. “They can also indicate lymphoma or cancer from another source.”

That’s why she is now alerting patients to notify their doctors if they have recently been vaccinated before their mammogram.

“Let the technologist know you have had the vaccine,” she said. “It’s something we have been recording on every single patient.”

Dr. Smith-Foley said that while enlarged lymph nodes caused by the vaccine are temporary, ones indicating possible cancer are not.

“If a woman presents breast cancer with large lymph nodes, they don’t fluctuate and they stay enlarged,” said Dr. Smith-Foley.

She said that in an ideal world, women would get their mammogram four weeks after their second vaccine. However, she said that isn’t always possible and that should not be a deterrent.

“A lot of women delayed their mammogram last year due to the pandemic and breast cancer is one of those things that can be found smaller and is more easily treated if found in their early screenings,” she said. “Don’t delay getting your mammogram.”

She is encouraging women to stay aware of any changes to their body, stay in communication with their doctor, and most importantly, not skip that mammogram.

Arkansas Covid Vaccine Total Ranks Among Lowest In US