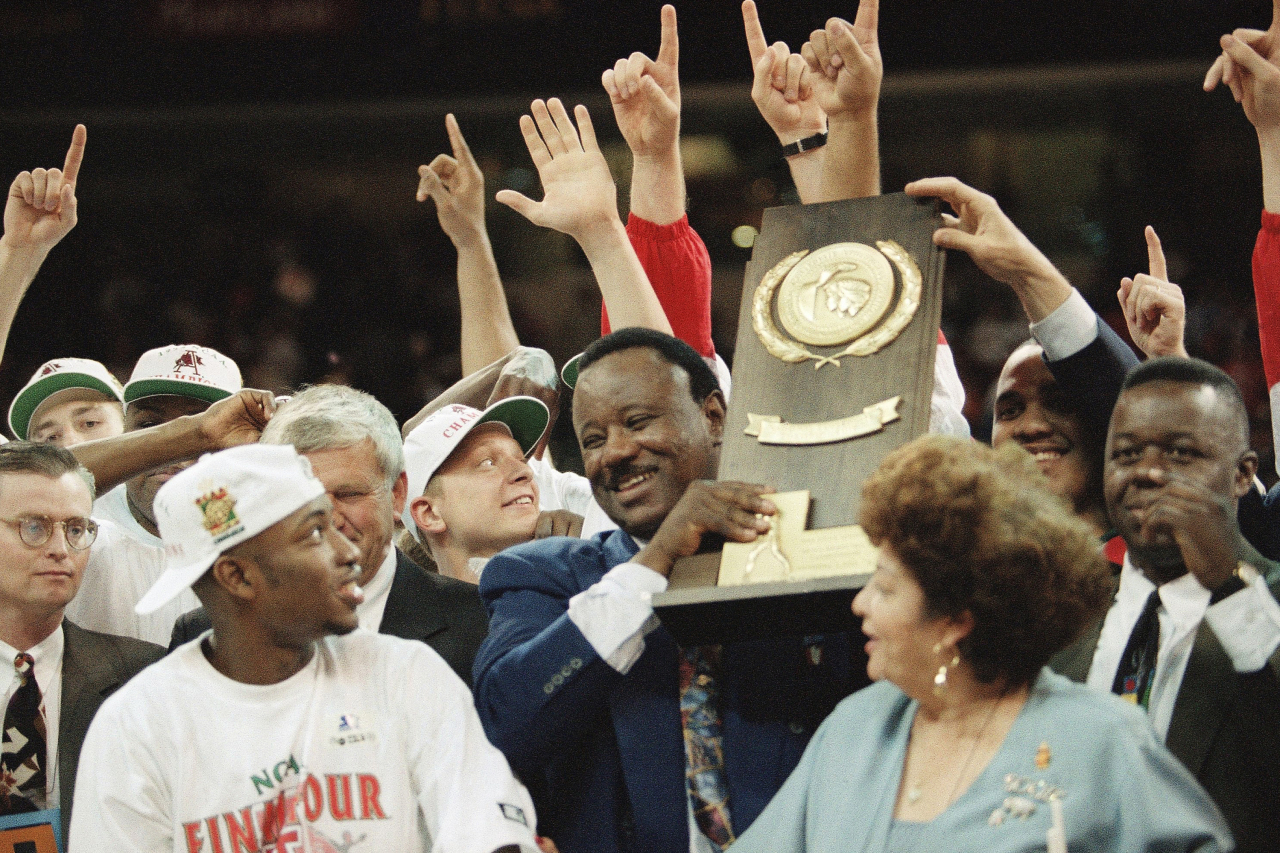 FAYETTEVILLE, Ark. – Hall of Fame Coach, Nolan Richardson, invited me over to his house this morning which where I got to see his impressive memorabilia collection. While we tore through it, we had a good conversation about how far the game has come, but also about the similarities he sees between the different generations of championship contenders.

“You have an advantage when the defense is moving, and that is what I am seeing the Razorbacks doing when they’re running,” says Richardson.

Richardson notes the key to winning the national championship in 94′ was playing in a style no other team had the courage to play in.

The chip with the Razorbacks, Richardson tells me is his greatest achievement. However, he believes there was still a lot left on the table.

“I sometimes get upset and angry because I thought we could have won it in 95′, and think about Cortes Williams and Scottie Periman only being Juniors then maybe we were going to win 3,” adds Richardson.

But, at the end of the day, the title he brought back to Fayetteville is an enormous accomplishment and he’s proud he could do so for a deserving fan base.

Richardson says the 94′ National Championship is one that belongs to the fans just as much as it belongs to those who were involved with the team, and it’s something he hopes Arkansasans can continue to hang their hats on.