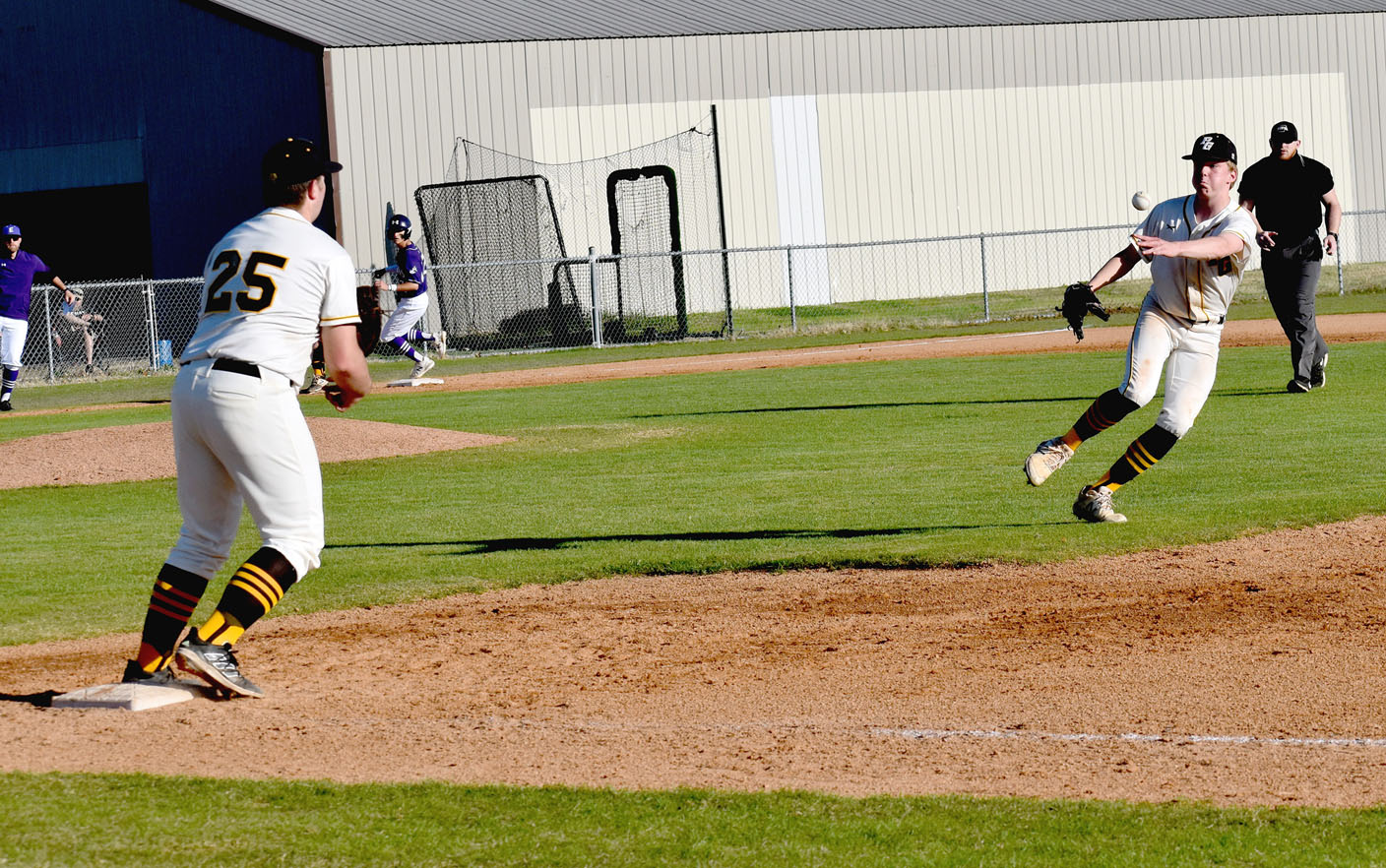 PRAIRIE GROVE, Ark.– Sophomore Ryder Orr dealt Horatio a double dose of trouble by pitching a four-hitter and going 3-for-4 at the plate in leading the Tigers to an 8-0 win Friday.

Horatio got out of a jam when Prairie Grove, playing as the visiting team in the Jarren Sorters Memorial Baseball Tournament, loaded the bases in the top of the fourth prompting Horatio coach Stephen Sprick to reprimand his squad for their performance in the field.

“It’s hard to imagine us doing anything worse than we’ve done and we’re only down by five,” he said.

Orr, however, had other ideas. He retired the Lions in order to complete the fourth preserving the 5-0 Prairie Grove lead.

Horatio turned a double play to end the fifth, but Orr struck out Grayson Wright and Prairie Grove tagged Dalton Dowell, who had earlier singled, when they caught him off base. Orr induced a groundout to finish off the Lions and Prairie Grove went to work at the plate.

Casey Shipley and Orr hammered out consecutive singles setting up Jackson’s Sorters’ RBI when he hit into a fielder’s choice.

Horatio erased the goose egg in its last at-bat, but couldn’t do anything more and lost 8-1.

Goforth, McDonald’s All-American from Fayetteville, will transfer to Arkansas from Oregon State

Coach Nolan Richardson looks back to the 94′ national championship