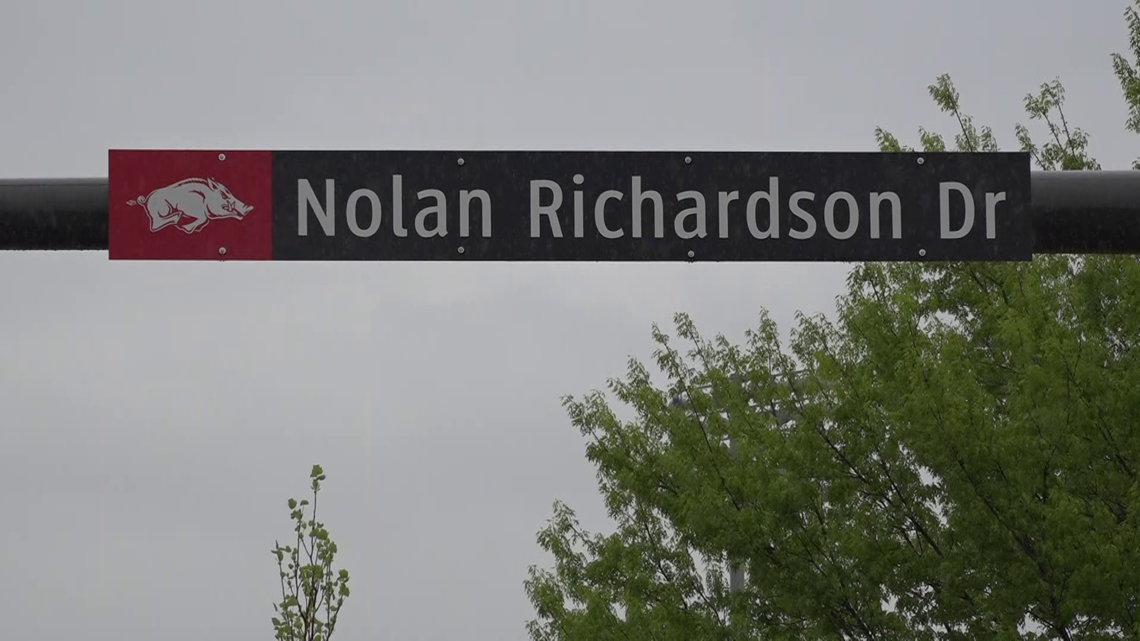 FAYETTEVILLE, Ark. — The City of Fayetteville renamed two streets Friday (April 16), one after a war hero and the other after a Razorback coaching legend.

The name change comes after it was requested by the University Black Alumni Society and the Fayetteville City Council ultimately made the change. Hughes says she’s appreciative the council listened to why honoring Coach Richardson was so important.

“They agreed and voted unanimously to do this and really right some of the wrongs that have been done by coach Nolan. We are so elated and happy to be able to share in this moment with him today,” she said.

About a mile away from campus, Government Avenue, which runs in front of the Fayetteville National Cemetery, was renamed Lieutenant Colonel Leroy Pond Avenue.

Coach Richardson was not able to be at the unveiling in person today but said he was grateful for this honor.

Randy Coleman, who is a national championship titleholder from track and field under Coach John McDonnell, says he knows what it feels like to have your name and coach recognized. He says today, history was made.

“We were able to represent what equality really stands for because it’s certainly unfortunate to have two hall of famer coaches who have facilities named after them and the other one doesn’t…imagine how that feels, so to know that we are able to do that for coach Richardson and to be part of such a historic moment is priceless,” he said.