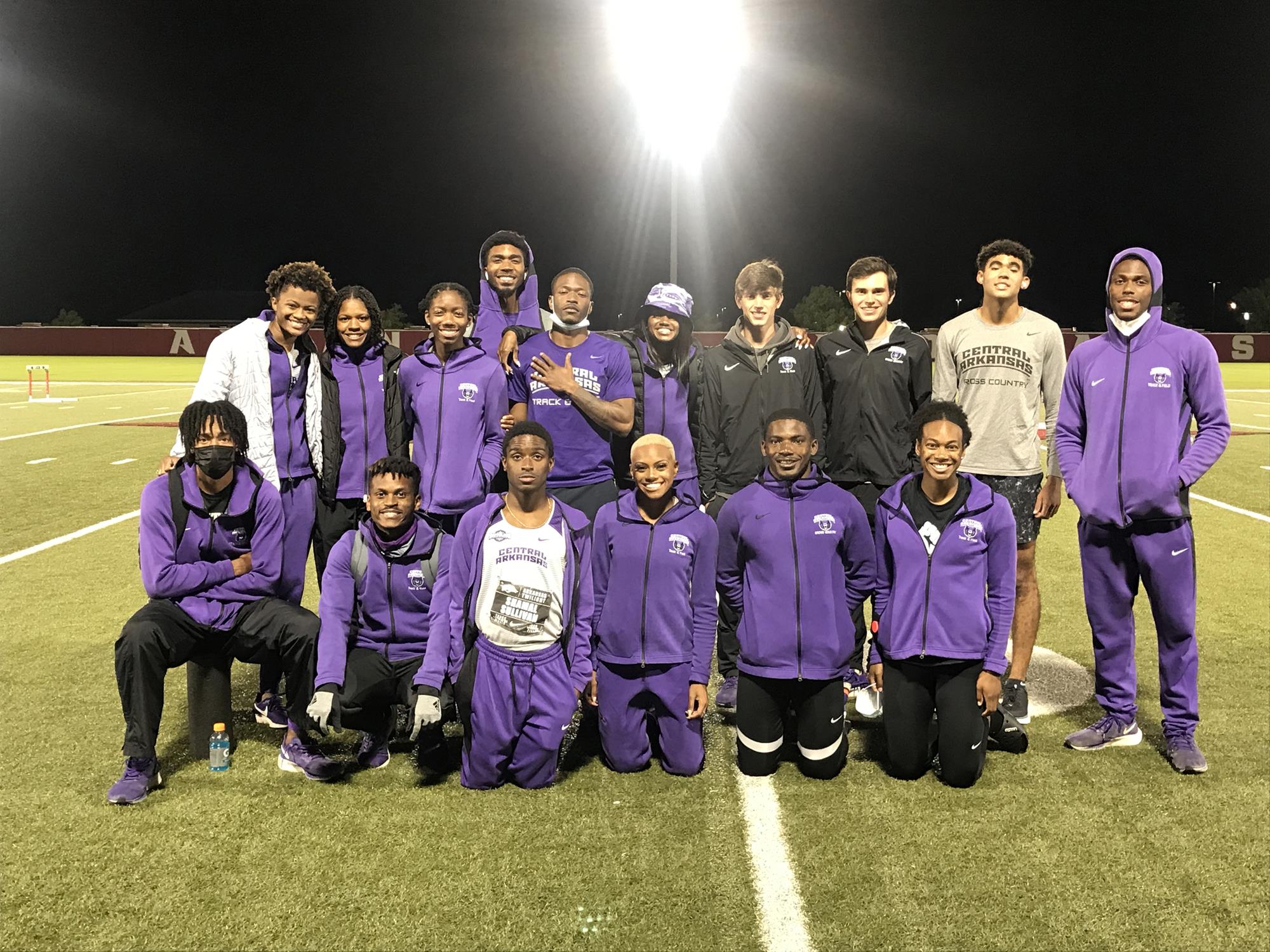 FAYETTEVILLE, Ark. – The University of Central Arkansas men’s and women’s track teams returned to Fayetteville for the Arkansas Twilight on Friday. This was the last chance for student-athletes to register qualifying times for conference meets.

The squad of Tamera Rhode, Tyler Rose, Aysha Anderson, and Ajah Criner placed second in the 4x400m relay with a group effort of 3:43.93. They set a new UCA record in the process.

The team of Rose, Criner, Ayana Harris, and Kendelle McCoy won the 4x100m relay with a combined time of 46.53.

Joshua Armstead, Tristan LaVan, TJ Robinson, and Ryan Yarde came in second in the 4x400m relay with a squad effort of 3:11.53.

Bruce White, LaVan, Zachary Jewell, and Emmanuel Olie placed third in the 4x100m relay with a group mark of 40.81.

Jordan Atkins recorded the fifth-best time in the prelims of the 110m hurdles with an effort of 14.46. In the finals, he finished second with a mark of 14.26.

Arkansas’ Pitching Gets Headlines, But Bats Have Been Impressive as Well