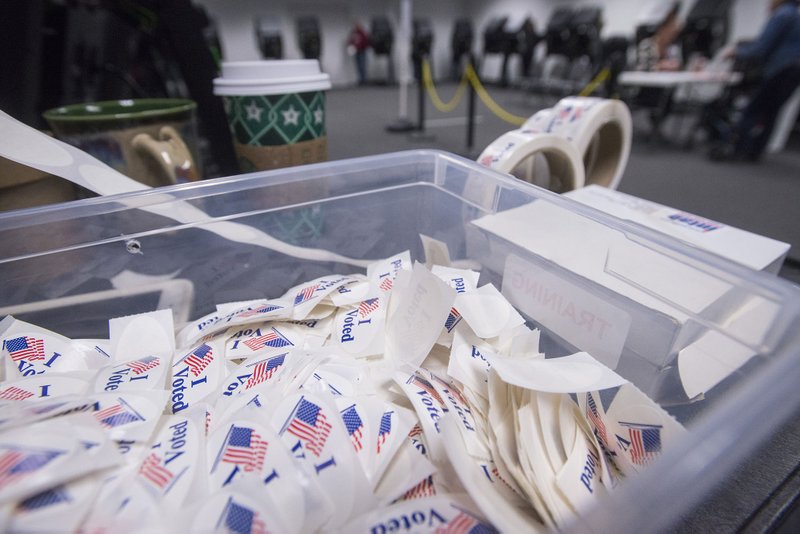 FAYETTEVILLE, Ark. — Arkansas voters will see half as many initiatives on their ballots this year than they have heard about, a forum Tuesday informed viewers.

Three of six measures were kicked off the ballot by court action, and one of those remaining is still subject to appeal. Discussion of the court rulings took up much of an hourlong ballot issue forum hosted by the Washington County League of Women Voters by video conference. At least 30 people linked in to the conference, asking questions by email and computer chat.

“It has been difficult — and disheartening — to keep up with what referred issues or initiatives are even still under consideration, let alone what they all mean,” the announcement for the 6 p.m. forum said.

Kristin Higgins of the University of Arkansas Division of Agriculture’s Public Policy Center served as featured speaker at the forum, with league member Laura Kellams as host.

The three surviving, so far, issues on the ballot were all referred by the state Legislature:

• Issue 1 is a state highway finance measure, which would permanently add a 1/2-cent sales tax to the state constitution, replacing a 1/2-cent temporary tax passed in 2012 and due to expire in June 2023.

• Issue 2 would change the state’s term limit law. The current law limits legislators to 16 years total, however much of that time is spent in either the House or Senate. Issue 2 would change that to 12 years but allow a lawmaker to run again after taking four years out of the Legislature. For instance, a lawmaker could serve 12 years, take four years out and then run again and serve another 12 years, repeating indefinitely.

• Issue 3 would increase the requirements for getting either an act or constitutional amendment on the ballot by petitions from voters.

Issue 3 survived its initial court test but the ruling is subject to appeal, Higgins said. She also warned Issue 6, which would have changed legal definitions to allow optometrists to do surgical procedures, was declared invalid by a court ruling so late in the process it may still appear on some Arkansas ballots.

Most questions from participants asked for clarifications about details of the ballot issues. For instance, one question was whether money raised by Issue 1, if it passes, could be used for trails, such as walking and bicycle trails. Higgins said that wasn’t specifically addressed in the proposal’s text but there’s a general provision for “other surface transportation” that could allow such use.

The proposed road tax wouldn’t increase the state’s sales tax rate of 6.5%, which is the ninth-highest among the 50 states, Higgins said.

The Legislature has proposed 124 amendments since the current constitution was adopted in 1874, Higgins said. Of those, 71 were approved. Another 77 were placed on the ballot since the law allowed that, beginning in 1912. Of those, 36 passed, she said.