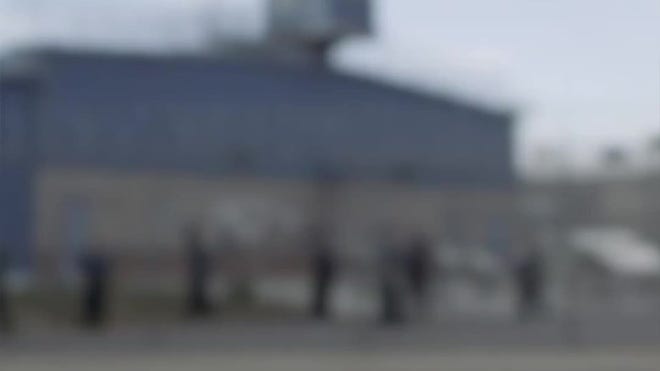 Arkansas  – A controversial prison utilization study that has local government officials and businesses fretting over the future of Bent, Crowley and Otero county communities was released in January.

The study stems from a 2020 bill that originally sought to close all remaining private prison facilities in Colorado within five years, including those in Bent and Crowley counties. Those in favor of closing private prisons hope to see reduced prison sentences and fewer people incarcerated in Colorado.

A common argument by proponents of the bill is that for-profit incarceration is exploitation of people and doesn’t incentivize correctional facilities to actually pursue effective inmate rehabilitation.

But many county and municipal officials in the lower Arkansas Valley contend that the area’s local economies are doomed without the stimulating property tax revenues and job opportunities the prisons provide.

The prison study included recommendations on ways for Bent and Crowley counties to diversify their economies through attracting or developing other local industries such as agriculture and manufacturing, but many public officials and residents are skeptical that any such efforts would be effective.

They reason that their already disadvantaged economies are unattractive to outside industries, and the matter isn’t helped by other issues such as locally owned water rights being sold to out-of-county entities.

Recommendations formed by the study’s engineers, RPI Consulting and CGL Companies, are that the state’s current prison population be maintained and for current facilities, including the CoreCivic-owned correctional facilities in Bent and Crowley counties, remain open at this time.

Key findings of the study are that the Bent and Crowley County Correctional Facilities provide substantial revenues for local governments and other public service providers in each area.

“Unlike state-owned correctional facilities, privately owned prisons are required to pay commercial property tax, which is used to fund local governments, fire protection, ambulance service, schools and other public services,” according to the Economic Analysis report within the study. “As large and intensive facilities, correctional facilities are major customers for water, sewer, electrical and solid waste utilities and they pay a large portion the [sic] of the revenues to the local government enterprises and organizations that provide public utilities.”

That Bent and Crowley counties rely on property tax revenues from the private prisons there is the main point commissioners from each area hammered home at two public input hearings held Nov. 30, 2020, and Dec. 1, 2020.

Some public officials were placed on a Department of Local Affairs advisory committee to assist in the study as mandated by the bill that passed in 2020. Requirements for the advisory committee were that it consist of at least two county commissioners from each county that has a private prison.

“As this legislature considers actions based on the findings of this study, we would urge you to note that the removal of the Bent County Correctional Facility would be devastating to our community and on all Southeastern Colorado,” MacDonnell said.

She described the nearly 30-year-long relationship between Bent County, the state and the private sector and how the Bent County Correctional Facility grew out of a need to address state budget challenges and a growing prison population.

“There are some who suggest that rural communities should not have relied on prisons for economic development,” MacDonnell said. “In this case, it was the county that stepped up to meet the state’s needs.”

Local leaders are always searching for ways to diversify their economy and to provide opportunities to young people in order for them to thrive without leaving the community, said MacDonnell.

“The reality of rural economic development includes embracing industries that may not be welcomed in other facilities,” MacDonnell said.

Arbuthnot of Crowley County recognized the tumultuous state of the prison population, which the study found to be in decline except for a rise in violent offenders in 2019.

COVID-19, as both the study and Arbuthnot point out, has cast doubts on long-term forecasts of where the state’s prison population is headed.

The commissioner used that premise to frame his point that “no single industry closure in the metro counties would have the dramatic result that closure of either prison would have in Crowley and Bent counties.

Klein of La Junta in Otero County said he agreed with other public officials’ sentiments that the closure of either or both facilities would have “devastating” consequences for Bent, Crowley and surrounding counties where CoreCivic employees live.

The facilities in Bent and Crowley counties were built in the 1990s, following the trend of private prisons opening to fulfill the state’s needs for more prison beds

“It was right; it worked,” Klein said. “The study showed me that private prisons are cost-effective and are great partners with the communities that they are in.

“… The people who work there go back into their respective communities and volunteer for their school boards and fire departments as well as other organizations. It appears that programming is problematic throughout the system due to availability in certain prisons due to limitations in the private contractor’s contracts.”

Klein said he agreed with the study’s conclusions that with recommendations in light of COVID-19 and a backlog of prisoners in county facilities, there should not be any reduction of prison beds for at least five years to see how circumstances evolve.

There was no shortage of public input from local CoreCivic employees and other supporters of the Bent and Crowley facilities during the late-2020 hearings, but the meetings did not go without input from critics, either.

Residents voicing their support of keeping the private prisons open referenced the crutches that prison property tax revenues and job opportunities provide to their communities.

Leif Berg has worked as a banker in Crowley County more than 20 years and has served on the school board there for more than 10 years. The effects of losing Crowley County Correctional Facility would be disastrous to the district’s finances, he said.

“Our community is a much stronger community with the prisons here, economically for sure,” Berg said. “The ups and downs of the prison have affected our school student counts as well as financial wherewithal with the school substantially over that time.”

Davis said the fear of the prisons closing has been ongoing and he is worried that taxpayers will then have to make up the difference.

“Our high school is 100 years old,” Davis said. “We’ve tried three times since my tenure on the board to do, once, a new construction, and a couple times for remodeling. One of the chief concerns is ‘What happens if the private prison goes out?’

“It seems like that’s always over our heads as to, ‘You guys are going to take that away from us and the taxpayers are going to have to pick that up.'”

Former Otero County Commissioner Keith Goodwin also stressed the impact to property tax revenue and lost job opportunities the Bent/Crowley closures would have on Otero County, which is located between the other two counties.

Goodwin questioned the long- and short-term goals of the potential prison closures and how closure could lead to an unwanted domino effect that ends up hurting other area businesses.

“This is not the first time that the state has changed the number of prisoners and then turned around and had another prison built,” Goodwin said. “Prison restructuring is not only about the capacity and the budget, but the results of the people that’s in the prison and the families and the communities that’s associated.

“You get a small community as in Bent County or in Crowley County, and you lose 30% of anything, and you reach the tipping point where other businesses cannot survive. So what happens to that, a continual degrading of the environment until there’s no longer a viable business. Then they close up.”

Crowley County Correctional Facility Vocational Instructor Ken Baylor talked about the vocation trade program he oversees that is offered to inmates at the private prison in Crowley County.

Temperatures could hit near-record lows in Arkansas next week

Arkansas Gov. Hutchinson says debate over the anti-trans bill he vetoed is about ‘the future’ of the GOP