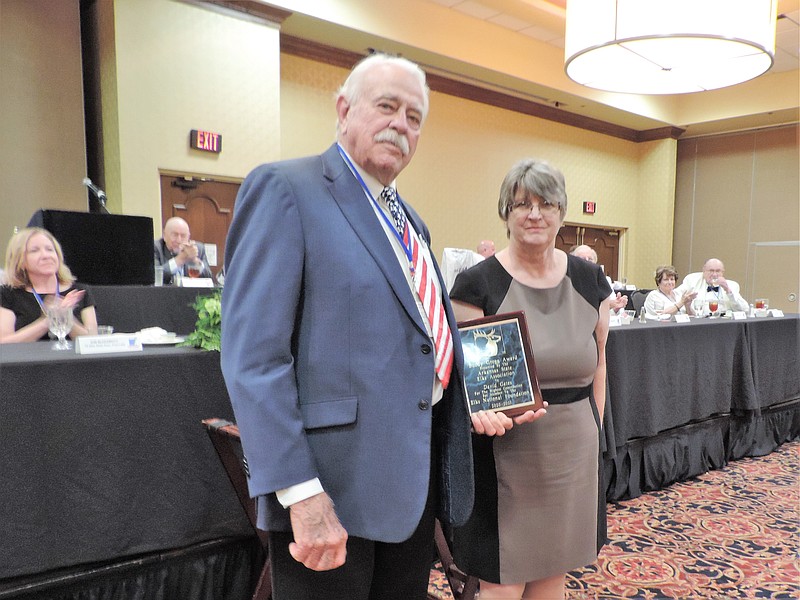 Gates received the Buddy Gregg Award at the Elks’ state convention, which cited Lodge 380 for having the “highest per capita donations to the Foundation, due to his efforts and leadership.”

The Elks National Foundation is the charitable arm of Elks, which disburses more than $34 million annually, awarding more than $4.5 million in college scholarships each year, supporting youth programs, meeting needs of veterans, and “funding projects that improve the quality of life in areas where Elks live and work,” it said.