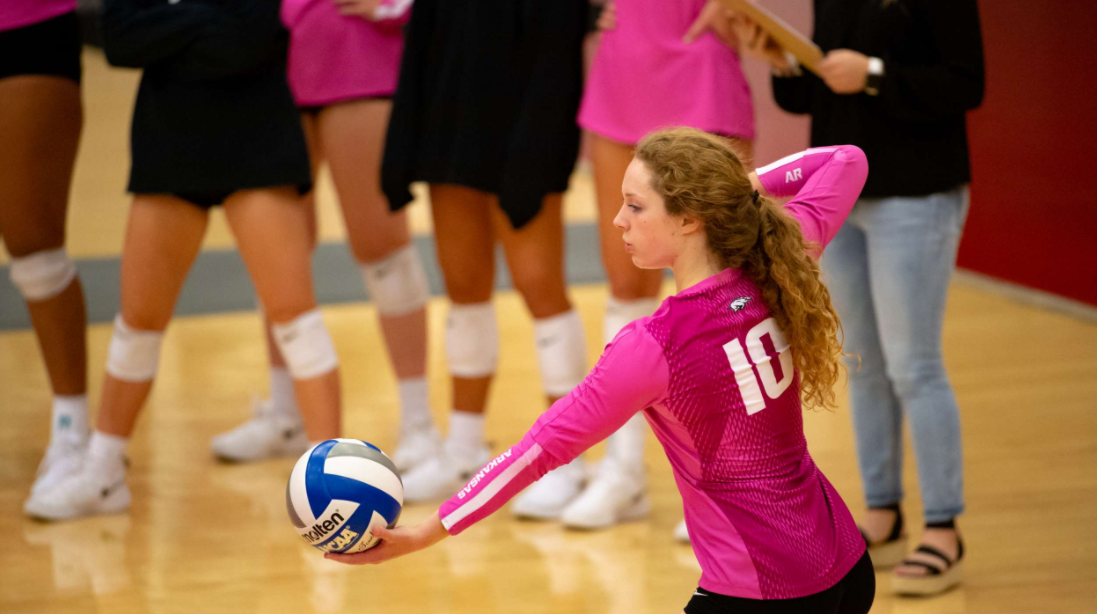 FAYETTEVILLE, Ark. – The University of Arkansas volleyball team is calling all Razorback fans to flock to Barnhill Arena for the Hogs’ final home series of the 2020-21 season. The Razorbacks host South Carolina for Women’s Empowerment Weekend on Friday and Saturday, March 19-20. As a part of Women’s Empowerment Weekend, Arkansas will be celebrating its six seniors on Saturday.

Arkansas (12-8) looks to continue its dominant performance at home, currently sitting at 7-3 when playing in Barnhill Arena. The Razorbacks head into the weekend after splitting a series with Tennessee last weekend, each match ending in four sets. In the Hogs’ 3-1 win over the Volunteers on Sunday, Arkansas not only broke a three-match losing streak to Tennessee, but also set a new season-high with 61 kills and 58 assists in four sets, registering an impressive .304 hitting percentage as a team.

Freshman Taylor Head had a well-rounded weekend in the cardinal and white. She recorded her league-leading 12th double-double, keeping in mind that no other player outside of the Razorback roster has more than seven. Head finished the two-match series with 24 kills and 21 digs. On the receiving end of the court, the Florida-native recorded 28 reception attempts over the weekend and committed not a single error, improving her season average to .984.

The Gamecocks head to Fayetteville with a 12-8 record as well, as the two teams are currently tied for fifth place in the Southeastern Conference. Looking back at its last three series, South Carolina is 3-3 and has been out-hit .273 to .240. The offensive load has been carried by freshman Riley Whitesides, who is hitting .282 along with her 3.95 kills per set.

Arkansas leads the all-time series with South Carolina, winning 27 of the 41 meetings. When playing in Fayetteville, the Razorbacks hold a 13-6 advantage over the Gamecocks.

The two teams met twice last season and Arkansas dropped both, including a five-set thriller against the Gamecocks at home. In the nail-biting loss, seniors Elizabeth Pamphile and Devyn Wheeler and sophomore Jillian Gillen each tallied double-digit kills, alongside senior Savannah Downing who posted a season-high 22 digs for the Razorback defense.