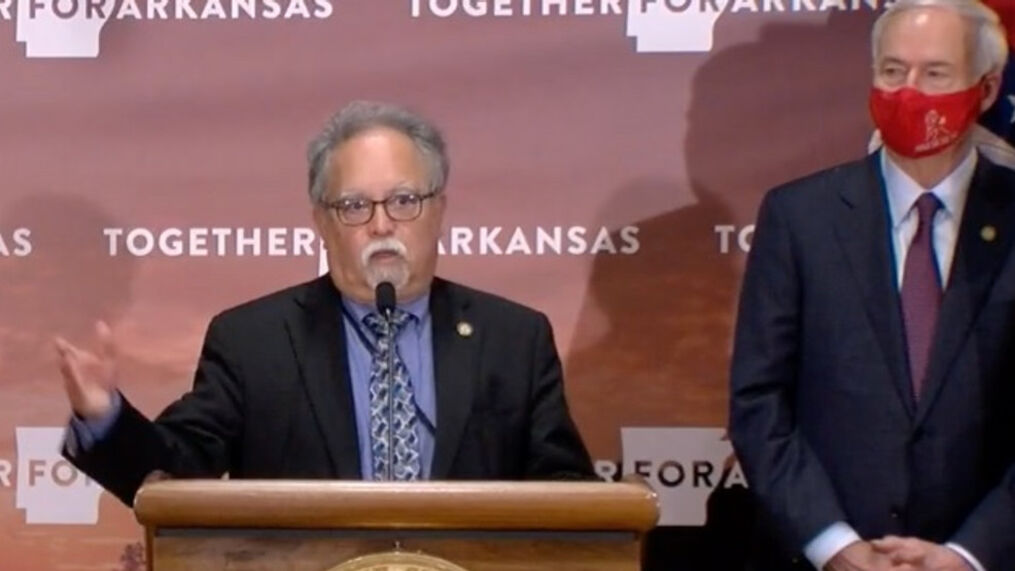 Arkansas — Arkansas’ top health official was confirmed by the state Senate despite pushback from some Republican lawmakers over the state’s handling of the coronavirus pandemic.

The Senate voted 25-8 to confirm Dr. Jose Romero as state health secretary. Romero was named permanently to the position by Gov. Asa Hutchinson in August after serving about four months as interim secretary.

Romero faced a rare confirmation fight, with critics opposing him over the state’s restrictions and over his position on hydroxychloroquine, an anti-malarial drug touted by former President Donald Trump as an effective treatment for COVID-19.

“We’re just saying, you know what, there are plenty of doctors and physicians and experts in this state and this country that could fill this role that might just have a little better presence about them,” Republican Sen. Jason Rapert, who opposed Romero’s confirmation, said.

A former part-time doctor at the Conway Human Development Center told lawmaker last year she resigned because she didn’t believe she could prescribe hydroxychloroquine to the center’s residents. Romero said he didn’t endorse or recommend the drug, but didn’t prevent any doctors from using it.

Romero has led the department throughout most of the pandemic, and supporters defended his work.

“He’s a scientist, he’s a doctor and I don’t believe our governor just summarily or without any kind of thought or review of this man’s record would have nominated him if he wasn’t qualified to continue as director of the health department,” Flowers said.

Romero’s confirmation is the latest tussle Hutchinson has had with some fellow Republicans over his handling of the pandemic.

Hutchinson last month signed a new law that expands the Legislature’s ability to terminate an emergency or orders issued under it. A legislative panel last month rejected an attempt to end the emergency declaration under the new law.

He also vetoed a bill that would have required the state to refund fines levied on businesses for violating virus safety rules. A lawsuit filed by a group of GOP legislators challenging the state’s virus restrictions is pending before the state Supreme Court.

he governor said he was very pleased by Romero’s confirmation.

“Anytime you are in a position of responsibility during a pandemic you will undoubtedly suffer some criticism and second guessing,” Hutchinson said in a statement. “His confirmation is a recognition of his experience, leadership and devotion to public service.”