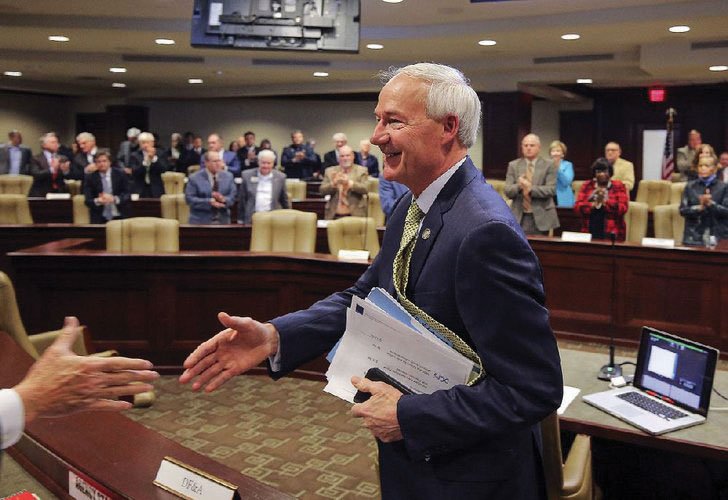 FAYETTEVILLE, Ark. — Gov. Hutchinson highlighted the challenges of competing for medical equipment with other states.

He said he was on a call with President Donald Trump and Vice President Mike Pence and other governors earlier today.

He said it is clear the focus is on hotspots like New York, California, and New Orleans which makes it difficult for other states to get the supplies needed.

“We can place an order and, as I’ve said before, the Department of Defense might come in and say ‘Well we need that,’” Hutchinson said.

Gov. Hutchinson said right now the state is engaged in larger purchases so we can compete with others around the country and internationally to acquire the products.

Today, the Governor approved an additional $45 million in funds for PPE and ventilators.