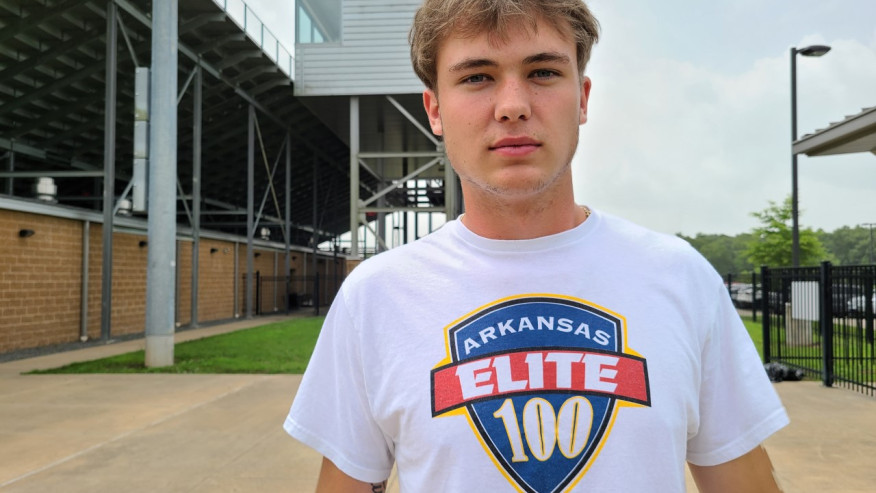 FAYETTEVILLE, Ark. — Arkansas currently has four public commitments for the Class of 2022 with three of them on offense.

Here’s an overview of where Arkansas is at offensively recruiting in the Class of 2022. Obviously it’s still early and names will change, but here’s a look at some of the prospects it’s known the Hogs are targeting right now and could sign.

At quarterback, Arkansas will likely just sign one in this class. Atlanta (Ga.) Pace Academy four-star MJ Morris, 6-1, 175, is a key target. He has offers from all the major powers in the nation with Alabama among the competition for him. As a junior, Morris completed 80 of 133 passes for 1,180 yards, 14 touchdowns and three interceptions. Morris also rushed for a couple of touchdowns.

The Hogs are likely to sign two running backs. Right now the smart money is on that being Dubinion and Little Rock Parkview standout James Jointer, 6-0, 210. Jointer recently released a Top 8 and is expected to narrow that list very soon. Parkview head coach Brad Bolding says Jointer is “an elite running back.” Dubinion is considered among the best in Georgia.

Courtney could be joined by one more tight end in the class. Arkansas’ numbers there are down just a little and new assistant Cody Kennedy will correct that issue. Signing Parkview’s Erin Outley last year was big for the Hogs and getting Courtney is also big.

Kennedy offered Cincinnati (Ohio) Anderson tight end Brody Foley, 6-6, 232, on Saturday. Foley offers a mismatch to opposing offenses. He lines up at tight end, wide receiver and linebacker as well as even defensive end in various situations. The Anderson staff does a great job of utilizing Foley. Arkansas hasn’t had much success in Ohio since the latter years of Frank Broyles and then Lou Holtz when they got a small pipeline into Youngstown, but Foley would be a great get. The Hogs have several other tight end offers out as well.

Arkansas has offered two in-state wide receivers and it’s possible they don’t land either. Clarendon’s Quincey McAdoo, 6-3, 175, has committed to Florida State. Fayetteville Isaiah Sategna, 5-11, 170, has Arkansas on his list, but is looking hard at schools such as USC, Oregon, Texas A&M and LSU would be a key threat if they offer. Both his parents went to school there. His father is currently an assistant with the track program.

The Hogs are on several out-of-state wide receivers and seem to be doing well in Texas. Among them are Lancaster (Texas) High School’s Phaizon Wilson, 6-4, 200, who has the Hogs in his Top 3 along with Alabama and Ole Miss. Houston (Texas) Klein Cain’s Matthew Golden, 6-1, 190, has several offers and is impressed with Kenny Guiton, Arkansas’ new coach of the wide receivers. Gladewater (Texas) High’s DJ Allen, 6-0, 192, is another target for the Hogs and is a four-sport standout for his high school.

On the offensive line it appears the Hogs will sign four or five. Henderson is a standout and already committed. Two very high priorities in the state are Maumelle’s Andrew Chamblee, 6-7, 290, and Joe T. Robinson’s E’Marion Harris, 6-6, 310. Both are four-star recruits. Assuming the Hogs get those two with Henderson that will allow them to be very selective on the remaining one or two targets.

Among the other targets are such names as Gautier (Miss.) High’s Bryson Hurst, 6-6. 340, Paintsville (Ky.) Johnson Central’s Grant Bingham, 6-6, 302, and Leesburg (Ga.) Lee County’s Qaeshon Sapp, 6-5, 310. Those are among the offensive linemen known to have done virtual visits in recent weeks with the Hogs. Arkansas has several other offers out as well.