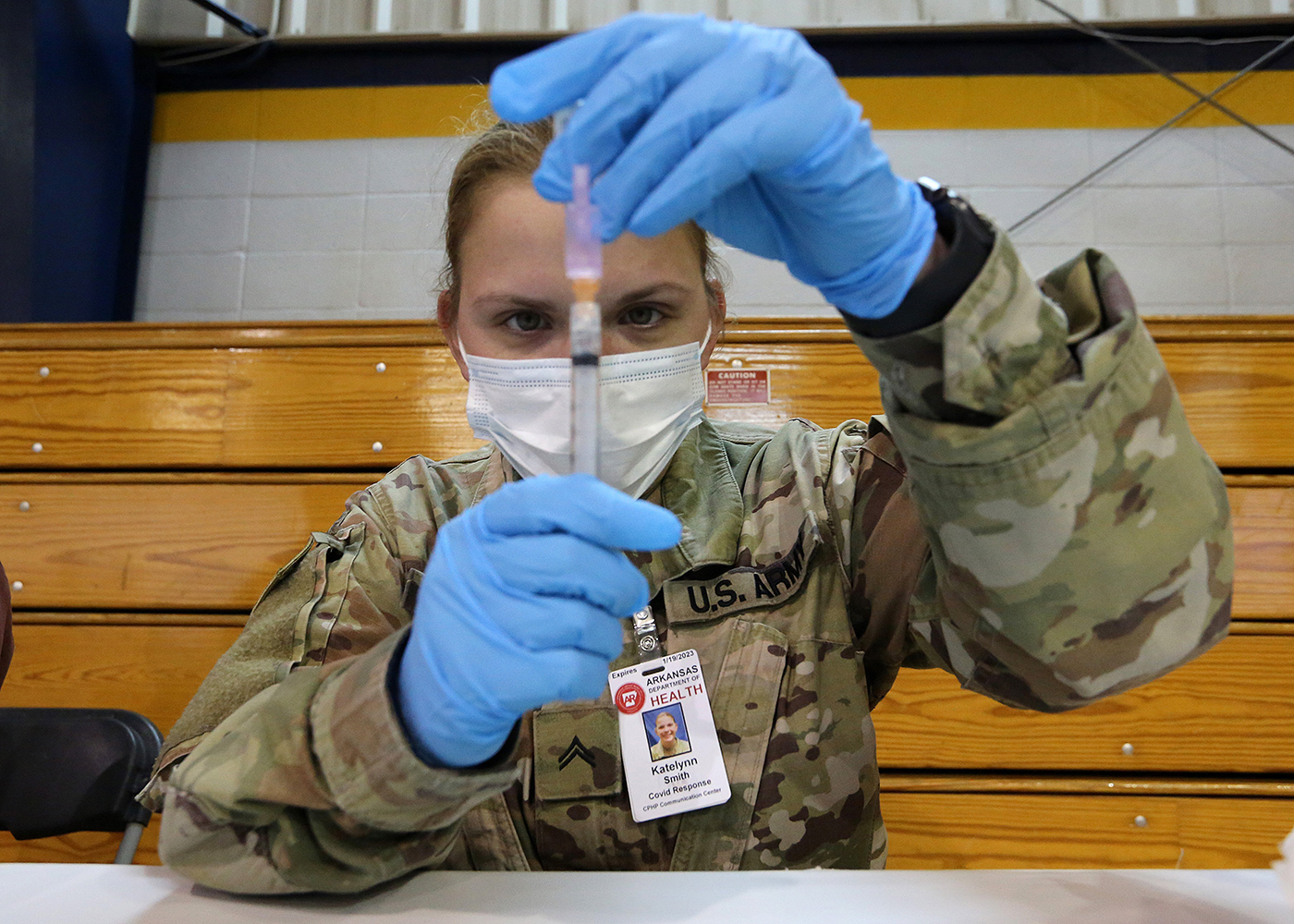 Thirteen days after announcing a “short pause” so safety concerns could be addressed, Hutchinson said the restriction has been lifted.

“The resumption of the J&J distribution allows us to say with confidence that the vaccine is as safe as the first two. This will re-energize our campaign to persuade everyone to be immunized,” he said in a written statement.

The U.S. Centers for Disease Control and Prevention and the U.S. Food and Drug Administration had recommended the temporary halt April 13 after six recipients — none in Arkansas — developed a “rare and severe type of blood clot.”

In a joint statement at the time, the agencies said they were making the recommendation “out of an abundance of caution.”

On Friday, the agencies recommended that the pause be lifted after conducting what they called a “thorough safety review.”

Of the 6.8 million people to receive the immunization, only six were known to have experienced the blood clots, the agencies said, finding that “the vaccine’s known and potential benefits outweigh its known and potential risks in individuals 18 years of age and older.”

“Vaccinations are the only way we can bring this global pandemic to an end. Now that the pause is lifted, the J&J vaccine will be available through many pharmacies and Arkansas’ local public health units,” he said, adding, “Don’t wait any longer to get your shot.”

More than a million people in Arkansas have now received at least one dose of a covid-19 vaccine.

Monday, the state Department of Health reported that an additional 3,102 doses had been administered, increasing the total to 1,646,751.

The small increase in cases may be a reflection of relatively low testing, according to the state epidemiologist, Dr. Jennifer Dillaha.

“Hospitalizations jumped up by 18 people, so that leads me to believe that there may be more cases out there that are unrecognized,” she said.

Hospitalizations rose from 152 to 170 on Monday; 27 of the covid-19 patients were on ventilators, up three from the previous day.

Since the start of the public health emergency, covid-19 has resulted in 15,764 hospitalizations and 5,720 deaths. Two of those deaths were reported Monday.

Benton County, with 12, had more new cases than any other county. It was trailed by Craighead (seven new cases), Pulaski (six) and Washington (six) counties.

Over the past week, the department had reported administering 107,989 doses of vaccine. That’s down from the 134,886 reported during the previous week.

“We still have a long way to go before we have the vaccination rates that will be protective for our communities,” she said.

In addition to giving shots, they’re also providing accurate information to those they serve, he said.

“There’s a number of patients, including teenagers and young adults, who read things on TikTok or Twitter or Instagram that are false, completely false, and they need an opportunity or a chance to talk to their pharmacist or physician … to get more accurate and reliable information before they make a decision,” he said.

“That’s the phase we’re in right now,” he added.

The pause in the Johnson & Johnson vaccine made some patients hesitant to get a shot, he said.

“Most people recognize that that’s a very rare side effect,” he said.

It’s capable of administering 600 shots per day, she said.

At a mobile clinic in Little Rock on Monday, “the turnout was a little disappointing. We only had 12 people,” she said.

A drive-thru clinic in Northwest Arkansas is averaging 50-75 people per day; it has the capacity to administer 200 shots a day, she said.

A large covid-19 clinic at Simmons Bank Arena will be held Saturday.

“We do have registration online, but if someone just wants to walk in, that’s fine,” she said. “We’re accepting walk-ins, too, at any of our clinics now.”

Ozarks Community Hospital in Gravette also has plenty of available slots, according to Melissa Bradley, the hospital’s assistant administrator.

Of the 100 slots available for Thursday, 75 remained available as of Monday afternoon, she said.

If anyone’s looking to get a vaccine, “I would tell them to roll up their sleeves and come on in. We’ve got them and we’re ready to help people get back to their normal day-to-day lives and this is the first step in doing that,” she said.

UAMS to Provide COVID-19 Vaccinations May 4 in Rogers