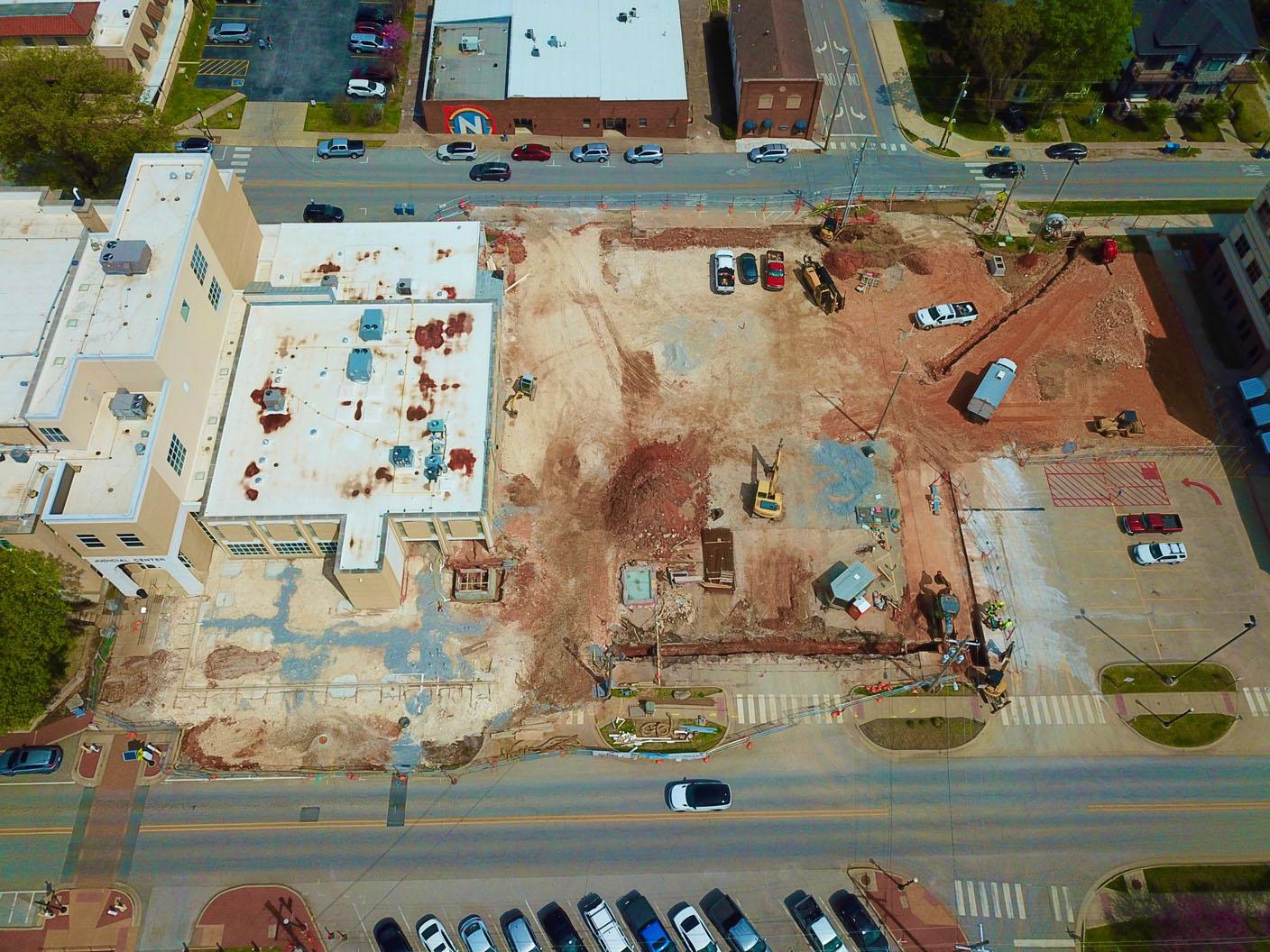 BENTONVILLE, Ark. — The building slab for a courthouse expansion will be poured early Tuesday morning, a county official said.

Bryan Beeson, county facilities administrator, said the work is set to begin at 4 a.m. Conditions need to be dry with temperatures above freezing to pour the concrete, Beeson said. Then, no work can be done on the pad for four days so the concrete can harden, he said. The expansion remains on schedule despite recent rain.

Steel work should begin the week of May 10, he said.

Construction of the $3.1 million expansion of the historic Benton County Courthouse began Feb. 1.

“It is very exciting that the courthouse project is at this point considering the project began with the onset of covid last year,” Justice of the Peace Susan Anglin said. “At completion of the project, we will have improved security, improved the conditions as you wait to enter the building and provide a new courtroom for the new judge.”

A new courtroom is needed for Christine Horwart, who became the county’s seventh circuit court judge in January.

Horwart’s courtroom and office will be on the second floor of the addition. A lobby will be on the first floor. The expansion will add 5,500 square feet to the 28,000-square-foot courthouse.

A vacant, one-story building east of the courthouse was demolished in December to make way for the expansion. The building had housed the Benton County coroner’s office.

Horwart’s courtroom and chamber are now in a remodeled area in the courthouse last used as a courtroom in 2012. Her courtroom is 888 square feet.

The construction also will allow for expanded parking on the east side of the courthouse and will add a connecting walkway from the courthouse to the Benton County Administration Building, said Channing Barker, county communications director.

The north half of the parking lot has been graded and will be paved the week of May 10 and should be open May 24, Beeson said.

All underground work has been completed, 3-foot deep footings have been set and the elevator shaft has been installed, Beeson said.

A new lobby will include two areas for deputies to provide a better flow into the building.

“Instead of just one line and one metal detector, there will be two lines and two metal detectors,” Beeson said. “This will allow faster check in/security for the new lobby entrance.”

The county has financed $3.1 million for the expansion. It secured the loan from Regions Bank for five years at 1.59% with no prepayment penalty, said Brenda Peacock, county comptroller. The Quorum Court approved the plan in July.

County Judge Barry Moehring told the Quorum Court on Thursday night the project so far is under budget.

The courthouse’s south entrance on East Central Avenue closed Jan. 29 in anticipation of construction. The front doors, at the top of a 16-step staircase on the building’s west side, are the only public entry into the courthouse.

Anyone who cannot walk up the front steps can call (479) 268-9611, and a Sheriff’s Office deputy will allow them to enter through a door on the building’s north side used by employees, Beeson said.

That plan will stay in place until the new courthouse opens in the fall, he said.